Once They Realized They Were Safe With The Officer, They Lapped Up All The Love And Attention They Could Get! 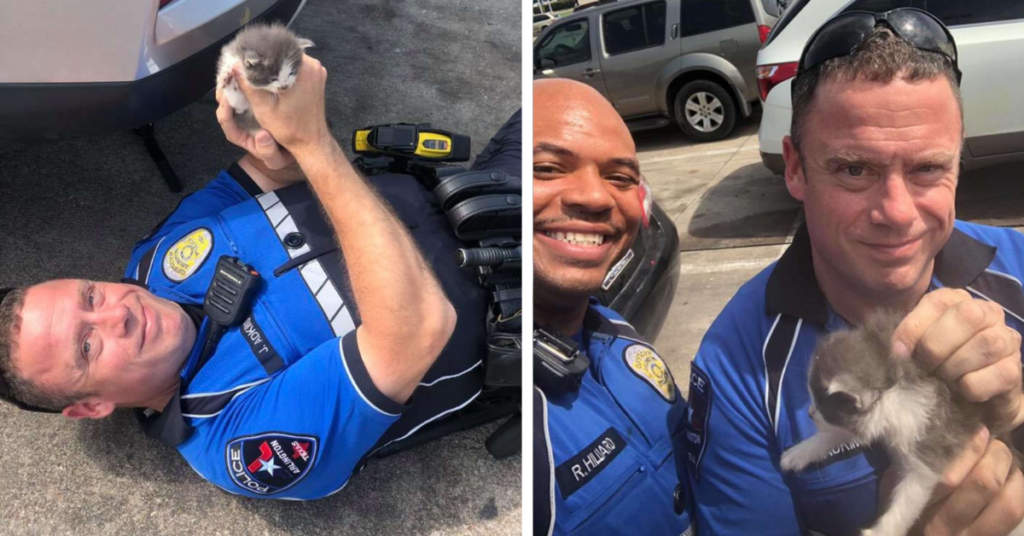 WHILE IN THE PROCESS OF FINISHING A SHOPLIFTING CALLOUT IN TEXAS AT A LOCAL TJ MAXX STORE, TWO POLICE OFFICERS SUDDENLY GET FLAGGED DOWN TO HELP WITH ANOTHER EMERGENCY.

Two kittens were trapped under someone’s car in the store’s parking lot.

Concerned for the tiny feline’s safety, the two officers went to the car in question to check the situation out and immediately heard tiny feline cries for help. 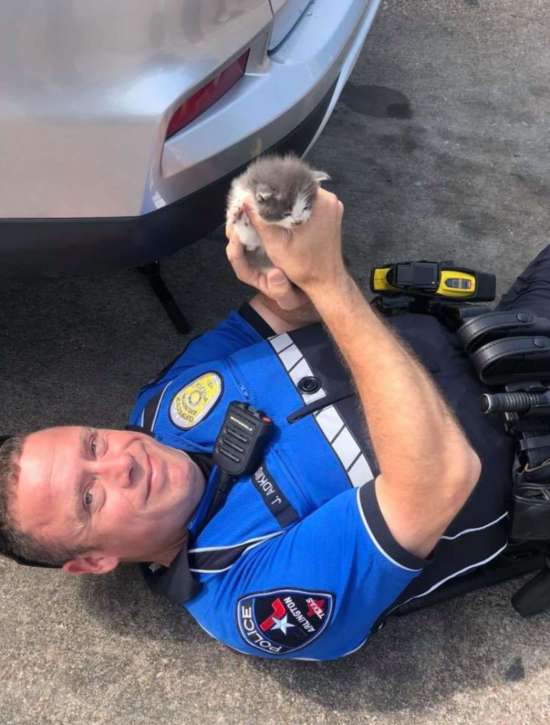 “They located the kittens inside the bumper where most likely the mother cat had placed them for some reason,” Jesse Minton, of the Arlington Police Department, told The Dodo. “The owner of the car advised she did not own a cat and had no idea how the kittens got in there.”

Once the officers had worked out where the pair were, Officer Joe Bob Adkins carefully reached under the car and gently removed the frightened kittens one by one. 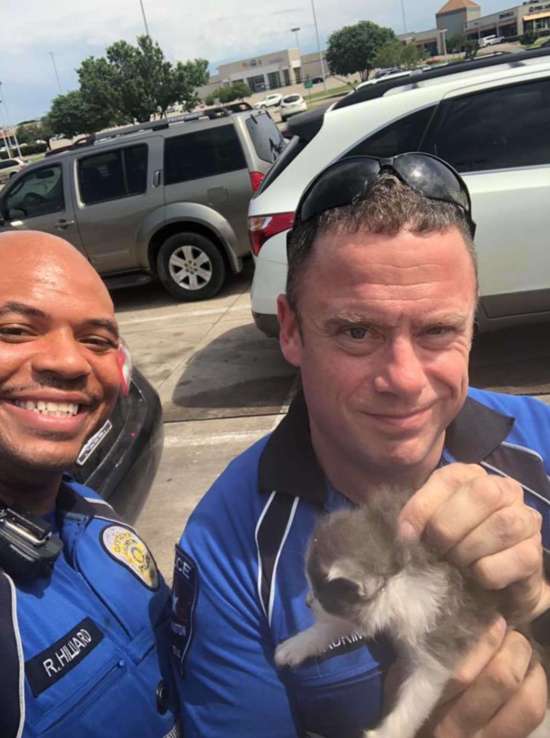 Once taken into safety, Officer Adkins took the kittens back to the patrol car and held them, trying to calm them down, making them feel safe and loved. Once they realized they were safe the kittens lapped up all the attention, they couldn’t get enough of him.

They adored the cuddling, curling up on his chest in the sweetest way. 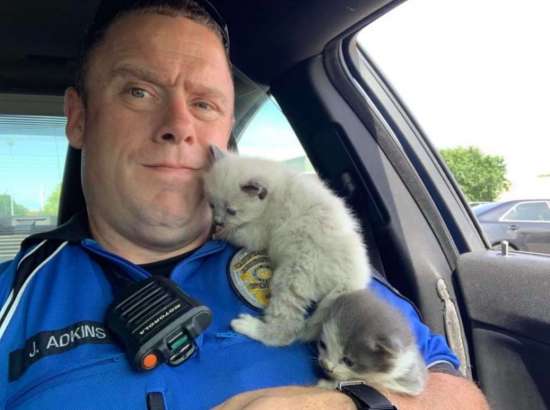 Once they had calmed, the officers took the kittens to a vet for a check-up to find out they were about 6 weeks old and considering what they had just been through, in pretty good shape.

Realizing the kittens must be hungry the two officers fed them kitten formula from tiny bottles, in the process falling more and more in love.

The more time they spent with their new friend Officer Adkins, the more the tiny kittens fell in love with him — so it didn’t take long for him to decide to officially adopt them into his family. 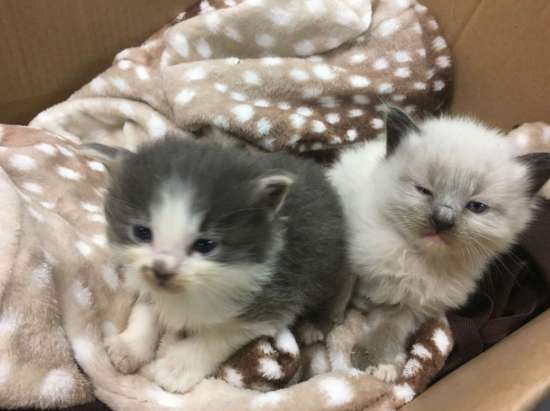