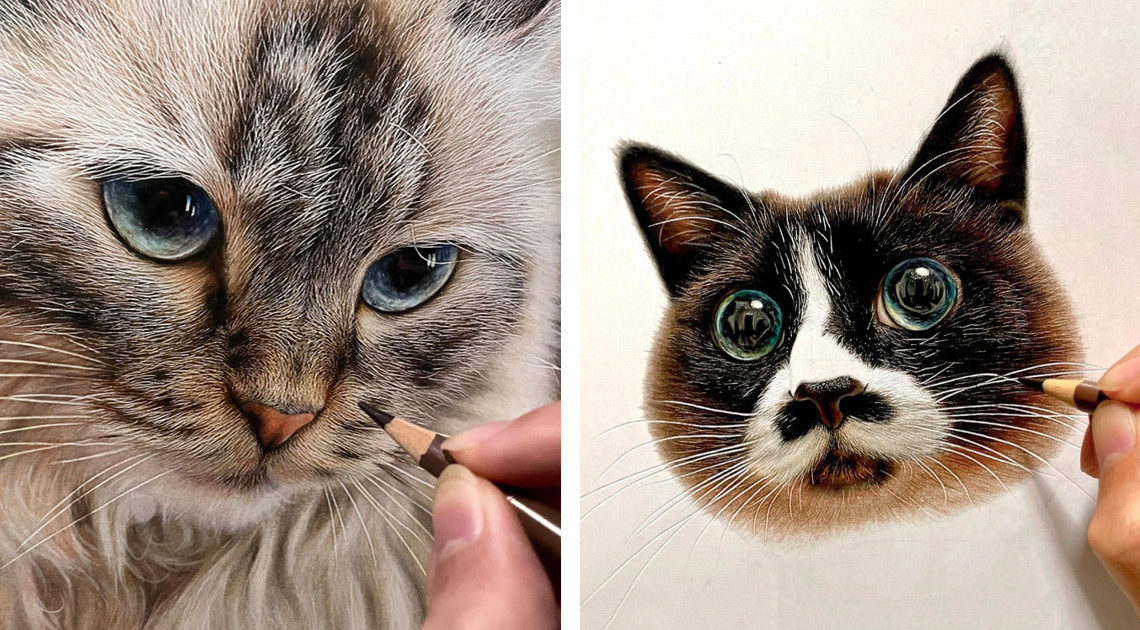 If you’re a cat lover who also happens to be into art, then you’re about to pleasantly surprised. Haruki Kudo is a Japanese artist who creates the most amazing photo realistic drawings of cats using only his colored pencils and his love for cats.

The artworks that Haruki creates are impossible to tell apart from the real thing. Real cat to cat drawing? The attention to detail is just astounding.

The 20-years-old artist puts a lot of time and attention into his work, which has paid off by allowing him to capture the attention of many people from all around the world. This seems especially true for the attention of cat lovers!

Scroll down and check out his amazing artworks, you really might find it hard to believe these are just drawings of cats and not real-life cats. 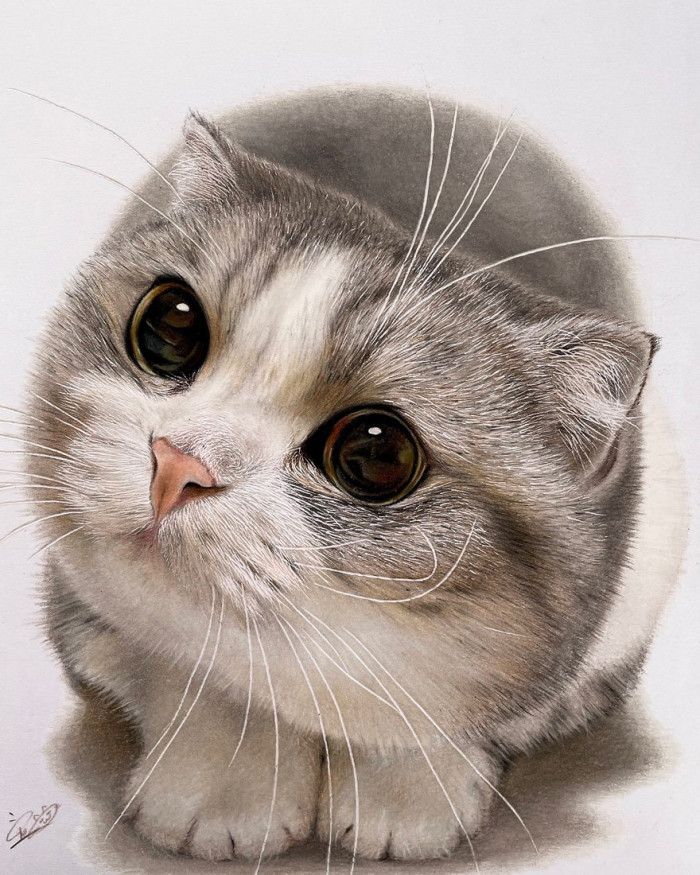 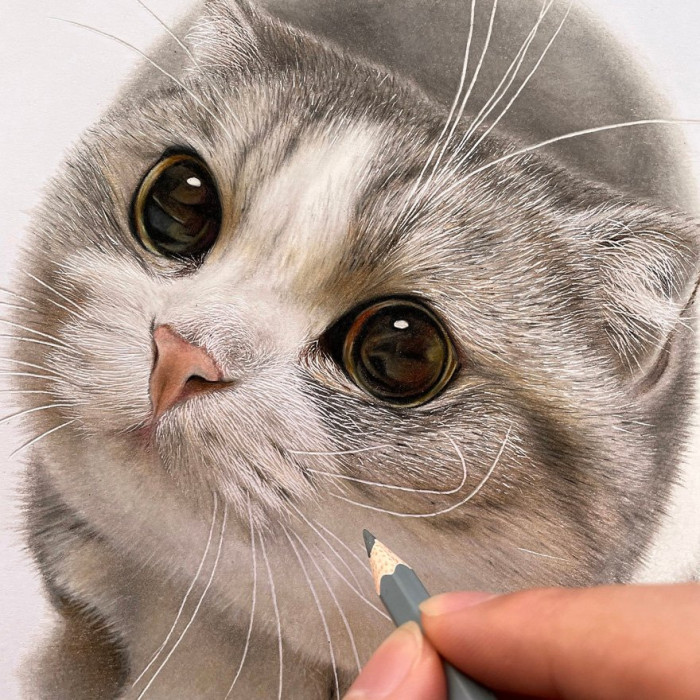 Haruki also allows his followers to see the creative process behind his artworks, seeing the drawing process from scratch is simply fascinating. 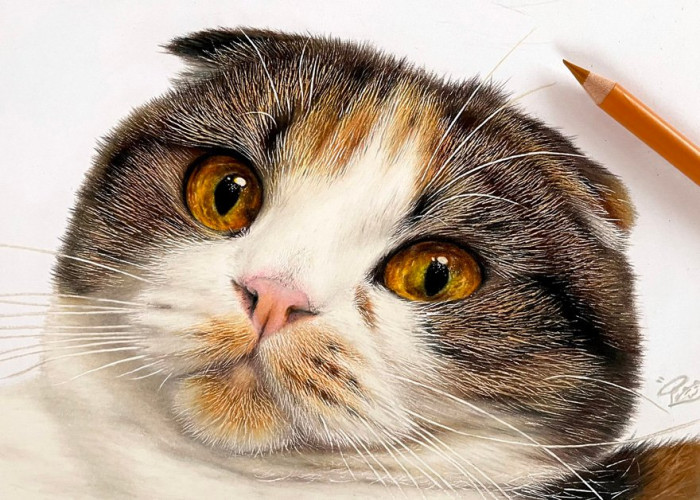 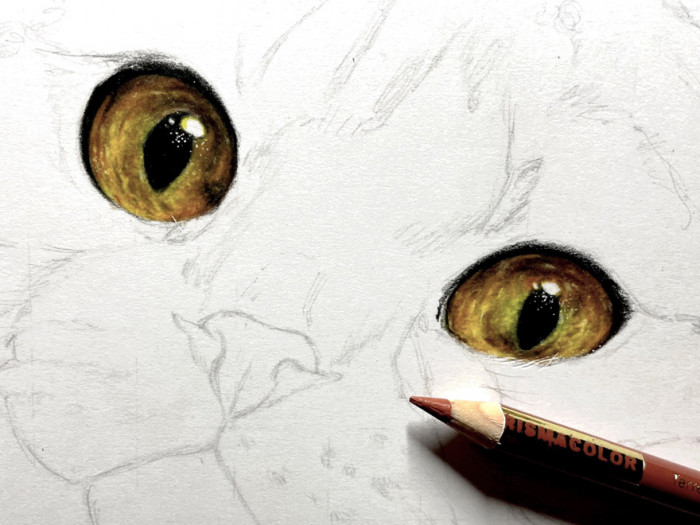 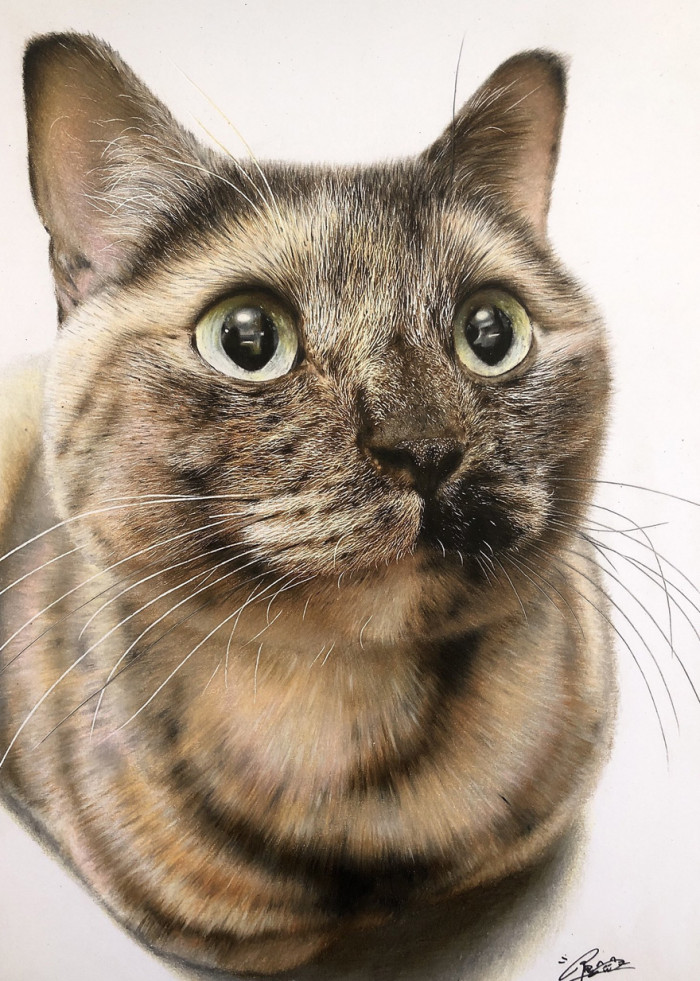 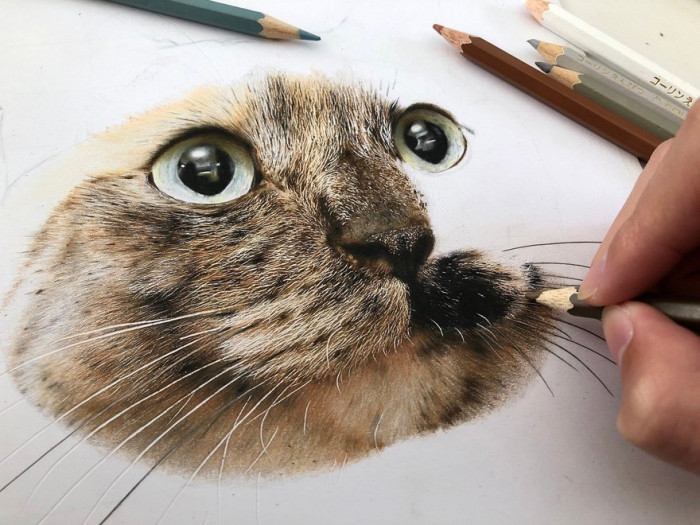 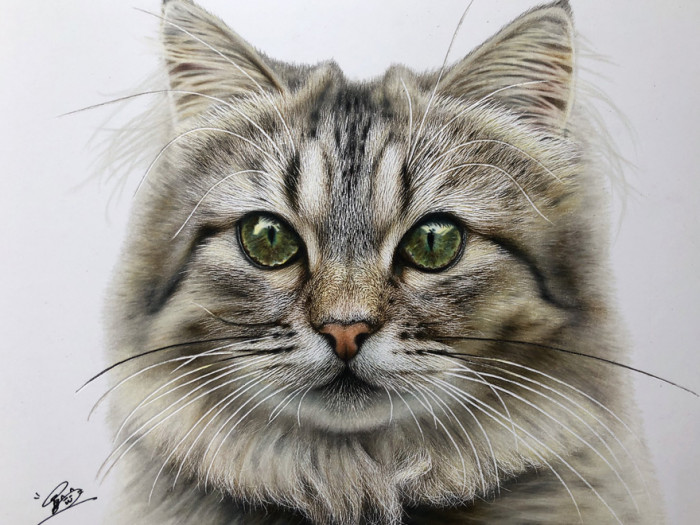 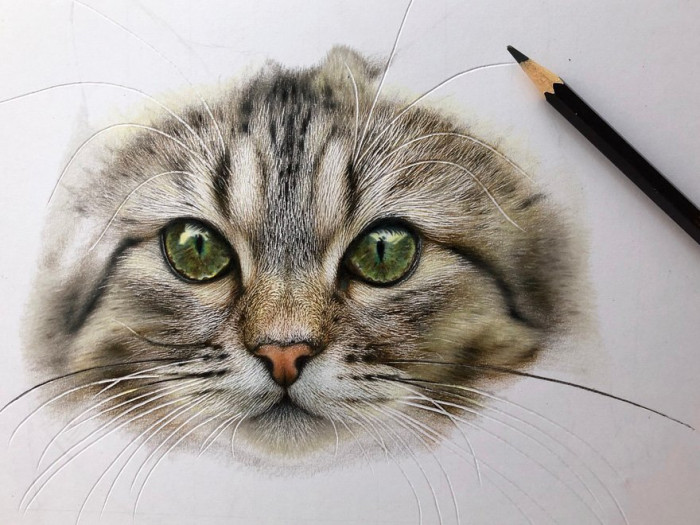 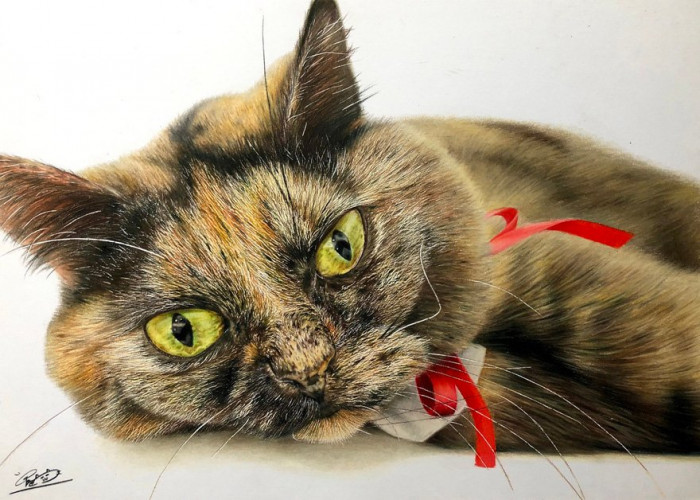 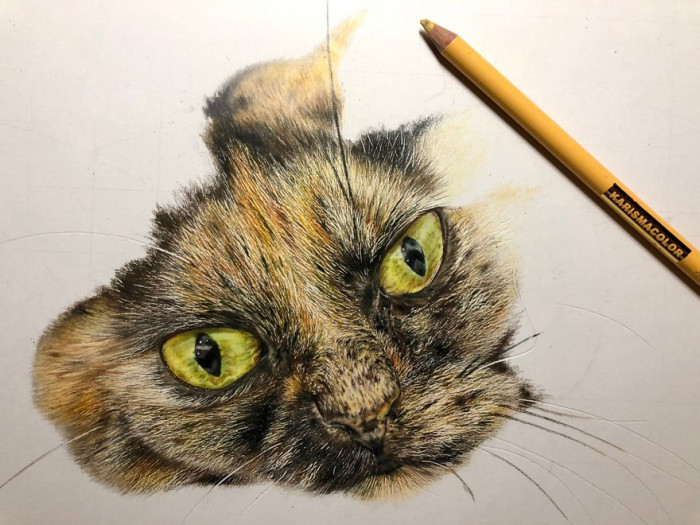 Down to every detail… 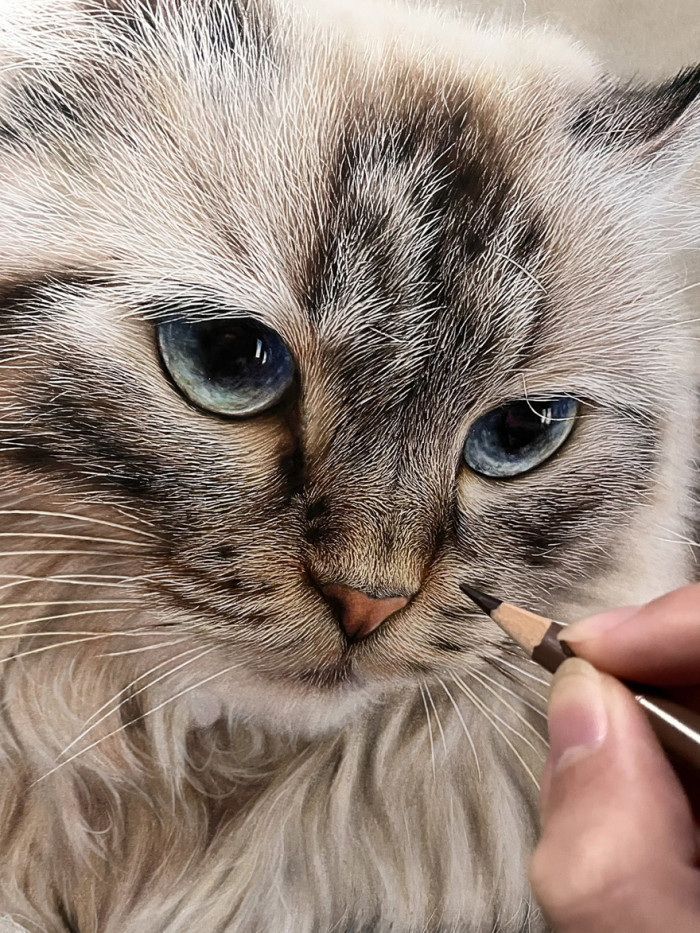 Check out at the detail in the cat’s eyes. 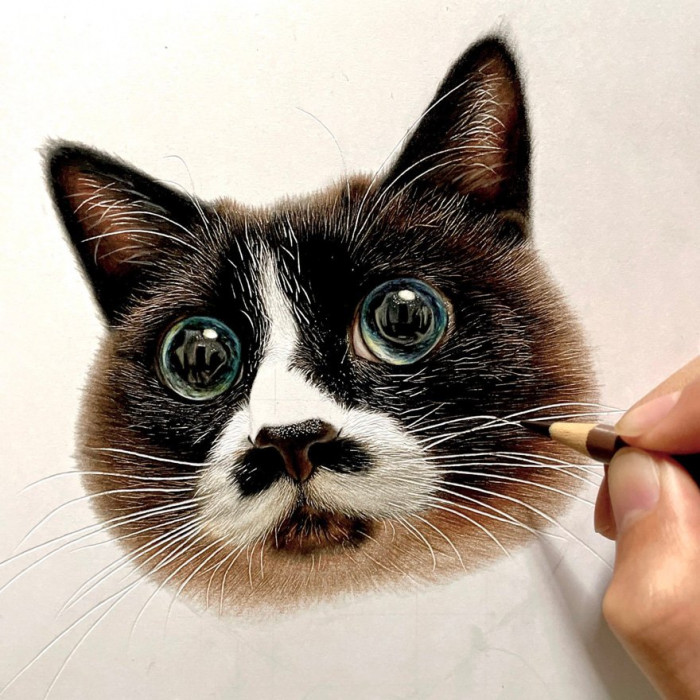 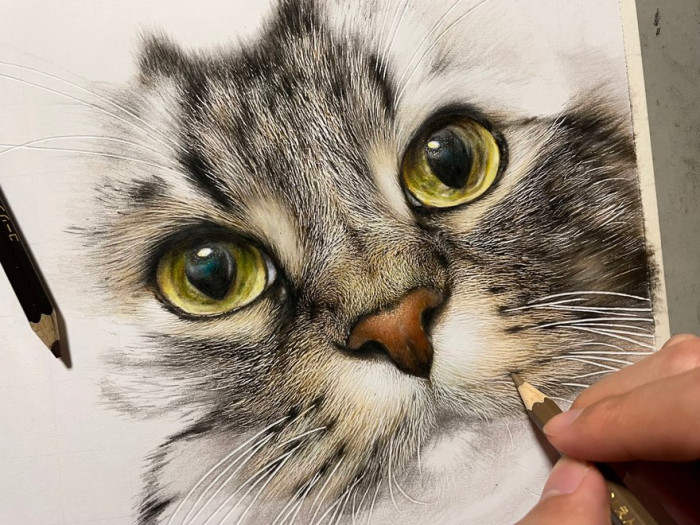 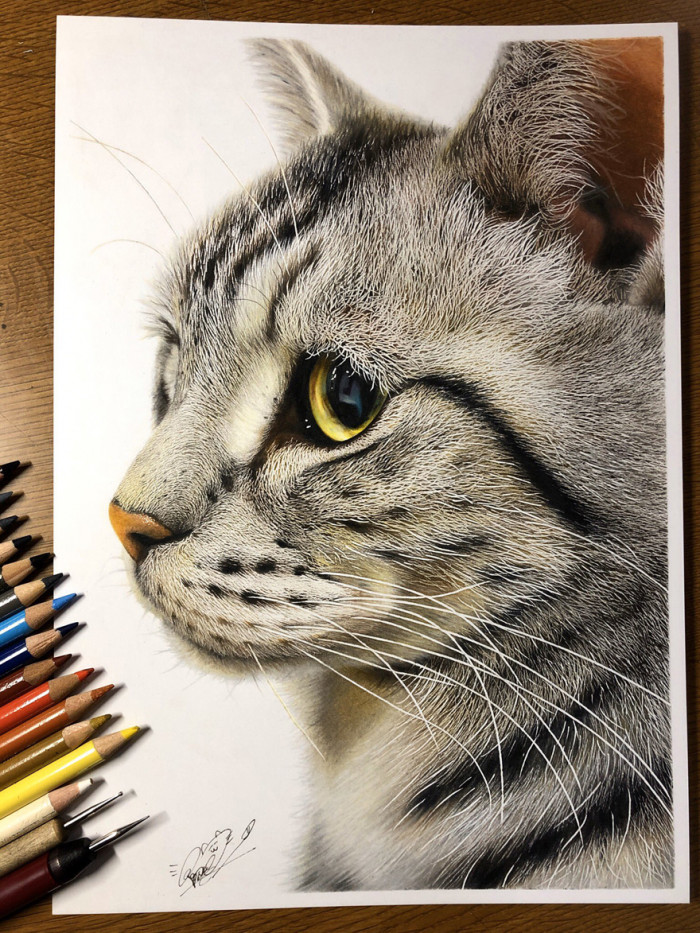 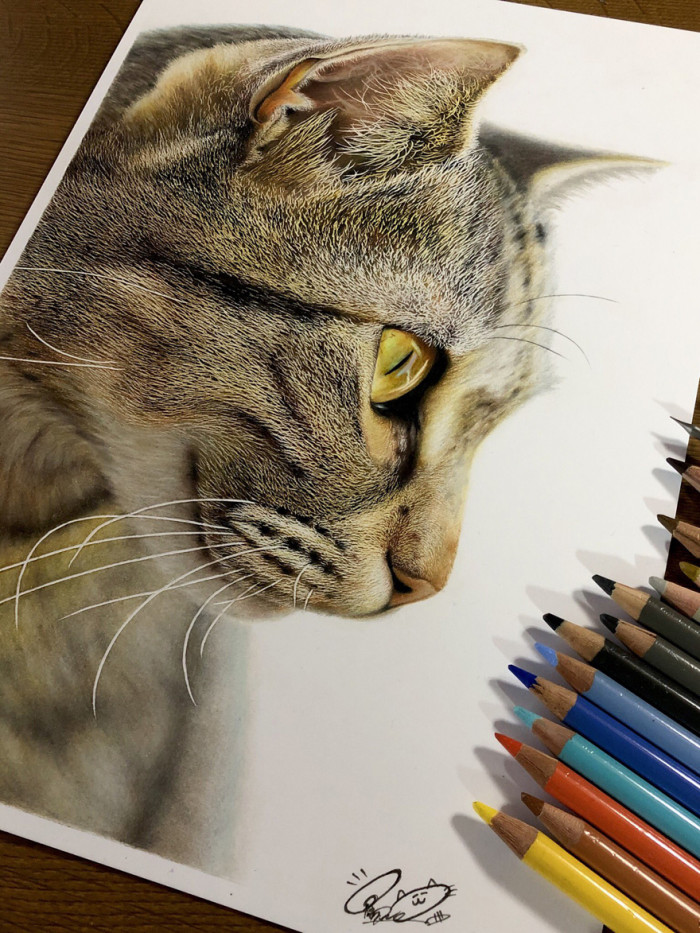