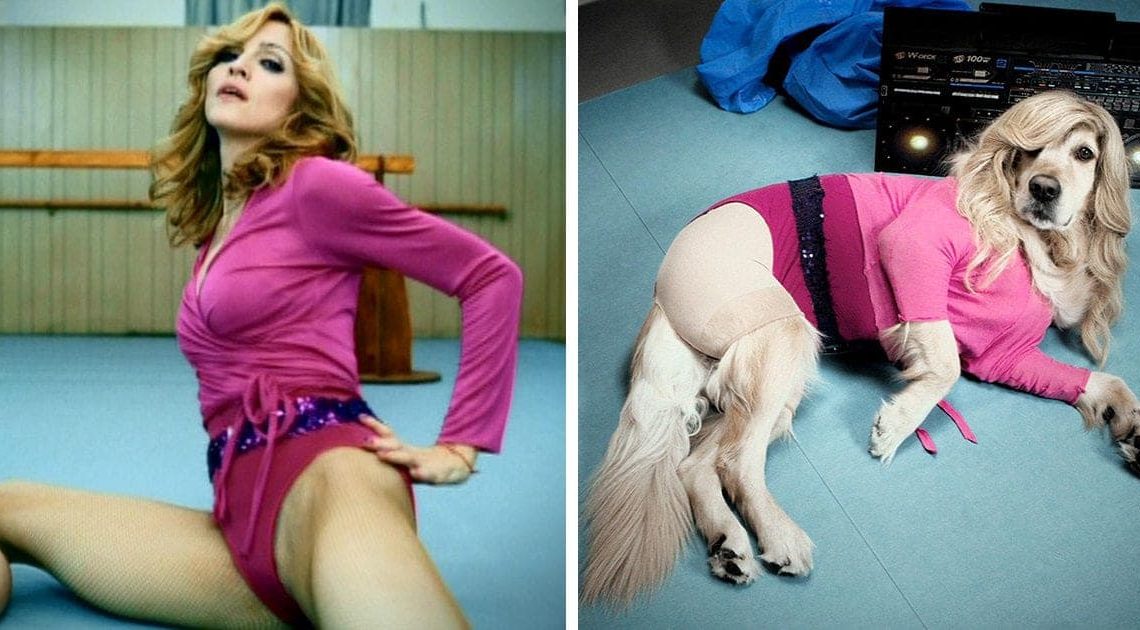 Dog poses are cute and silly at the same time. Sometimes, they may have an uncanny resemblance with a famous celebrity. And this makes it even more interesting since we already love seeing our pets in portraits. Now, with just a little bit of training, we can also make them pose like celebrities. Isn’t that awesome? Something similar happened with Max Vincent a handsome 6-year golden retriever who has a photographer daddy. Vincent Flouret is a former fashion photographer from Paris who has worked with some of the big names in the fashion industry. His work is much appreciable.

Flouret happens to be a diehard fan of the famous American pop sensation Madonna. So, he came up with an ingenious idea of recreating some of the famous madonna moments and album art works with his little buddy Max. He started working on these amazing album covers right after finishing his volunteer work of dog portraits at the City Shelters in L.A (so the dogs in shelters can get adopted). Flouret named this project with his buddy as “Maxdonna” and we think it’s absolutely fabulous. Scroll down to see Max posing like Madonna.

Ray of light album artwork and Max nailed it!

Flouret has worked with big brands and many different fashion models and celebrities but this project is very close to his heart. Not only because he loves Madonna but also because firstly Max his beloved dog is modelling and secondly the money that will be raised after selling the portraits of Maxdonna will be donated to Madonna’s charity raising Malawi. Talking about Max and the project this is what he said:

“He is my priority. Everything is like a game for him so yes, for example, if he needs a hat for a picture, I buy it weeks before and we play with it like if it’s one of his pet toys.  And so, it’s ‘normal’ and fun for him when we shoot for real weeks later. These pictures, between the shoots, the homemade costumes, the training took me 8 months to do.” Flouret further added “I am a big fan of Madonna, these pictures I’m doing with Max are tributes to artists that I love and respect. It’s a break between my commercial work, that is bringing me to the simple pleasure of pure creation, love, and happiness.” 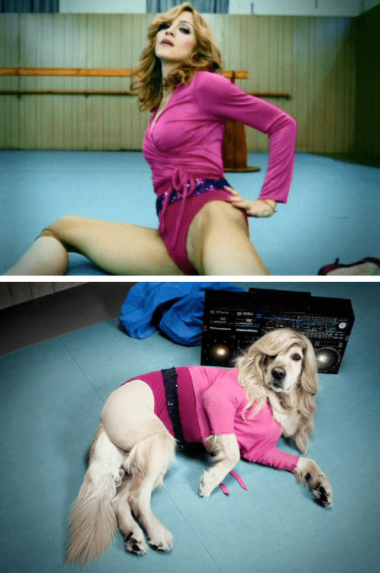 Another fun fact about this shoot is that it is not only charitable and most definitely adorable, Madonna herself has seen and liked these portraits of Maxdonna. In an interview Flouret said:

“Material Girl” music video. We’re getting some serious Marilyn Monroe vibes from this one. 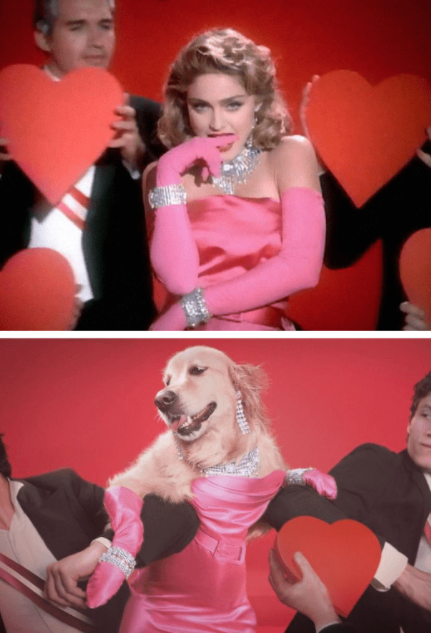 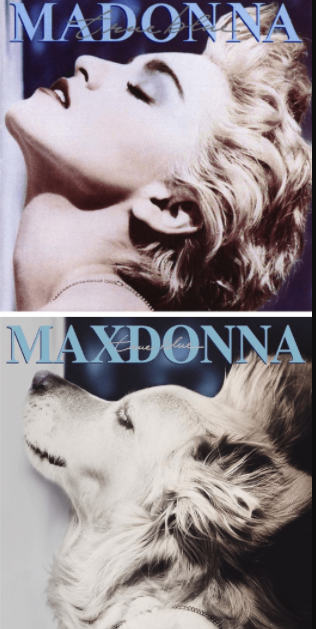 “Vogue” music video. Yet another one giving out some very strong Marilyn Monroe vibes. We love this one. 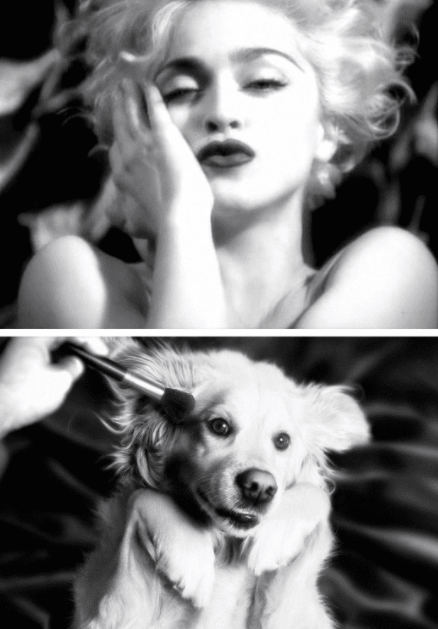 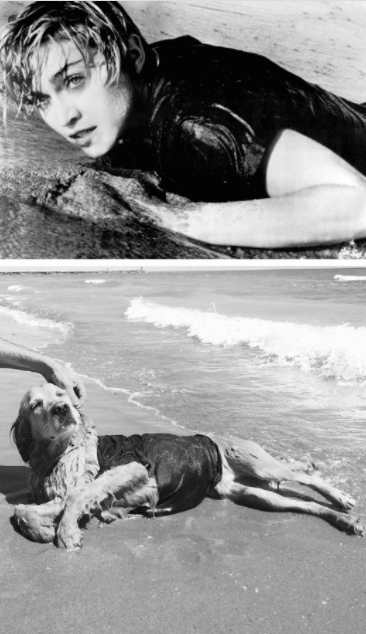