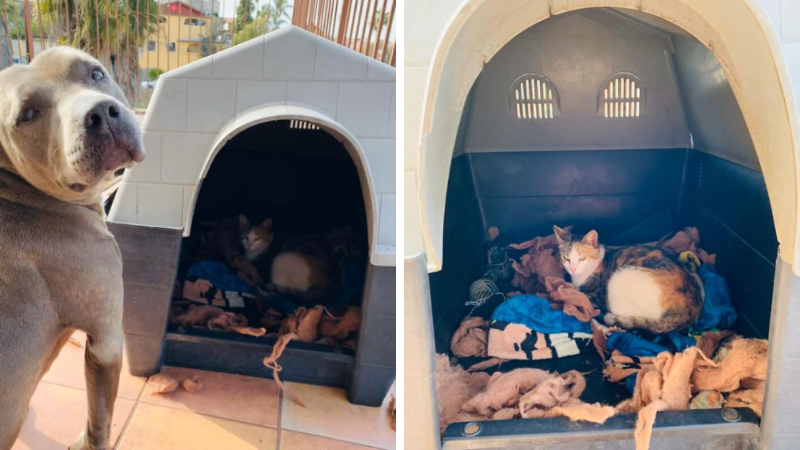 There are a lot of stereotypes out there surrounding the breed of pit bull terriers, with the most popular one being that all of these doggies are inherently vicious and completely unpredictable. However, despite being widespread, this belief is highly misleading since, just like other dogs, each pit bull is an individual that has its own distinct personality.

There are a lot of undeserved stereotypes surrounding pit bulls, but this sweet doggy from Mexico has proved them all wrong 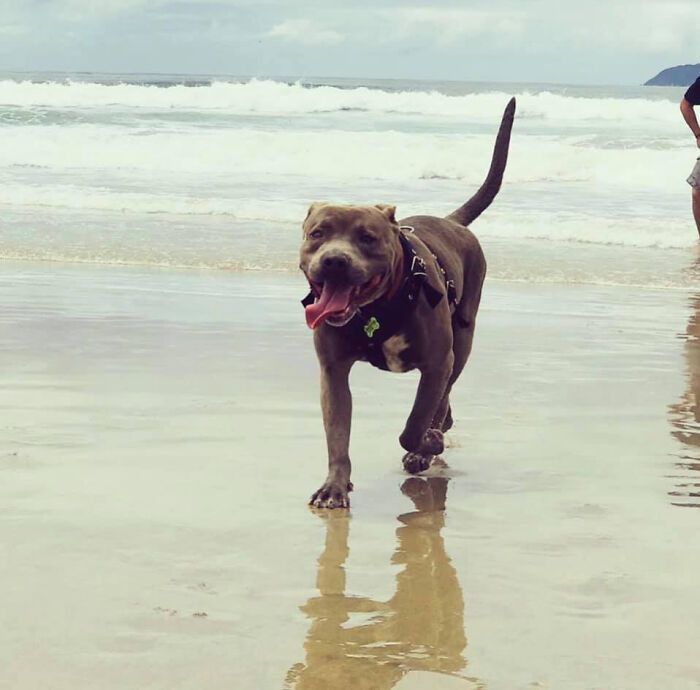 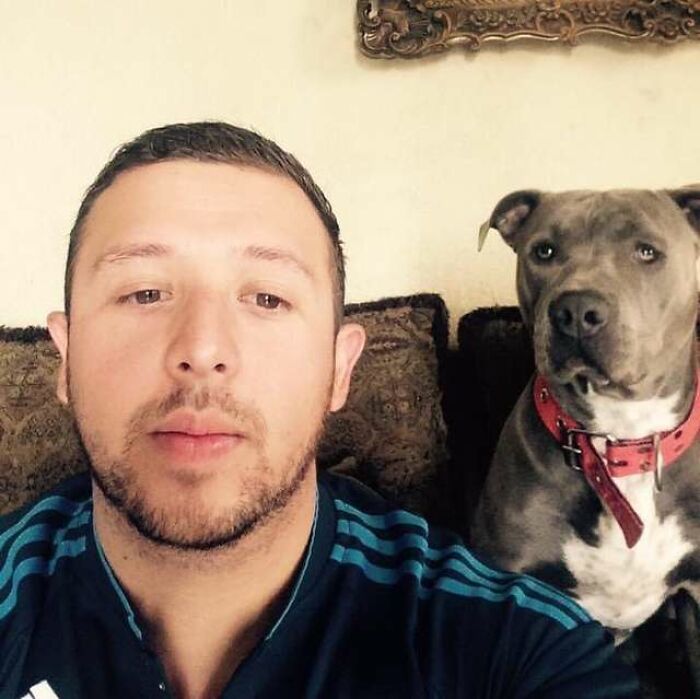 Hades’ owner Juan José P. Flores told The Dodo that for as long as he remembers, there’s always been a stray cat living in the neighborhood. Despite not being able to get close to her, Juan took it into his own hands to make sure that the cat was always well-fed. 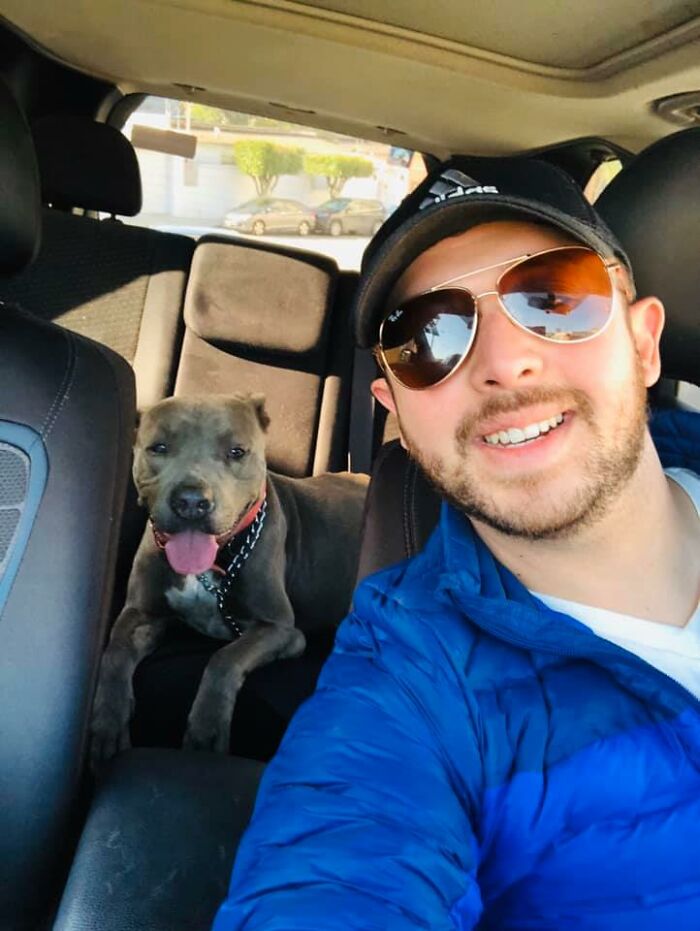 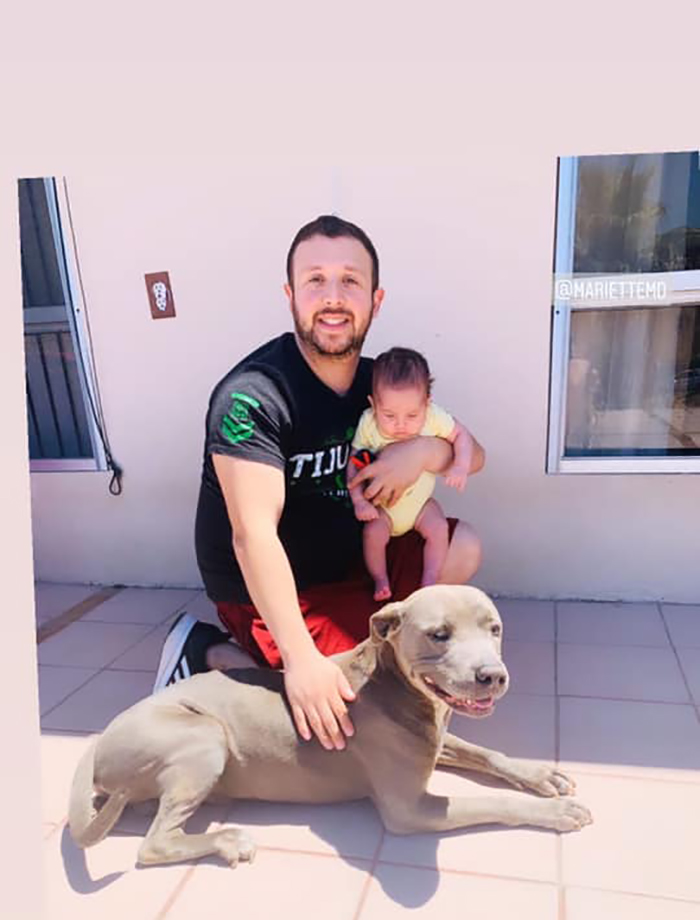 One day, while he was at home, Juan heard someone knocking on his back door. After opening the door, the owner realized that it was actually his dog Hades trying to get Juan’s attention. “He was desperate and making a lot of noise,” the owner told The Dodo. As it later turned out, the doggy wanted his owner to check out his doghouse.

One day, the doggy decided to take an example from his dad and help the stray cat too 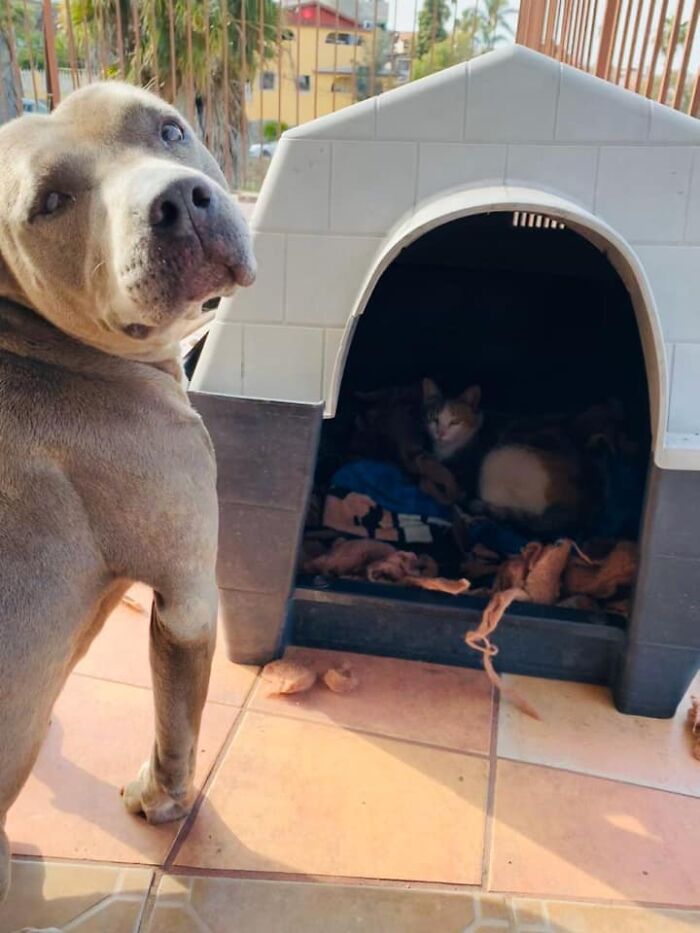 Turns out, Hades invited the stray cat, who was also pregnant, into his doghouse, so she could have a safe place to deliver the babies. “He dragged a blanket over to the entrance of his house and settled outside the door,” Juan told The Dodo. “She felt protected by him.” 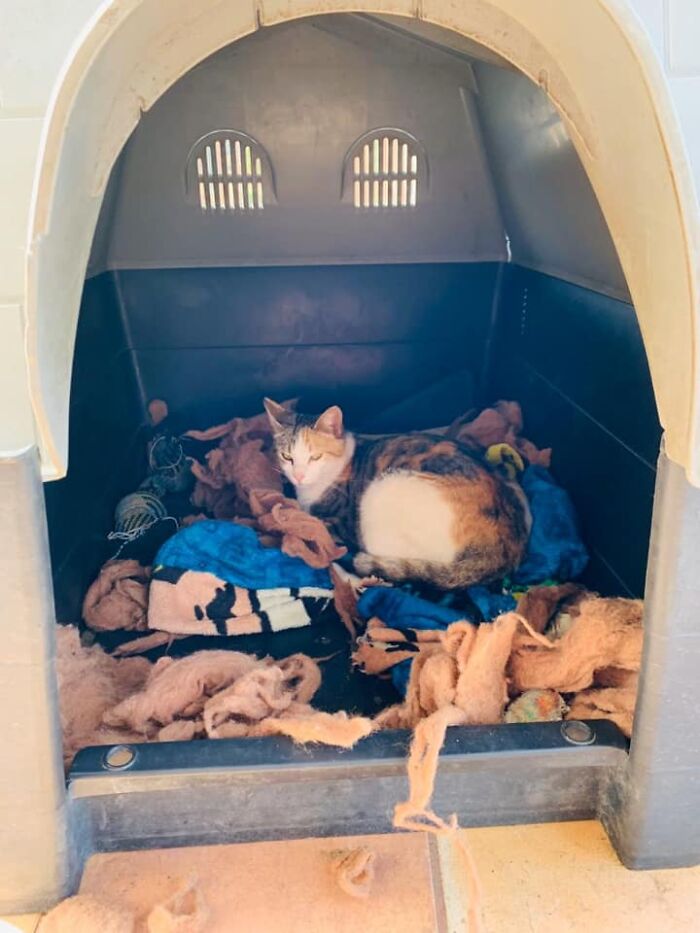 And as Hades watched the cat, she delivered two perfect babies. “I think he felt that he was a father,” the owner told The Dodo. After the delivery, Juan brought the cat and the kittens inside the house where he and Hades could keep a closer eye on them.

“I think he felt that he was a father” 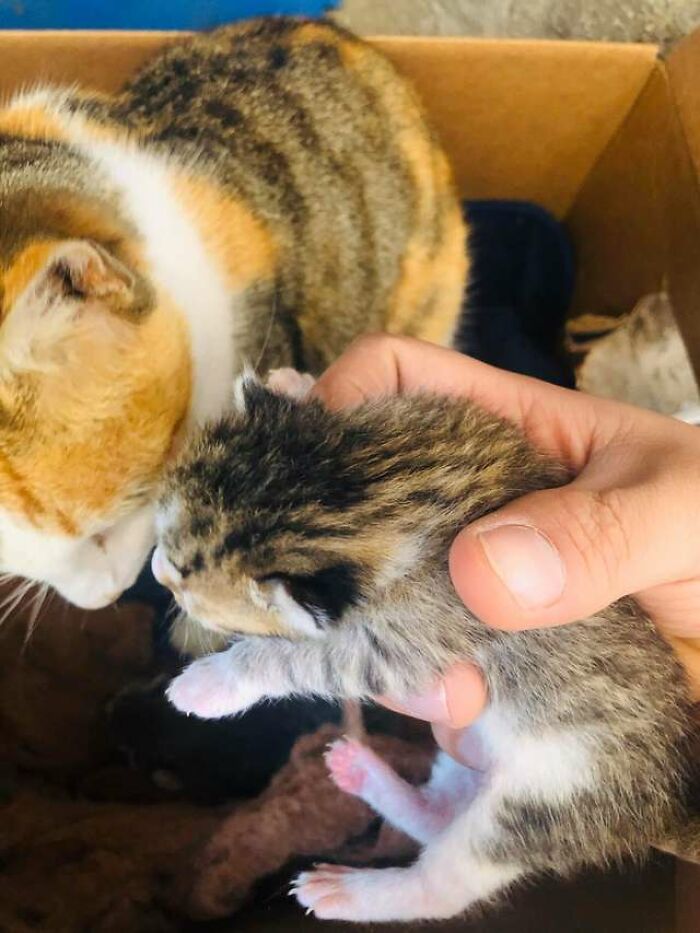 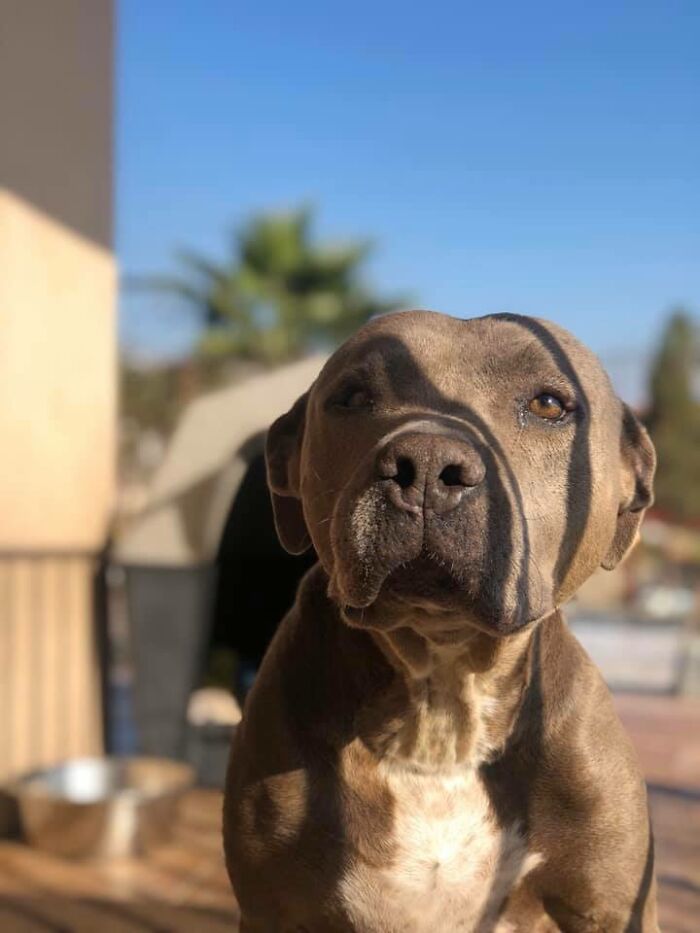 Soon enough, a beautiful friendship blossomed between Hades and the cat, who was then named Nicol, and the two spent much of their time together whenever the cat wasn’t looking after her kitties.

Juan and Hades took great care of the cat family and, a few months later, found both kitties their forever homes. 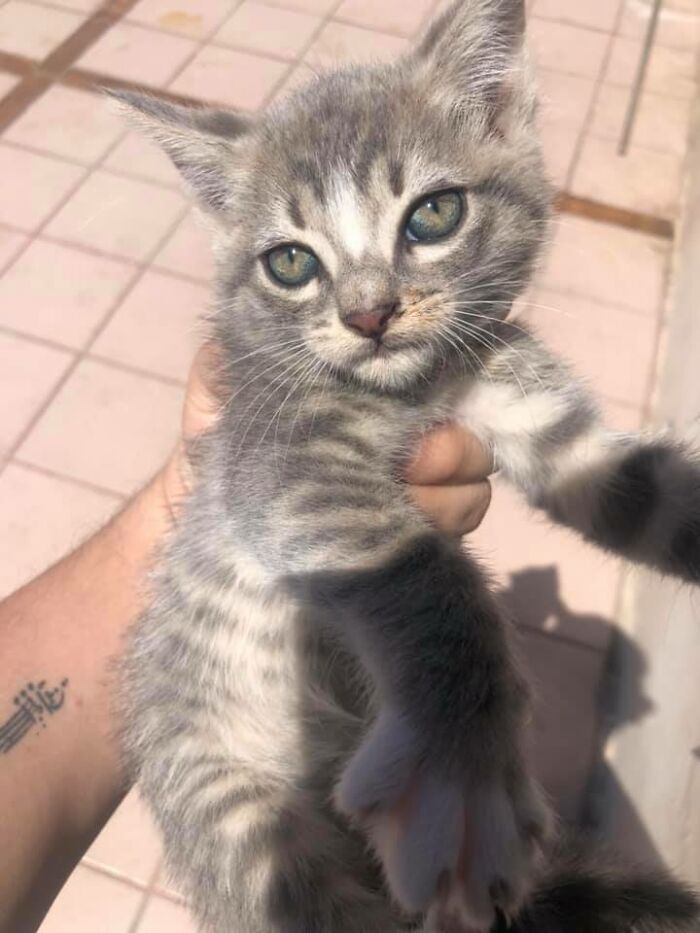 “Pit bulls are good dogs,” Juan told The Dodo. “Hades put everything aside to help someone else. We should do the same without expecting anything in return.”

Here’s how people reacted to the story