Plus-Size Yogi, 22, Talks About How Yoga Let Her Learn Self-Love 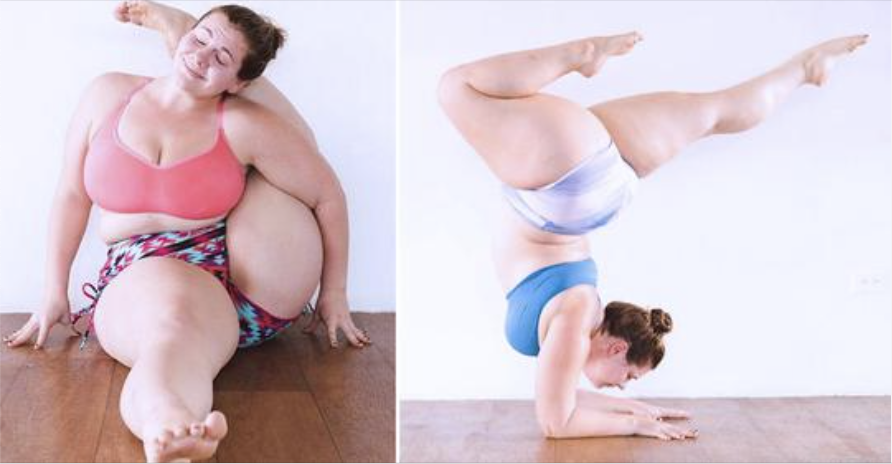 Dana Falsetti hit her heaviest weight of 300lbs during her college days in New Orleans. She believed her unhappiness was due to her size and decided to lose over 70lbs. But despite losing weight, the 22-Year-Old still felt miserable. Dana then turned to do Yoga.

When in college, Dana Falsetti felt miserable as she hit her heaviest weight ever, 300 lbs. 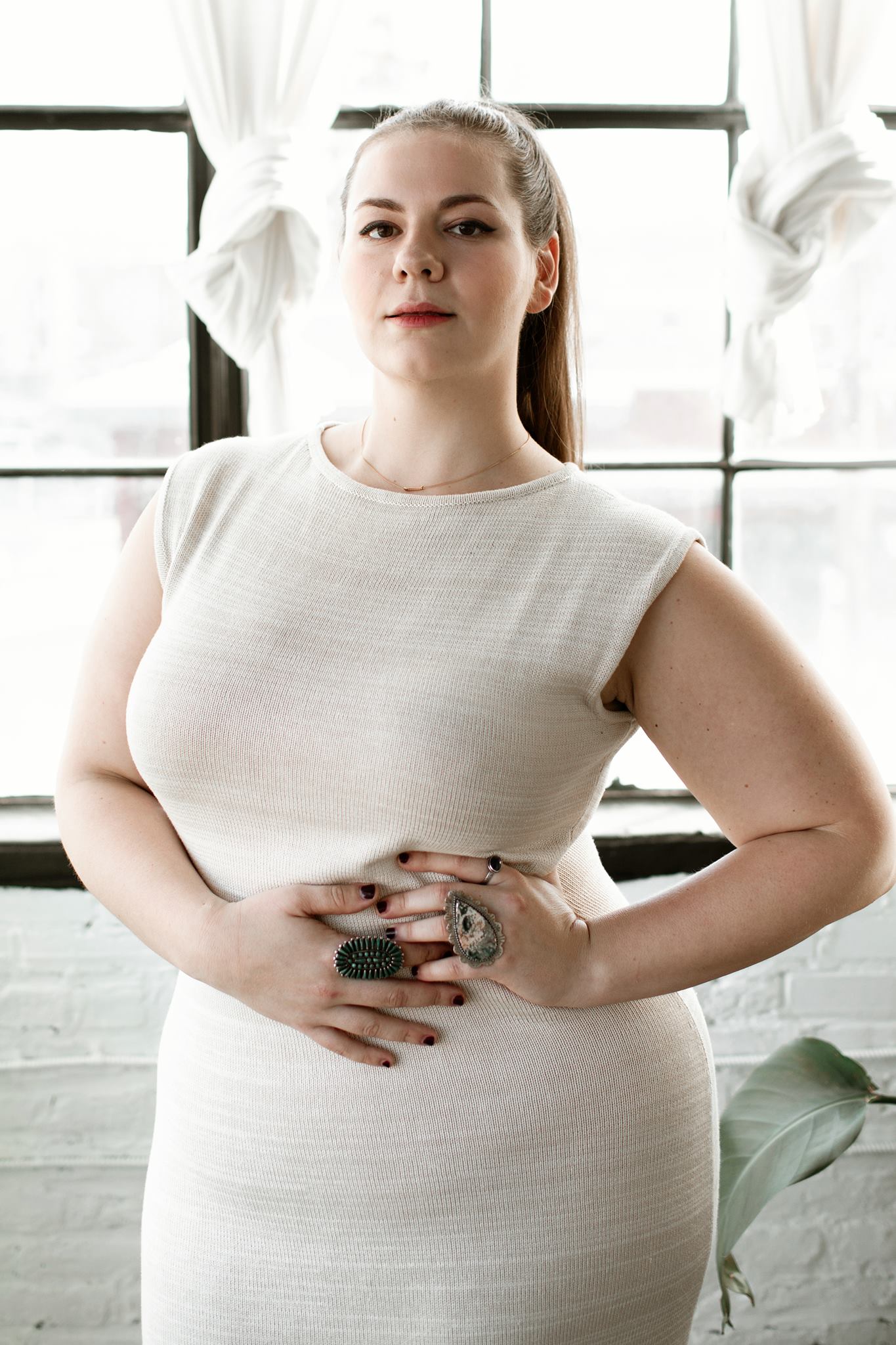 The physical practice hasn’t only changed the way she viewed her body and her self-worth, it equally helped her overcome years of binge-eating and fad diets while also loving her body and all of its strength. When she started doing Yoga, she had doubted she would be able to do more advanced poses, such as headstand due to her size.

Frustrated with losing weight, the 22-Year-Old decided to try out a yoga class. 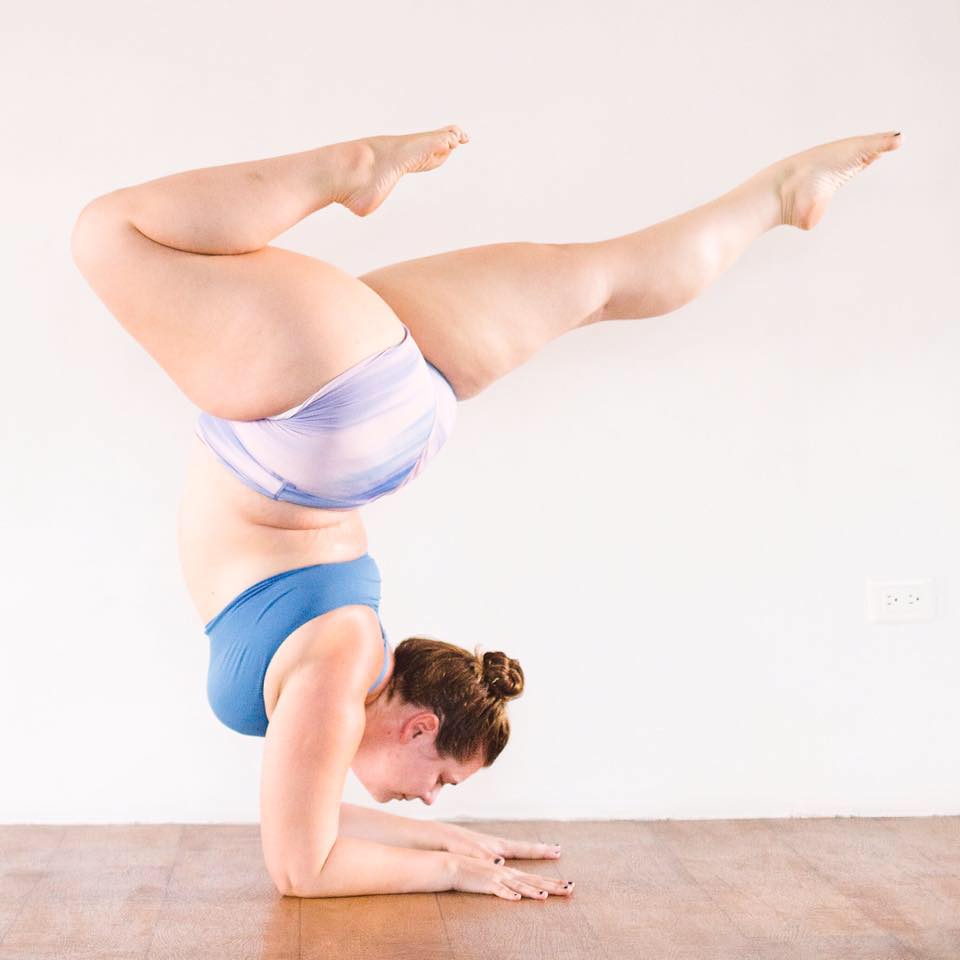 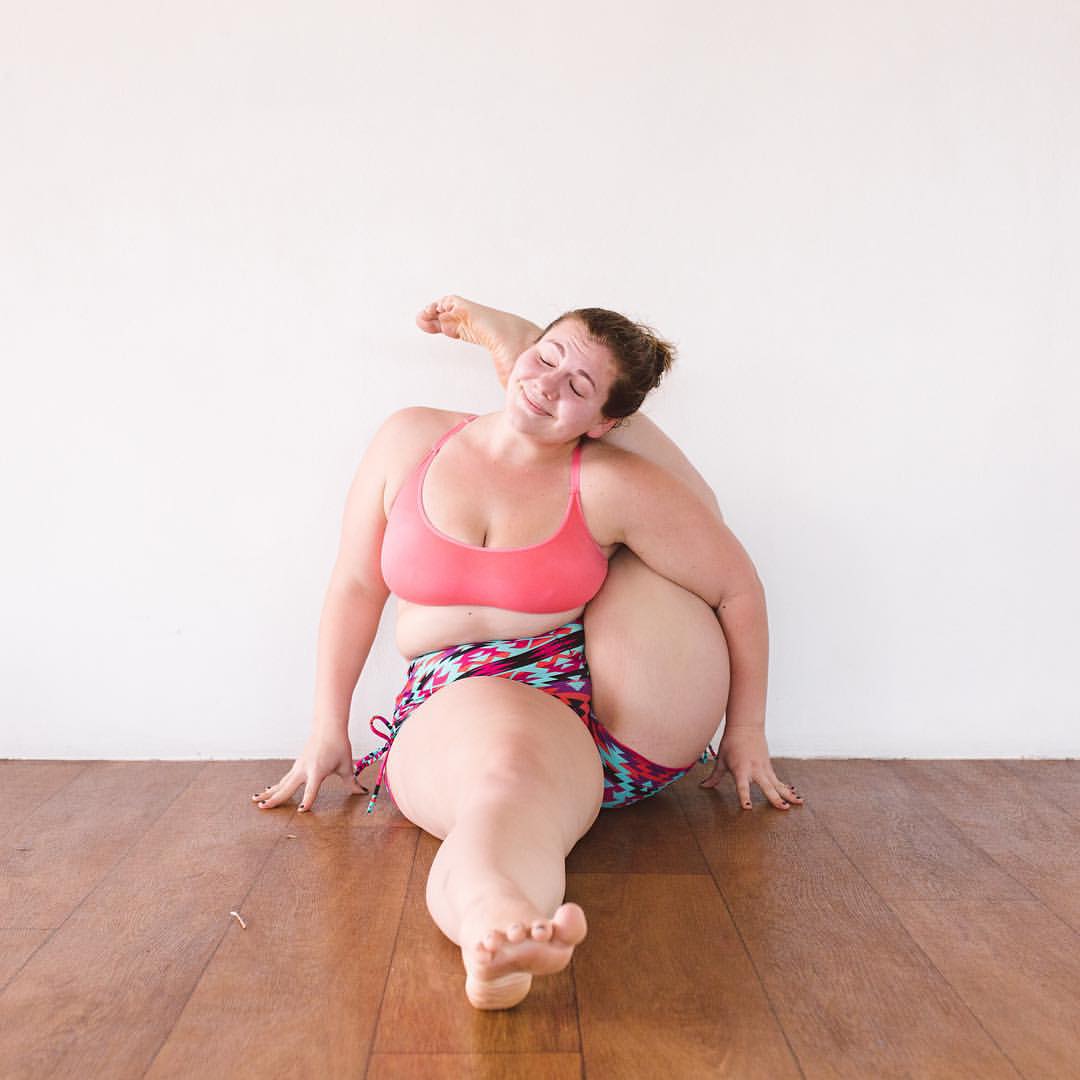 And with her “all or nothing” personality, Dana soon changed how she viewed her body and self-worth. 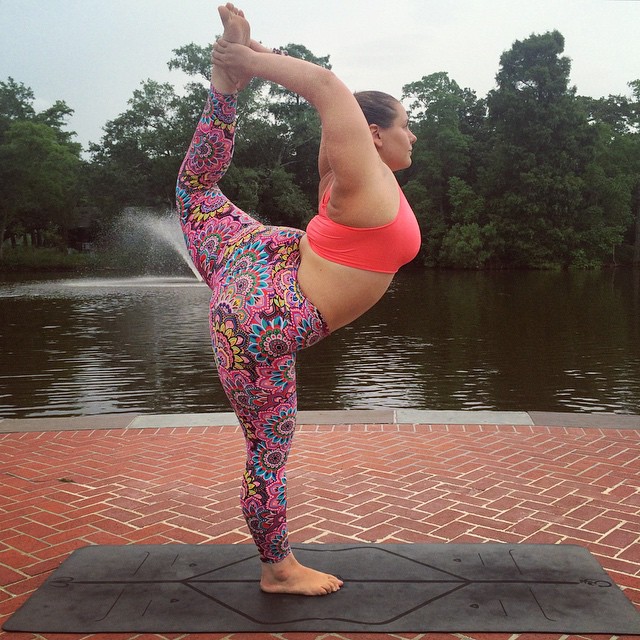 However, her dedication to yoga eventually changed her mindset. “After all those pounds went away, I was still me. I was still sad, feeling unworthy, even more confused, and just lost. I went to yoga because it was something new to try during a time when I felt like giving up.” Dana told Daily Mail Online.

With each yoga practice, Dana’s concerns about her body slowly disappeared. 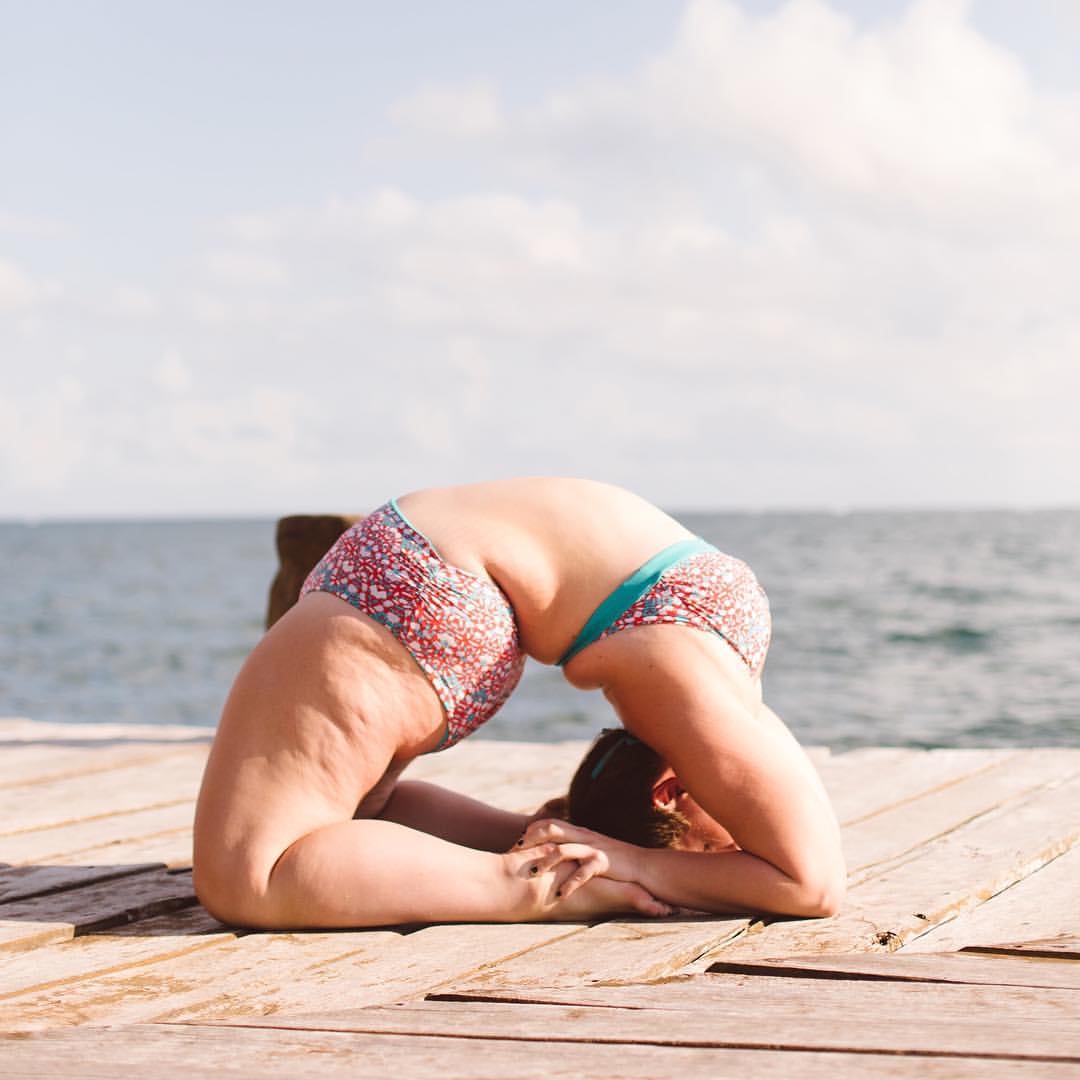 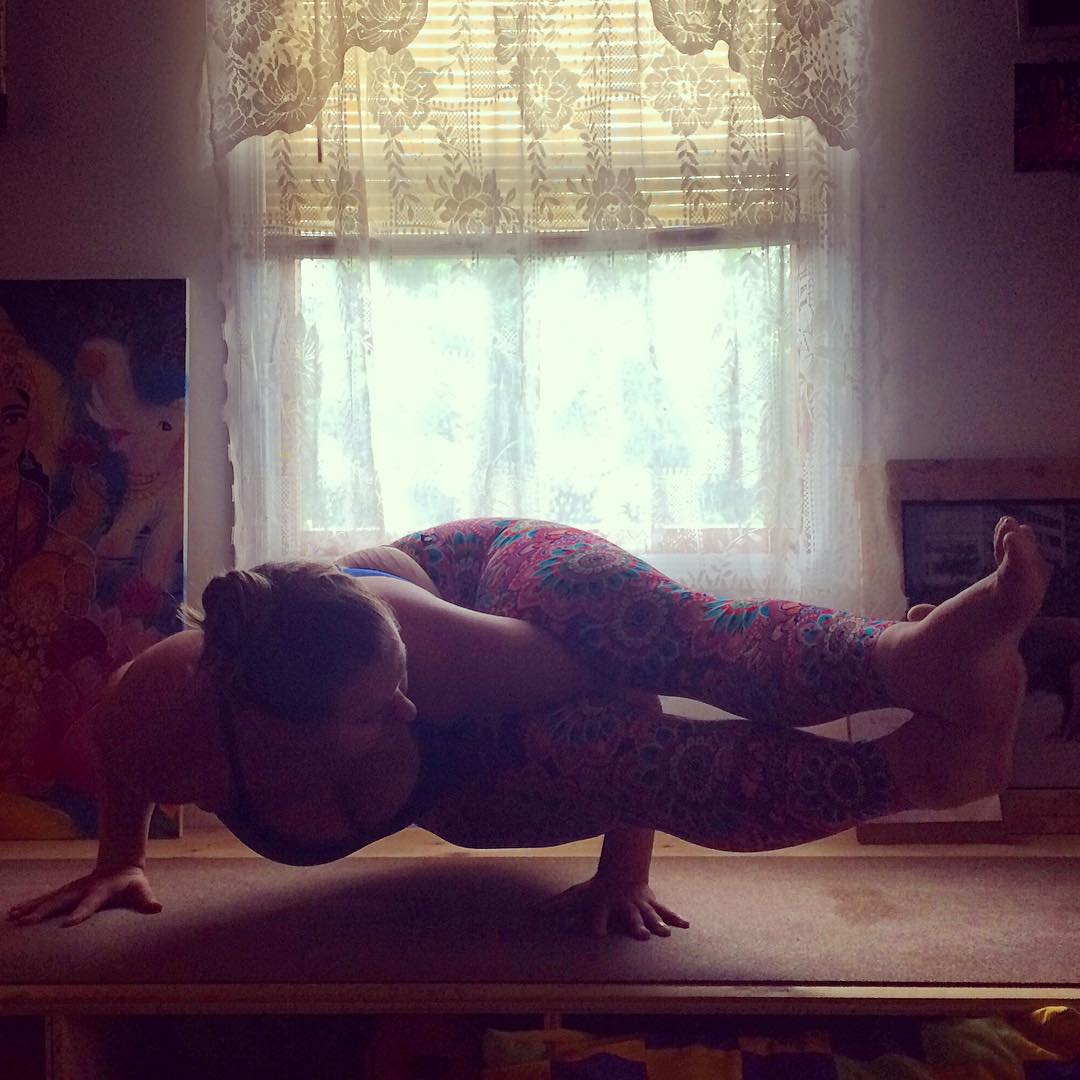 At the moment, Dana is now a yoga instructor, teaching classes that focus on body-positive fundamentals. 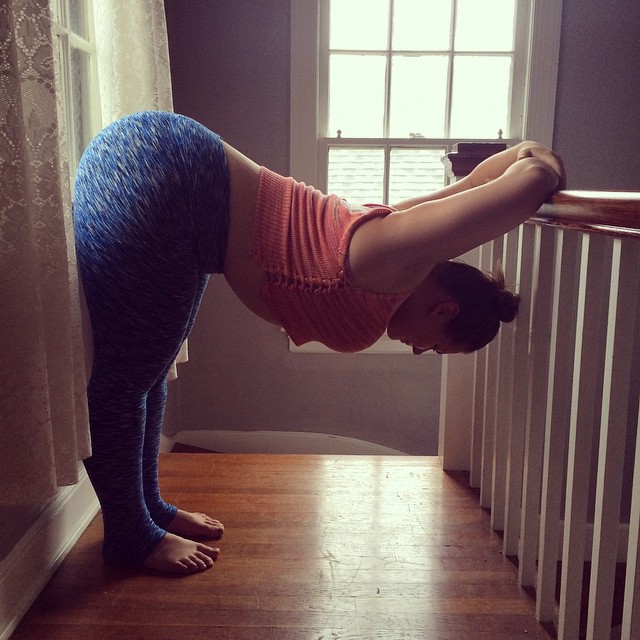 She added that a big part of her craved the time for silence, meditation, and reflection but had no idea the physical practice would lead her down the path of inner strength she always needed. Dana claimed the physical exercise also led to the larger perspective shift that changed her life. Speaking about the pose, headstand, the yoga teacher stated it had been a far-off, distant dream worthy of somebody else.

On Instagram, she inspires her 83,000 followers with her awe-inducing poses and messages. 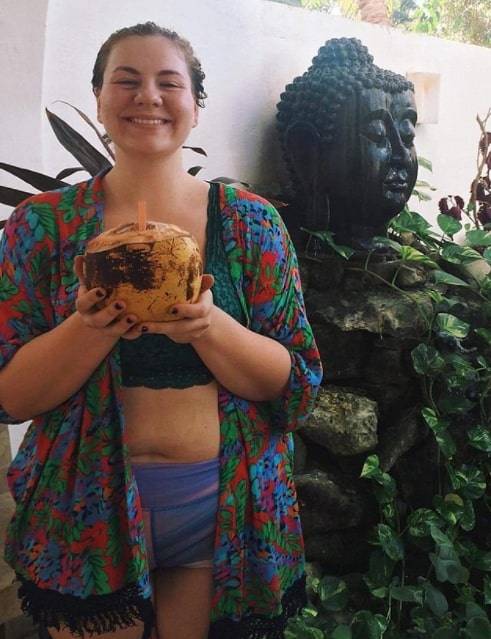 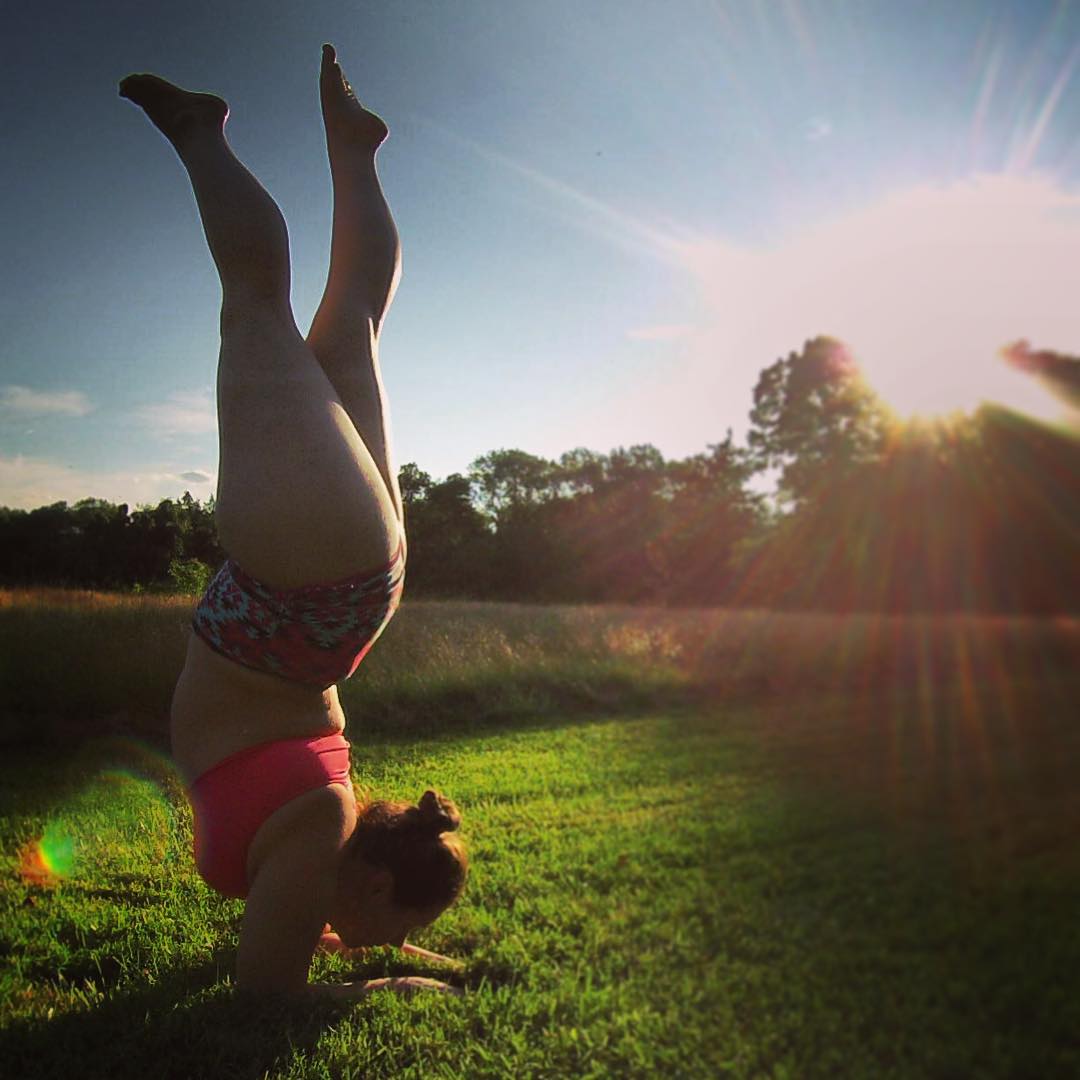 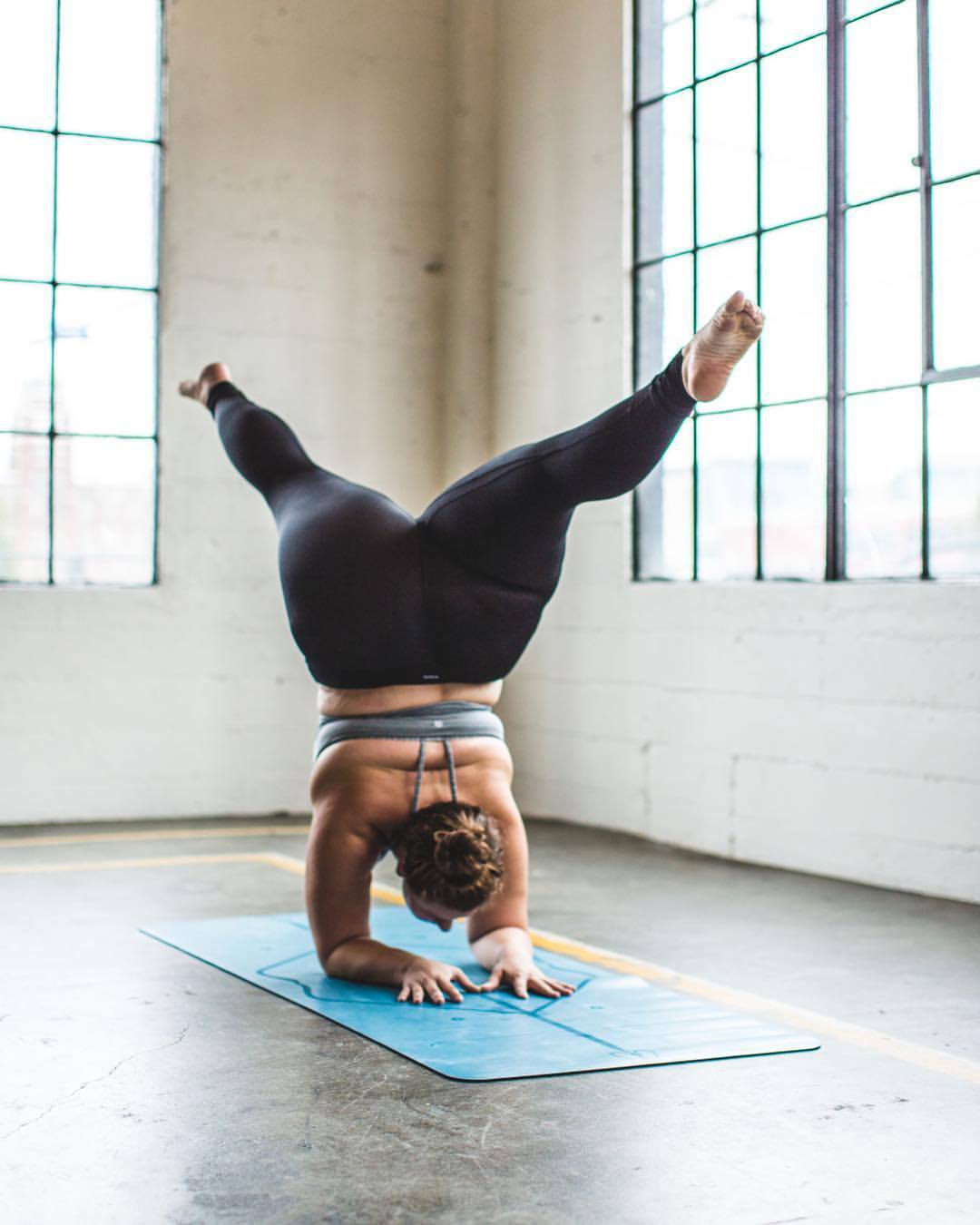 “I was sure I was too heavy to hold myself upside down. I was trapped in a bad cycle of negative self-talk, but I kept practicing because I just couldn’t stop, and then things started to change. I was slowly getting glimpses of possibility – I call them the sparks of the practice. When you start to feel a little float, or you feel at ease in a pose that once felt impossible. You start approaching your limits, and to me, that’s the whole point.” 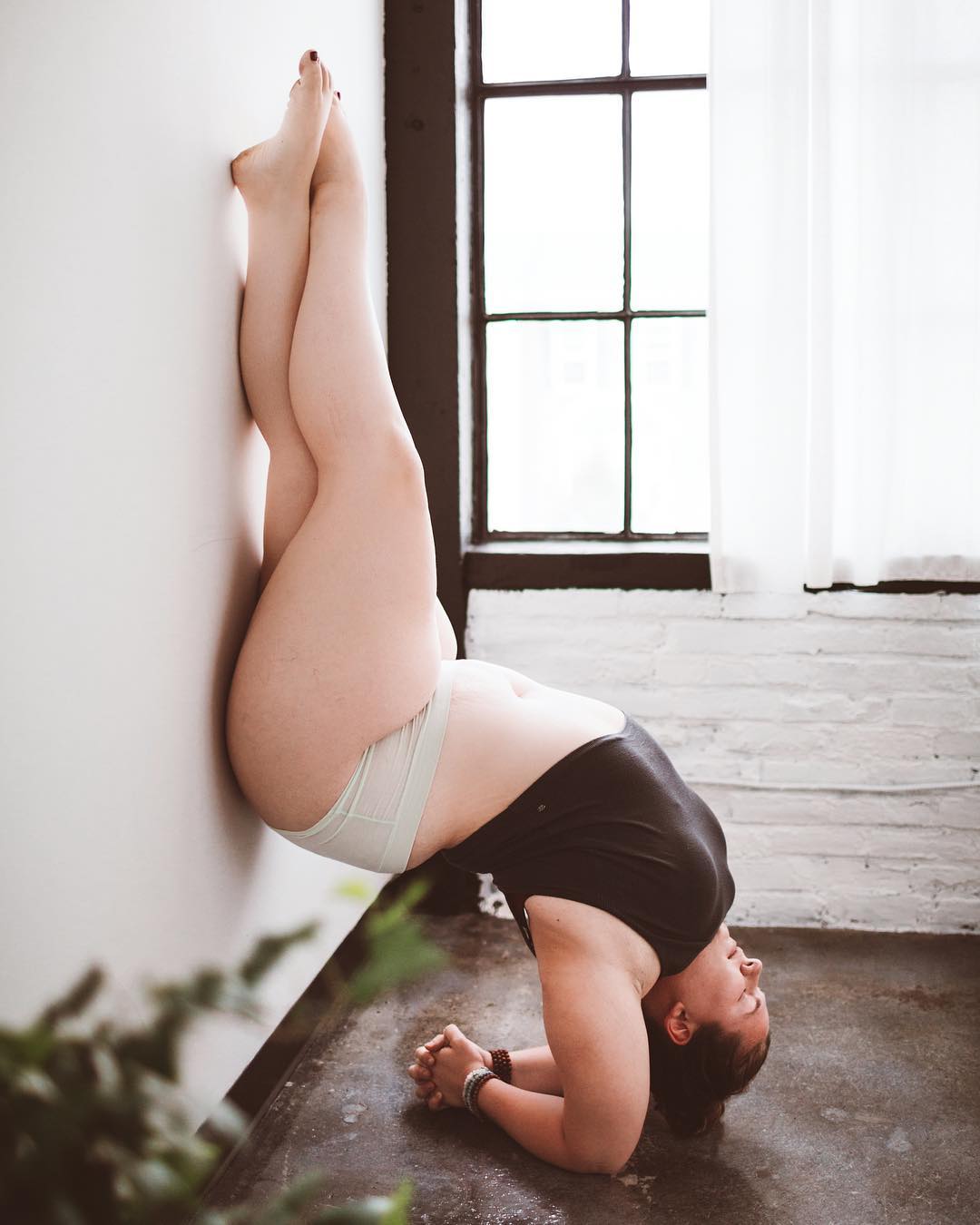 Whenever she felt any type of emotion, the yogi used to turn to food but now channels the energy into yoga. 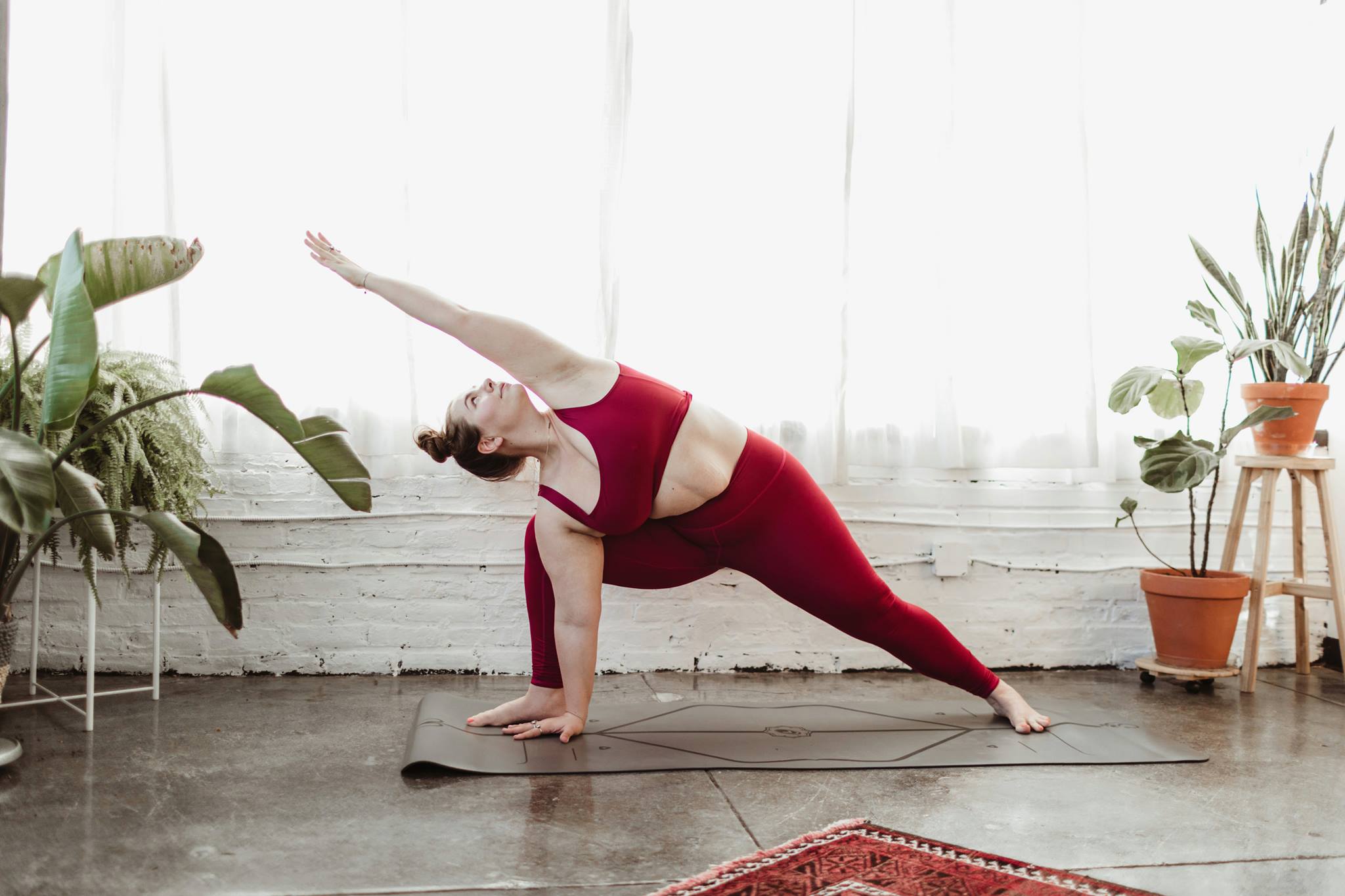 Dana noted that if you practice, you will prove yourself wrong time and time again, and you will have no choice but to realize the limit doesn’t exist. While she had been an all-or-nothing person her entire life, with the belief that it’s a trait that may have contributed to her binge eating, it is the same characteristic that taught her to turn to yoga instead of emotional eating. On Instagram, Dana shares pics of herself contorting her body in complicated yoga poses.

Dana said through her yoga practice, she learned her body never prohibited her from achieving her goals. 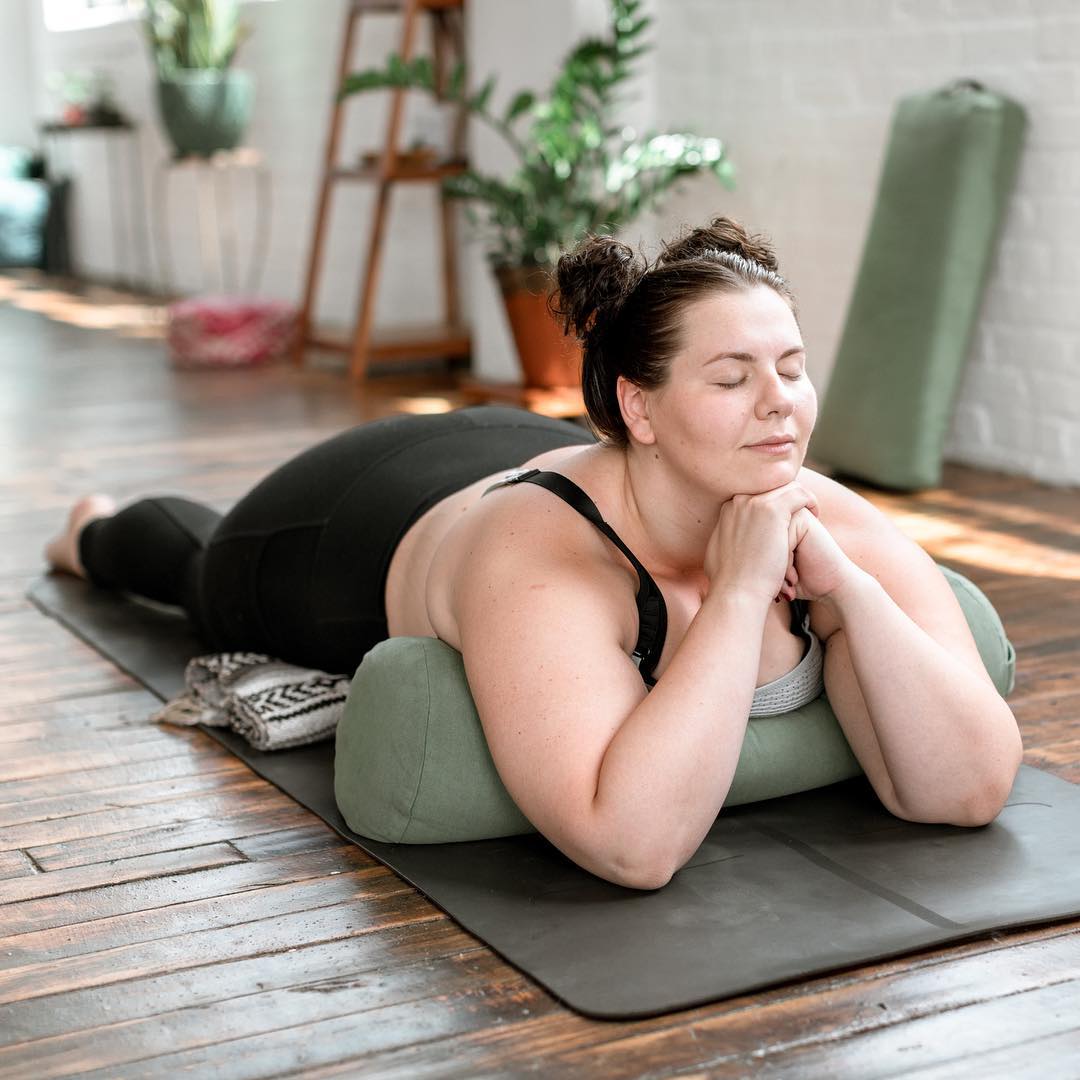 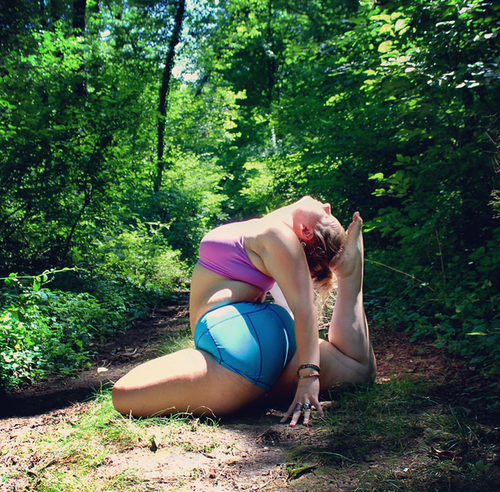 When she initially started yoga, she had doubted she would be able to do more advanced poses due to her size. 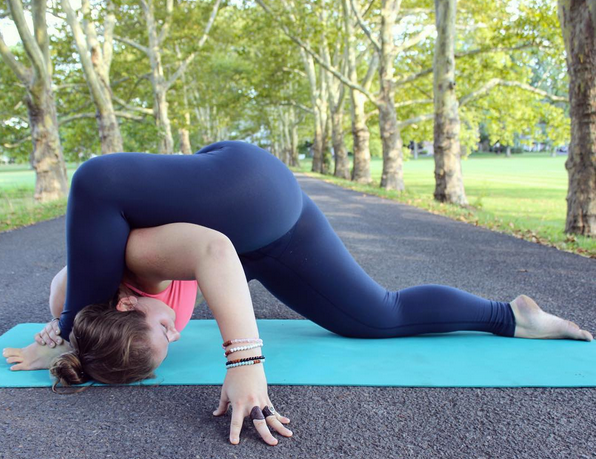 Most of her inspiring messages are usually along with her photos to promote self-love and the idea that women of all shapes and sizes can benefit from regular yoga practice. Dana has equally insisted that yoga is for everyone. Nonetheless, her photos mean different things to different people, and while they’ve helped her learn to love herself more, she doesn’t allow the negative comments to affect the way she views herself.

Dana has now insisted that yoga is for everyone, regardless of their shape, size, and age. 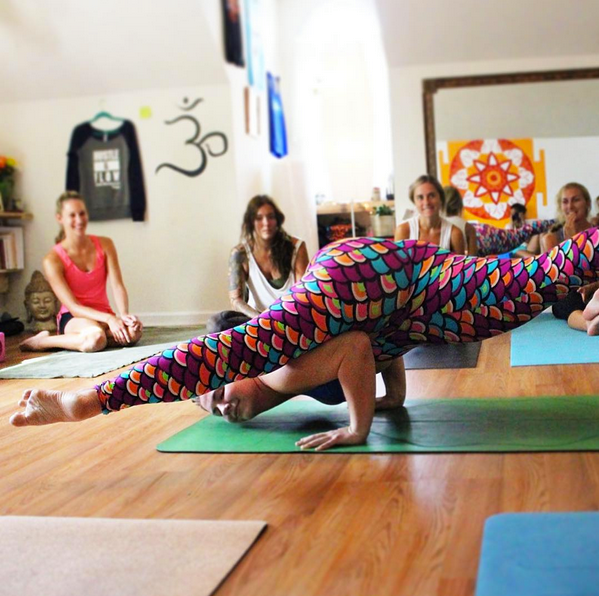 After a rooftop yoga class, Dana is seen striking a pose with her fellow yogis. 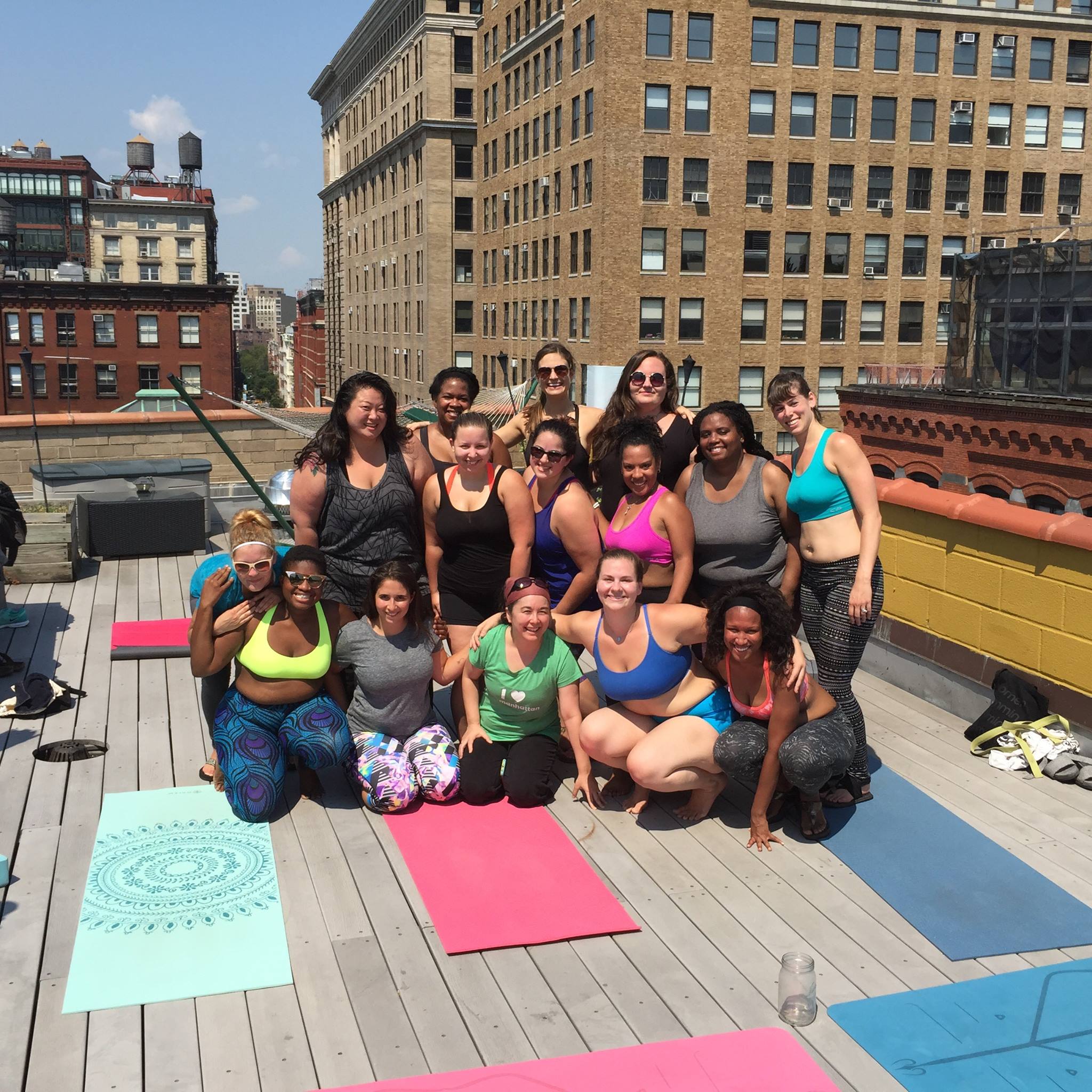 Just last week, Dana took to Facebook to announce the debut of her online series for Cody, Making Shapes, which breaks down the postures of yoga and makes them accessible to everyone, particularly beginners and those with large body sizes. “You get to decide that you’re worth it. You have to believe that you are worthy of love and happiness and fulfilling life. Everything else will get in the way as long as you allow it.” Dana had explained.

Watch One Of Her Videos Here: