Puppies were abandoned in shackles to die 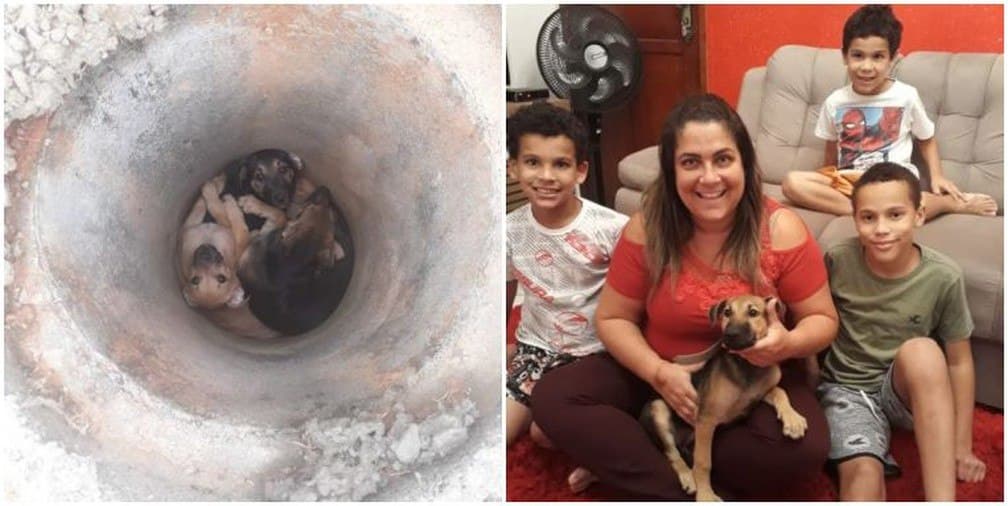 The case happened in the city of Santo Antônio de Paduá , in Rio de Janeiro. Three puppies were abandoned inside a concrete shackle. They are two females and a male, apparently brothers, who narrowly escaped death.

An endemic agent was passing by when he heard the wails of the animals. Following the yelps, he found the pets trapped in the hole . He acted correctly and called the Municipal Guard, which came quickly.

The dogs were rescued by the city’s Environmental Guard, which is in the northwest of Rio de Janeiro. They were very frightened, and even snarled at the guard. But trust was soon earned, and the animals were put to safety.

The suspicion is that they were abandoned there, to die. Certainly a cruelty without size, totally unnecessary. Putting three puppies, siblings, to death while watching the deaths of others is too cruel. 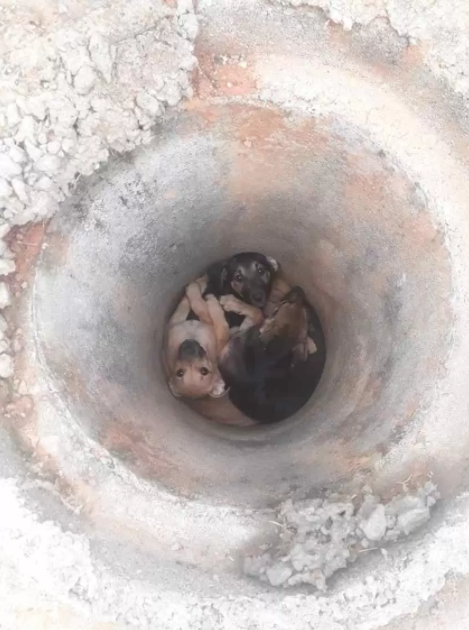 It is estimated that the dogs spent at least one night at the place. The abandonment may have happened during the night, to avoid being caught. This, because abandoning animals is a crime.

The cute trio is being cared for, fed and cared for until they are taken to a shelter for adoption. Without a doubt, whoever takes them home will have a beautiful story with a happy ending to tell. 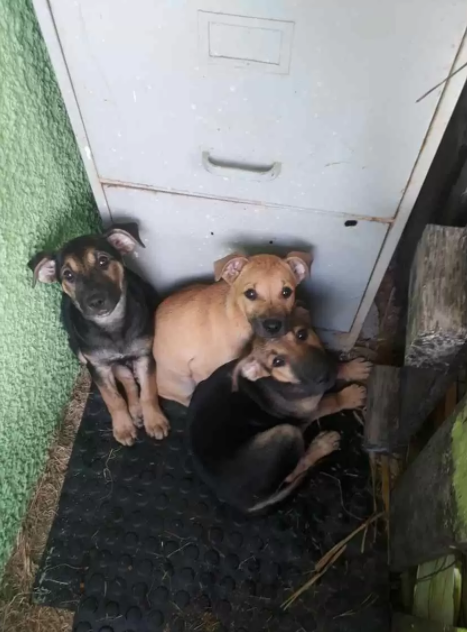 It is worth remembering that those who are not able to keep the babies that their pets have, have options. Through donations, it is possible to guarantee a future full of love for the puppies.

On the other hand, abandonment, in addition to being immoral, cruel and extremely sad, is a crime. Thus, it is much more worthwhile to get new homes than to condemn beautiful and faithful beings to a painful death.

And you, what do you think of this sad case with a happy ending?