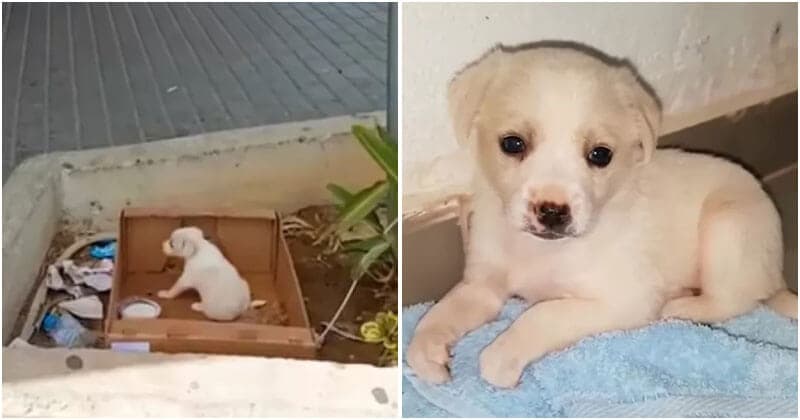 It’s heartbreaking to think of cats and dogs who are abandoned by their beloved owners. But thankfully, there are still many people and rescuers who are willing to help them and find them a forever home or a good shelter.

Recently, animal lovers in the world exploded in a frenzy of joy after watching the video of an abandoned puppy who was rescued and given a second chance at life. The video was shared by Takis Shelter, a nonprofit animal rescue organization in Greece. 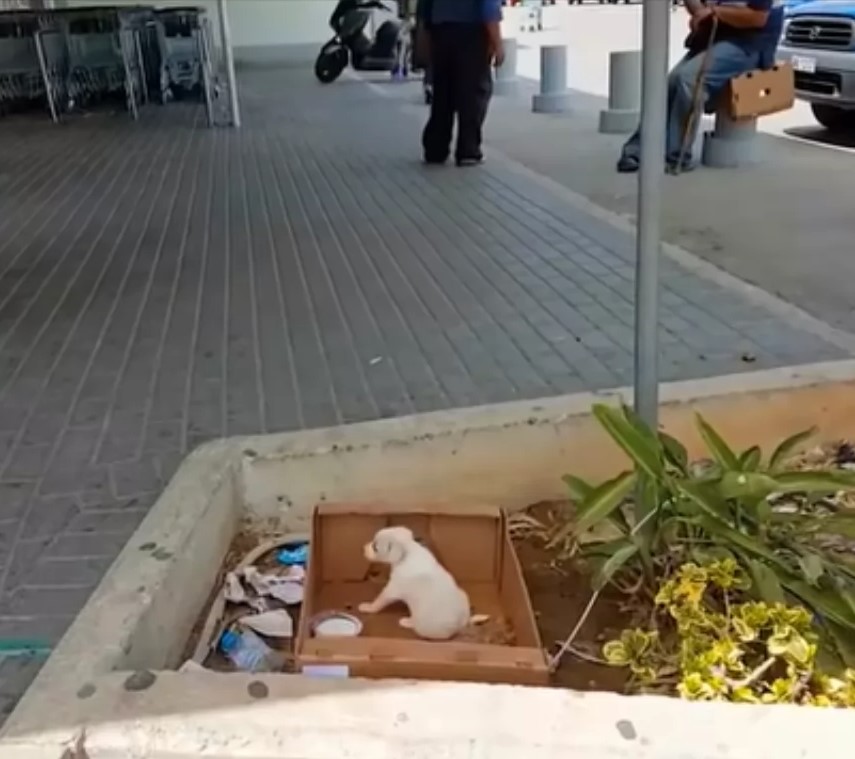 In the video, you can see a white puppy sitting in a bare cardboard box outside a supermarket. The shelter said that someone abandoned this poor pup here with the hopes that shoppers would help the pup and even adopt her. Sadly, people passed by without caring her. 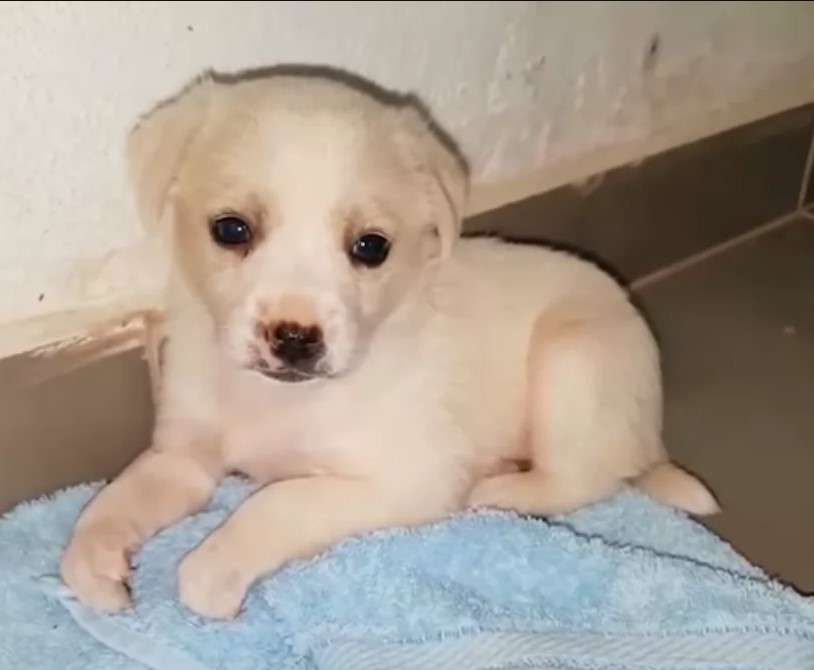 The shelter explains that there are many abandoned animals in the streets in Greece, so people are used to seeing them and hearing their cries. It’s not surprising that they often pass by these poor animals and don’t even give them a second glance. 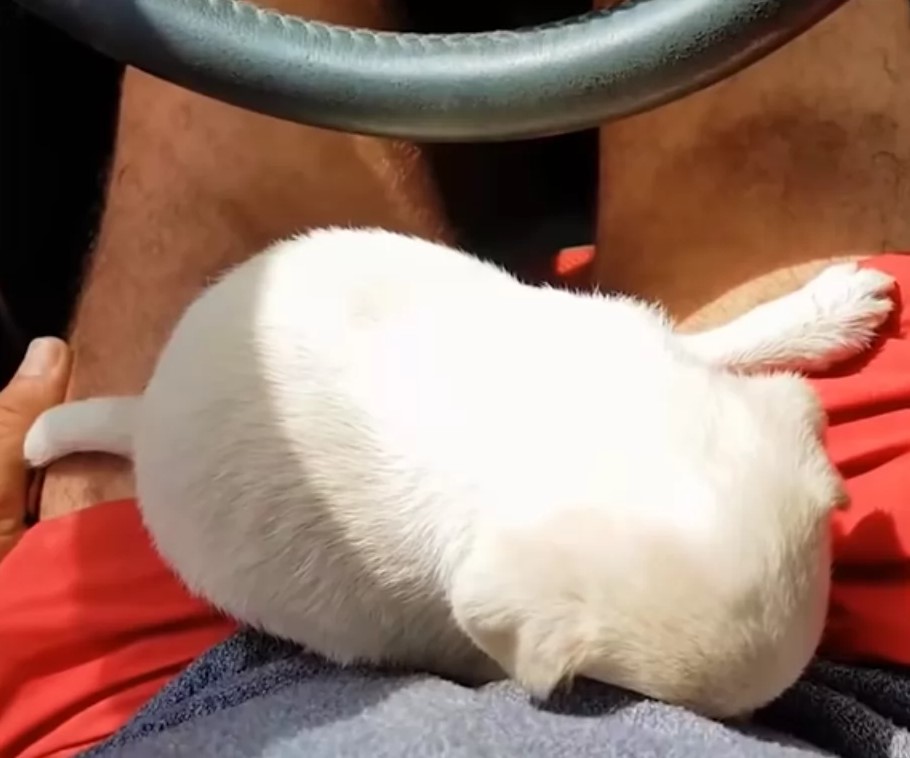 Thankfully, Takis, the founder of Takis Shelter, stepped in to help the puppy. He took the little puppy home with him and named her Maisie. Despite being abandoned, she was friendly and sweet. She was so happy to make new friends at the shelter and play with them, especially a dog named Ozzy. 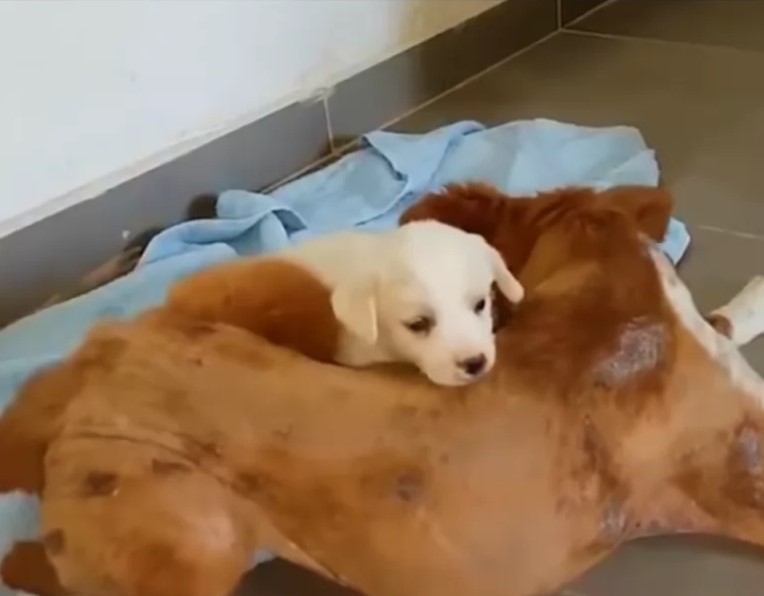 Her life at the shelter is happy, but she still needs someone who can care for her. It took less time than Takis thought for Maisie to find her forever home. A lovely couple who lives on a farm on Crete adopted her. In her new home, she has tons of brothers and sisters. 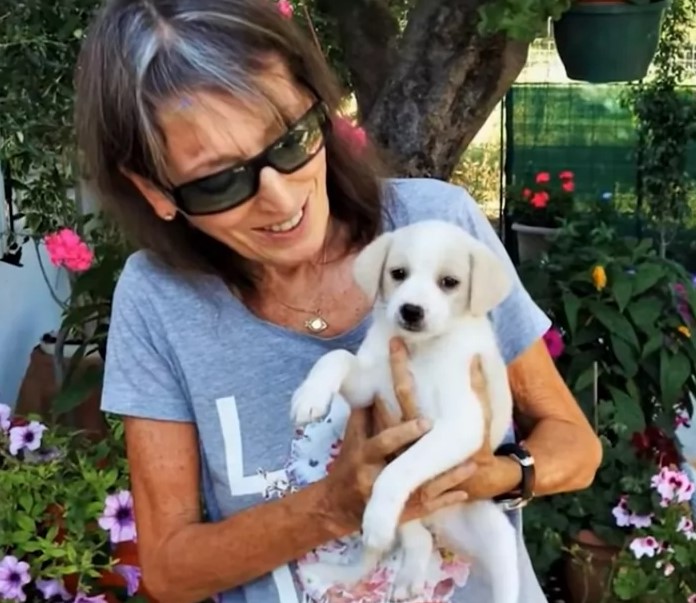 Thank Takis Shelter and the loving couple for saving and adopting the puppy. We are happy to know that Maisie now has a happy life that she deserves. She won’t ever cry alone again like when she was abandoned outside the supermarket. 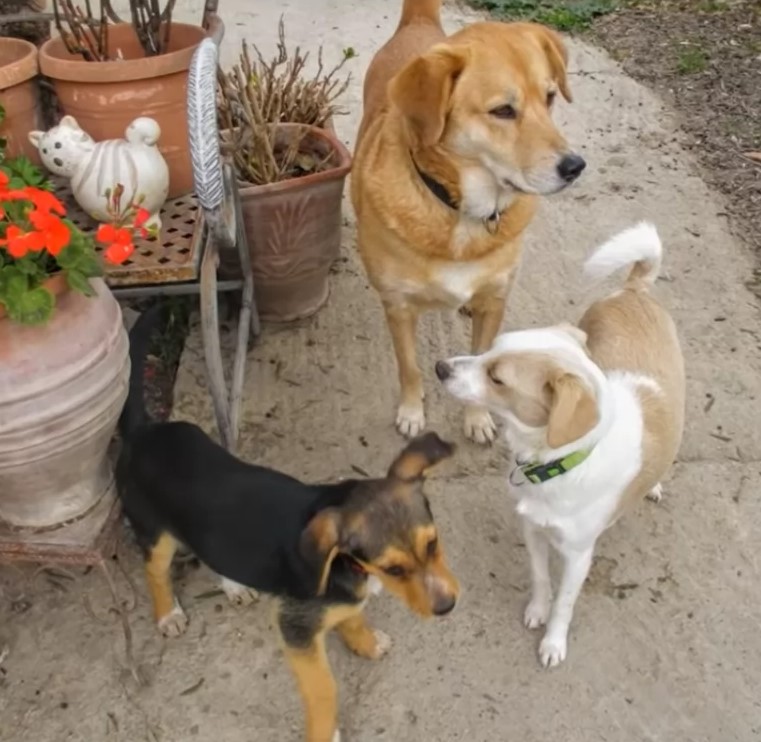