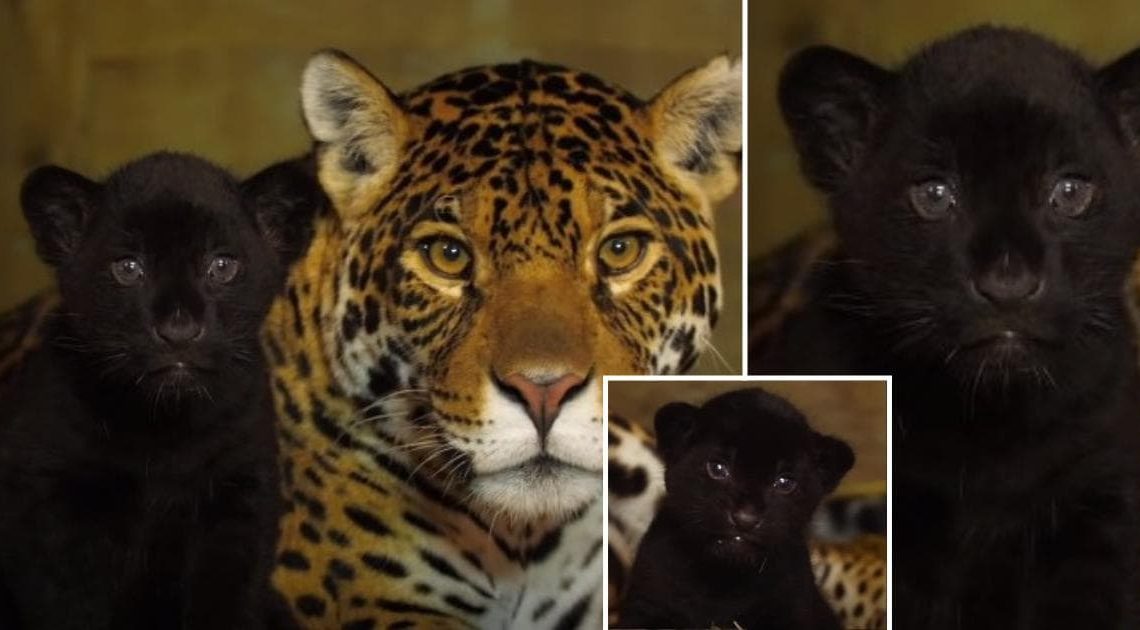 Friends of animals and lovers of nature have something to be excited about this month. On Monday, May 24, The Big Cat Sanctuary in Smarden, England, announced that one of their jaguars had given birth to a rare black panther on April 6. The female cub, which hasn’t been named yet, was born to Keira and Neron, the jaguar couple’s first baby together.

On the one hand, the announcement — along with the pictures that came with it — are bound to lead to a few cuteness overloads, and it’s something that cat-lovers are sure to be talking about for a while. On the other hand, however, the cub’s birth is good news for a species that the International Union for Conservation of Nature (IUCN) classifies as “near threatened.” Current threats to the species include a variety of intrusions on their habitat, namely residential and commercial development, agricultural production, hunting, pollution and deforestation — among a whole host of other worrying wildlife developments. Given their status as a species that has to contend with the threats above, their population is decreasing, and they are on the verge of being classified as “vulnerable” by the IUCN.

That’s why The Big Cat Sanctuary’s announcement is more than just great news for cat lovers — though it is that too. The birth of a healthy and rare black jaguar cub is one small step toward restoring the panther population. The sanctuary is, of course, not blind to these concerns and is thus helping to raise money for jaguar conservation in Costa Rica. 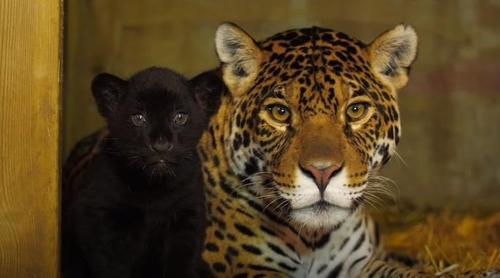 The sanctuary is asking fans and followers to help choose a name for the cub among three shortlisted options — Killari, Inka and Inti. To vote for your favorite name, you have to donate £5 ($7), which also enters you into a sweepstake to win a VIP tour of the sanctuary. As of May 27, the sanctuary is still taking donations.

The baby’s mother, Kiera, comes from Paradise Wildlife Park, where she was born in 2017, according to People. In 2019, however, the wildlife park transferred Kiera to The Big Cat Sanctuary, where she was paired with breeding partner Neron, who has a rare black coat like his daughter.

“We are over the moon to welcome this little jaguar girl to our Big Cat Sanctuary family,” read an official statement from Briony Smith, the sanctuary’s curator. “We had been monitoring Keira, the mother, closely for many weeks both in person and on the CCTV we had set up in her den. There was no doubt that she was pregnant, all we could do was wait with excitement for the big day.”

“On the morning of April 6th, we could see that Keira was unsettled and agitated and we knew that she had begun to go into labour,” Smith added. “This gorgeous little girl was born at 11.10 am and has gone from strength to strength since. I cannot believe how quickly she is developing compared to other big cat cubs and this seems to be normal for jaguars. She was born with her eyes open and walking strongly by 2 weeks old.” 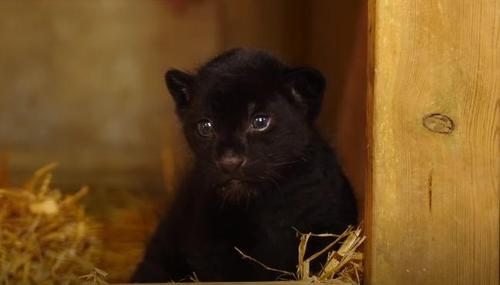 “Now she is tearing around the dens and certainly making sure that Keira has her hands full. She has bags of attitude, especially when her mother decides it’s bath time, and is outgoing and very curious. It is an absolute pleasure to watch her grow and develop and I can’t wait for the public to be able to see her when she is allowed out to explore her enclosure.”

The cub’s birth is part of the European Endangered Species Breeding Programme (EEP), an initiative that began in 1985 that requires zoos to stick to breeding standards to keep genetic diversity as high as possible and maintain animal populations in a space outside of the wild. EEP makes it so that young animals are placed with as many unrelated breeding pairs as possible so as to avoid inbreeding.

Kiera and Neron’s offspring is especially unique for its black coat, which takes after her father’s coloration gene, according to People. The scientific term for the unique color is “melanism,” which occurs when cats produce a surplus of melanin, a natural pigment found in most organisms. National Geographic reports that there are at least 14 species of wild cat that can produce offspring that have this special genetic trait, including leopards, bobcats and jaguars, as this new cub demonstrates.

While the zoo collects donations and votes for the new cub’s name, the sanctuary has taken to calling her “baby” for now. Voting for the cub’s name, which fans can do as many times as they want, also enters you into a sweepstake to win a VIP tour of the sanctuary, a chance to meet “baby” in person, the opportunity to put up “baby’s” official nameplate and a Jaguar iPace all-electric car for the weekend.