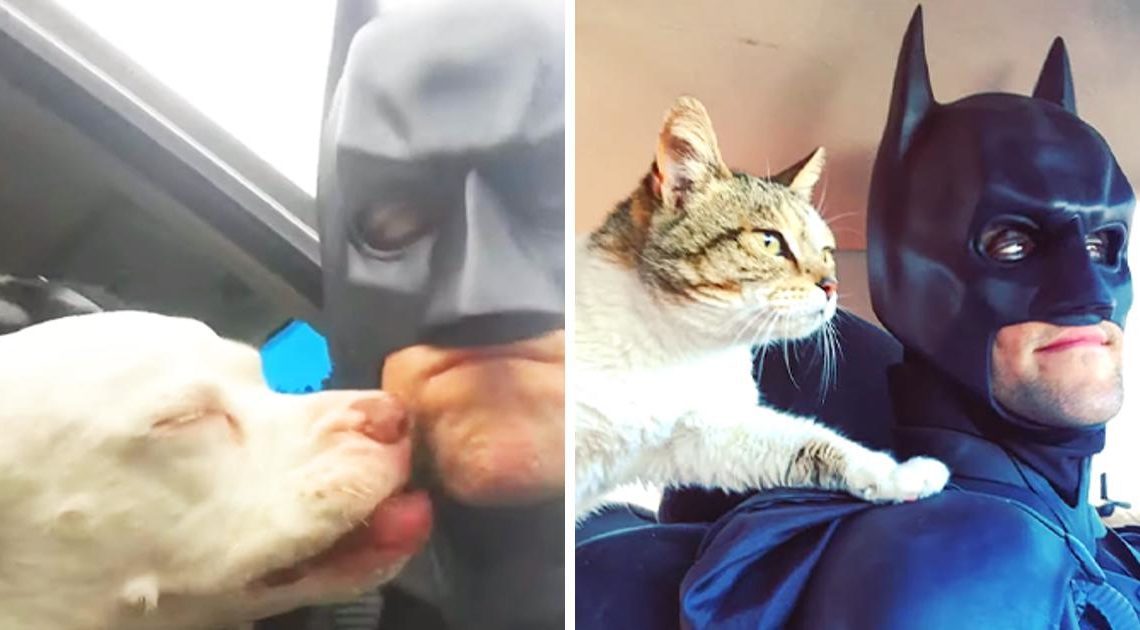 Heroes come in all forms, and it is never surprising to see the most special of heroes donning a cape. However, it is uncommon to see women and men of courage in costume and carting a car full of dogs! This is exactly what the public encounters when a Florida-based Batman is on a rescue mission.

Chris Van Dorn used a Dark Knight costume to conceal his identity when he launched Batman4Paws, a rescue animal transport organization. His passion for animals began long ago, and his zest for the welfare of shelter animals flourished when the nonprofit PilotsnPaws transported Chris’ dog, Mr. Boots, to him, his website says. He felt he wanted others to feel the great impact a dog can have on their lives, while he was also saving animals from euthanasia.

Beginning in 2018, Chris began traveling to connect furry friends to forever homes, and to start, the costume kept his identity a secret. Upon initiating a GoFundMe campaign to bolster his rescue efforts, his identity became known, but that has not stopped him from wearing the iconic Batman ensemble when he travels to connect rescue animals with their new owners.

The novelty of the getup sparks beneficial conversations about rescue animals, which aids his cause. He hands out stickers to children and talks to anyone interested in his plight. He has said that he works hard to embody Batman’s principals on every mission.

Van Dorn told TODAY, “I liked that Batman was mysterious and stood for a symbol that was incorruptible and stood for good. I really admired that. That’s what I wanted Batman4Paws to be: something that’s there just to be good. To try to do the best you can and stay true to the path.”

Right now, there is a need for a larger vehicle to assist Chris in transporting more animals during each trip. Currently, his radius is within 500 miles of his Orlando home, but he will travel greater distances if needed. He has been all the way to Vermont during one of his efforts.

Those seeking his assistance normally use email, a social media message or phone call as their Bat-signal, and after assessing the situation and determining need, Chris gets to work blueprinting a transportation operation.