Rescuer Intervenes After Puppy Was Found Dumped In Trash 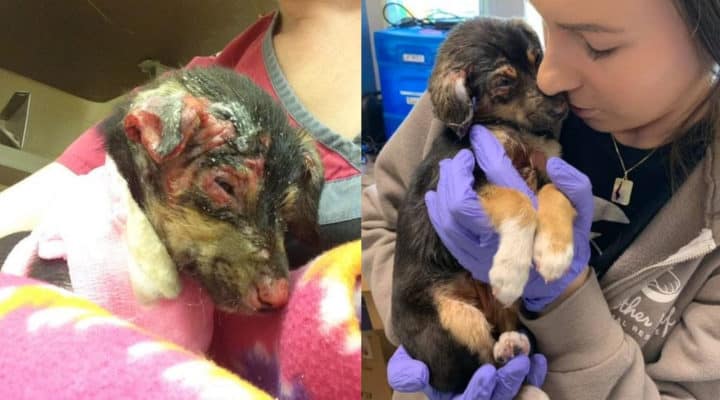 This puppy was burned alive and left to die in Tennessee. She was found in the trash outside of a local restaurant. From the looks of it, she had been burned with some sort of chemical. Her tongue and ear had taken the brunt of the damages. Rescuers estimated that at least half of her body was burned. Friends Animal Shelter of Cocke County and Brother Wolf Animal Rescue tried their best. 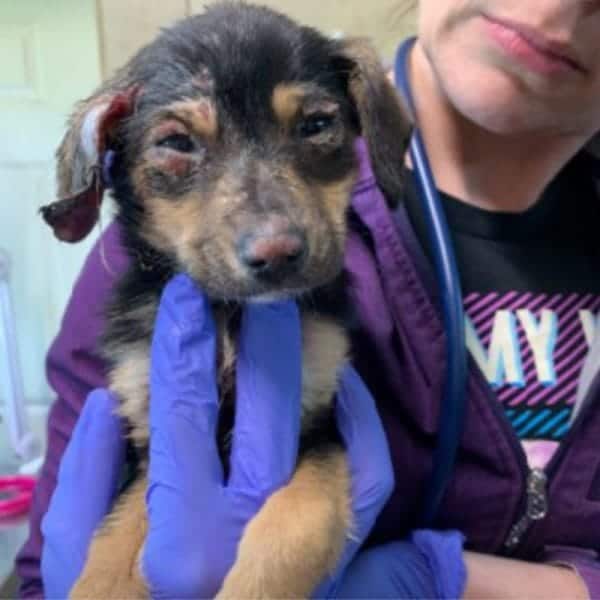 Brother Wolf is now the dog’s primary caretaker and she is given all of the help that she needs at their 24 hour site. This dog required around the clock care, due to the level of severity of her burns. She is expected to bounce back quickly. Thanks to her young age, she still has a great deal of resilience. The rescuers who initially found her were floored by her condition. 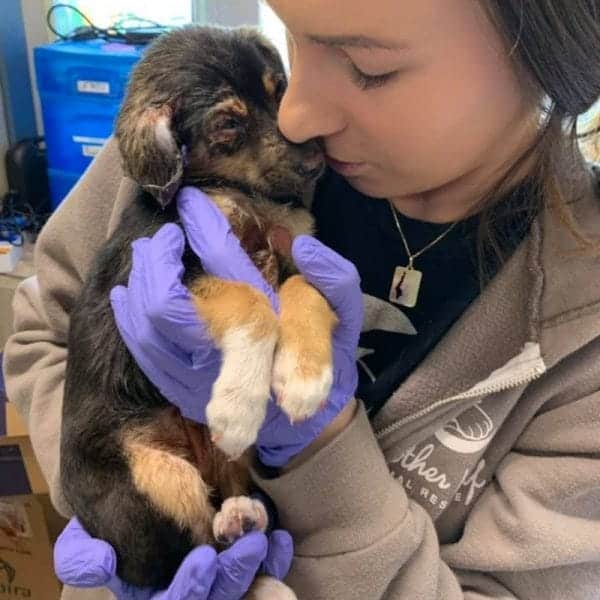 Elisha Henry is the director of Friends Animal Shelter of Cocke County. She says that she spent at least 30 minutes crying because of the dog’s appearance. Elisha knew that she had to do everything in her power to help out. She is the one who is responsible for the dog’s new name: Hope. She is now doing well but she is far from being out of the woods.

No one has been able to track down the parties who are responsible for the dog’s injuries. We cannot even begin to fathom who would do such an atrocious thing to an innocent baby. She is in the best hands now and no one will ever be able to hurt her like this again. The rescuers are going to make sure that she is fully mended before allowing her to strike out on her own. 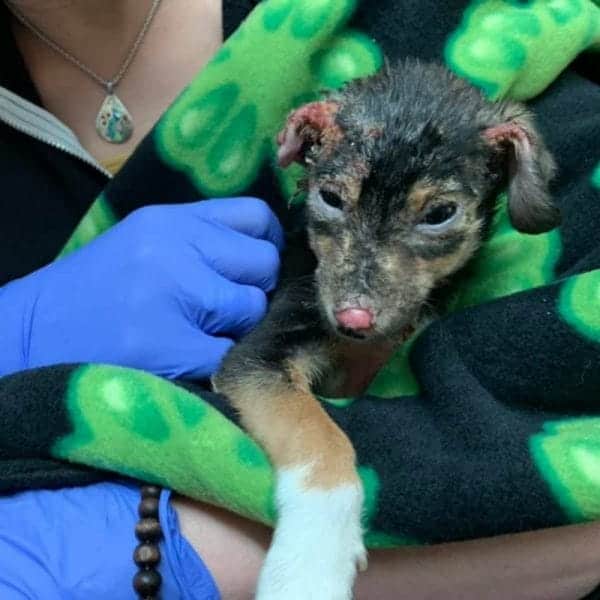 In time, she will be ready to be offered to a loving family that is willing to provide her with a forever home. After Brother Wolf issued a social media post about the dog’s condition, they received a multitude of responses:

“Following our most recent updates on Hope, we would like to extend a special thank you for an exceptionally sweet package we received yesterday from FABB (Fur Angel Blessing Blanketeers), addressed directly to Hope. Inside the box was a heartfelt card, a toy, and a soft, handmade prayer blanket that over 150 people put their thoughts and prayers onto. Hope is already enjoying cuddling up with her wonderful new blanket while she recovers!

“The outpouring of love and support we have received from the community has been absolutely incredible. We at Brother Wolf would like to say THANK YOU from the bottom of our hearts for the overwhelming amount of thoughts, prayers, well wishes, and donations that have been made so far in Hope’s healing journey. [sic]” 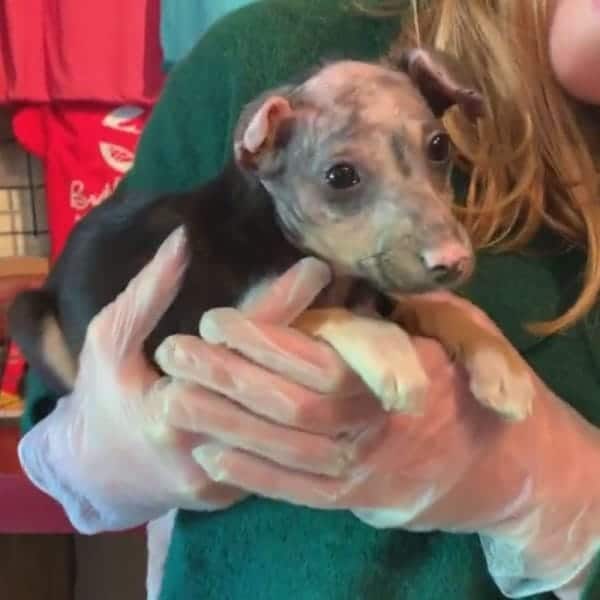 We hope that she makes a full recovery and we are glad to see that so many people are looking out for her. Let’s all do our part to help this dog along by sending her our prayers and well wishes. We are sending all of our best vibes your way, Hope! Get well soon, baby girl.