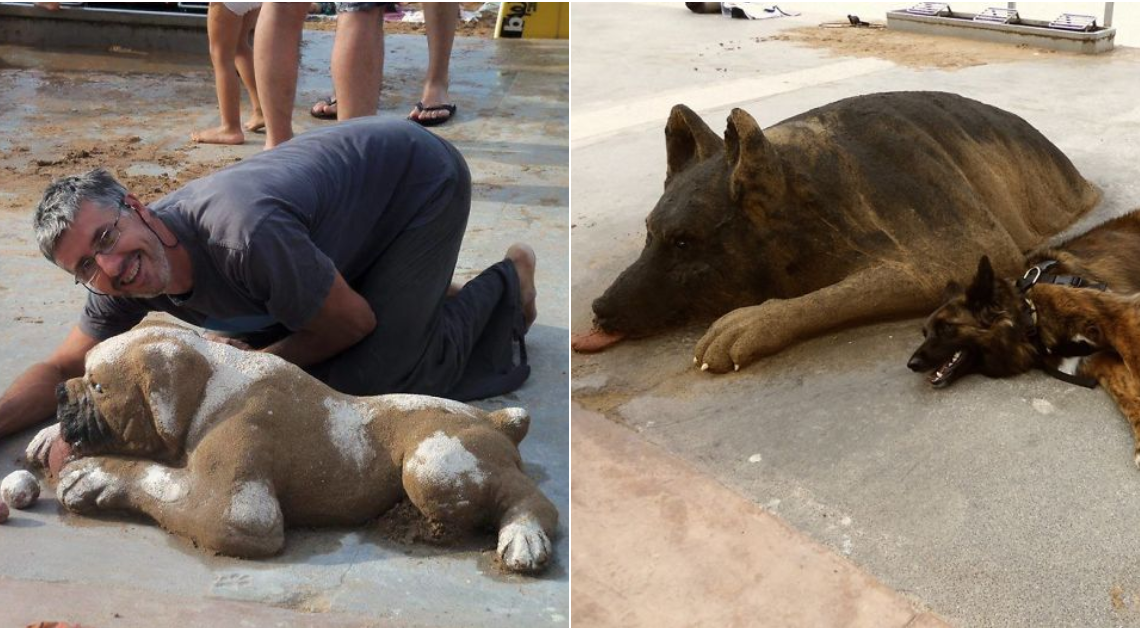 Anything can be used as a medium if you know how to express yourself. An artist can feel every bit of his creativity.

Andoni Bastarrika – a sand artist who sculpts realistic sand animals, has started his career almost ten years ago. Once while on a beach with his girls he made a little mermaid. Little does he realized then, is now one most amazing sand artist across the world. 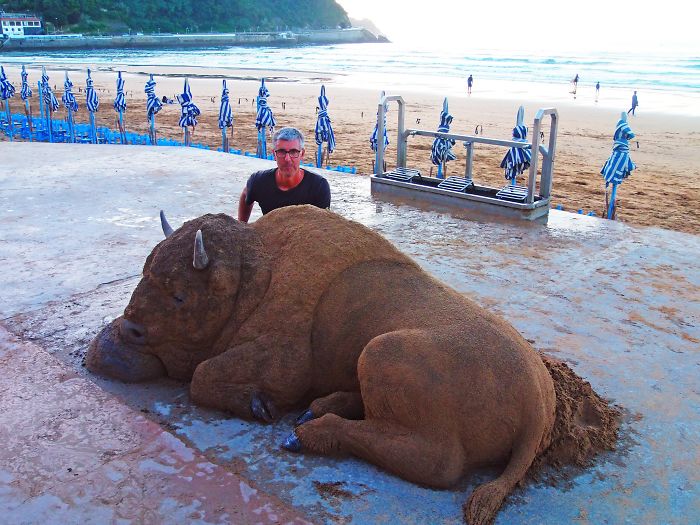 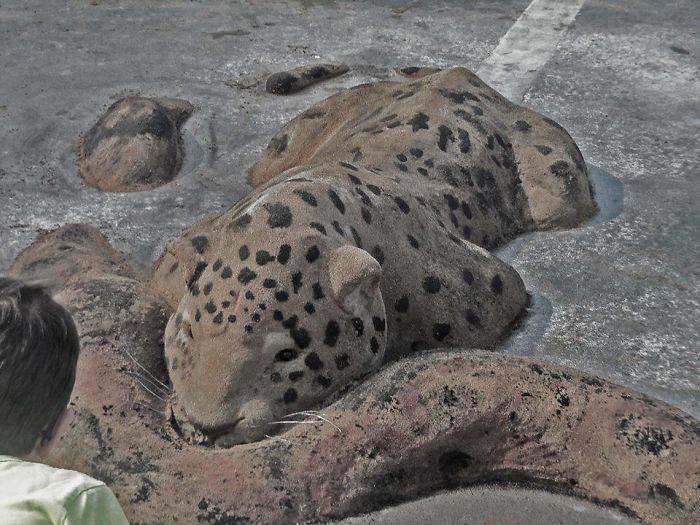 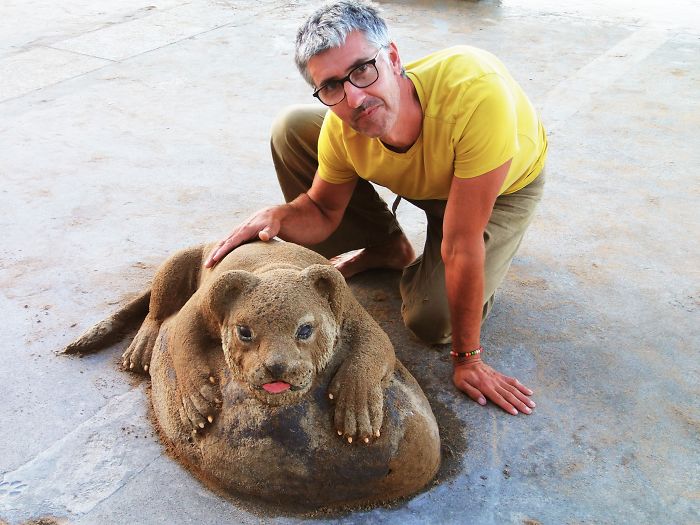 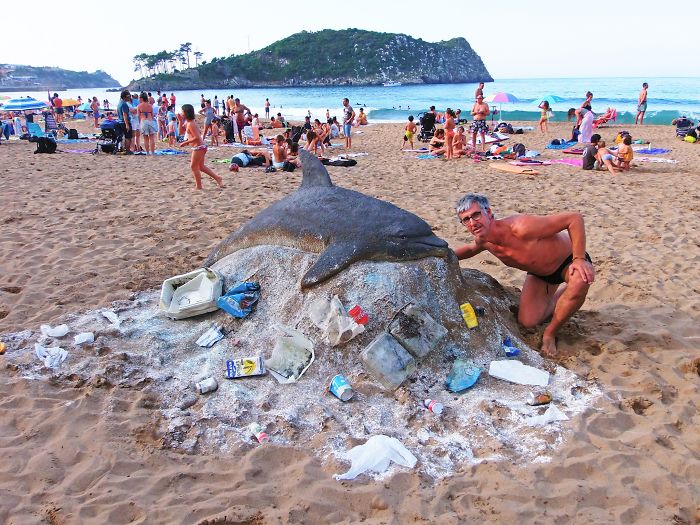 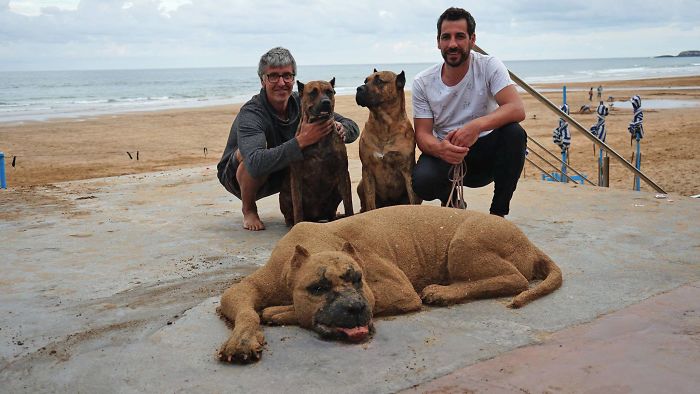 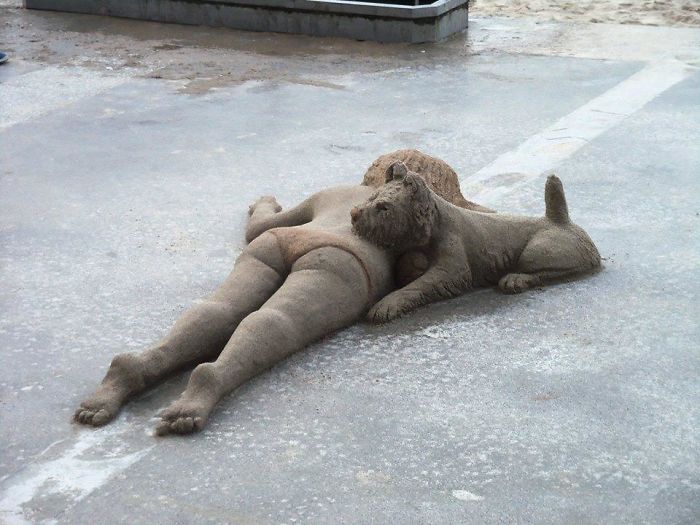 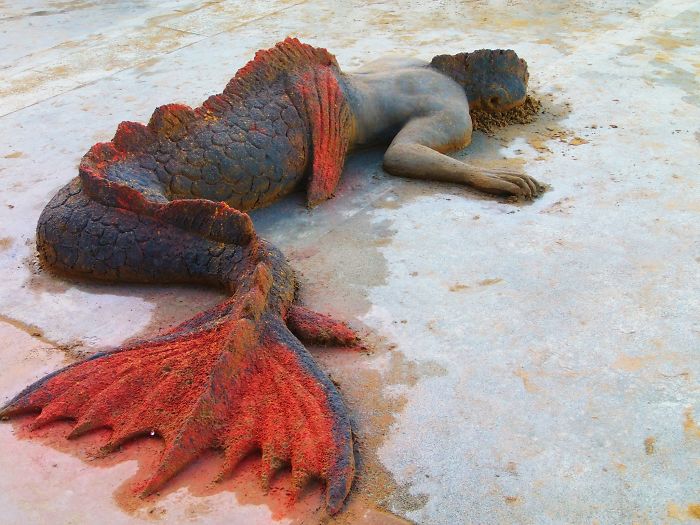 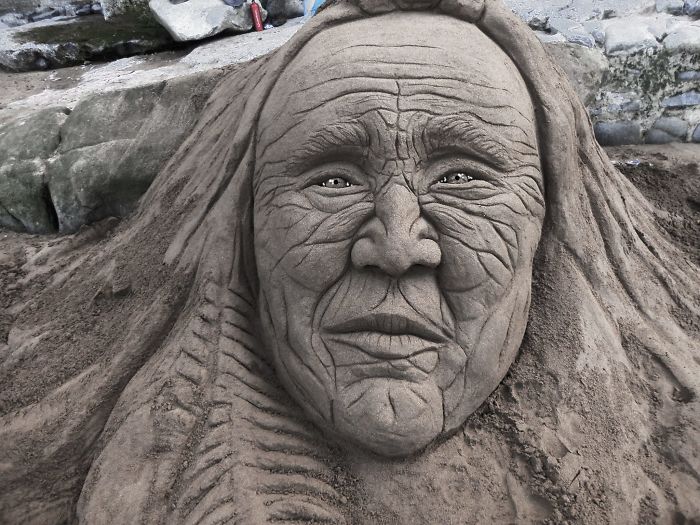 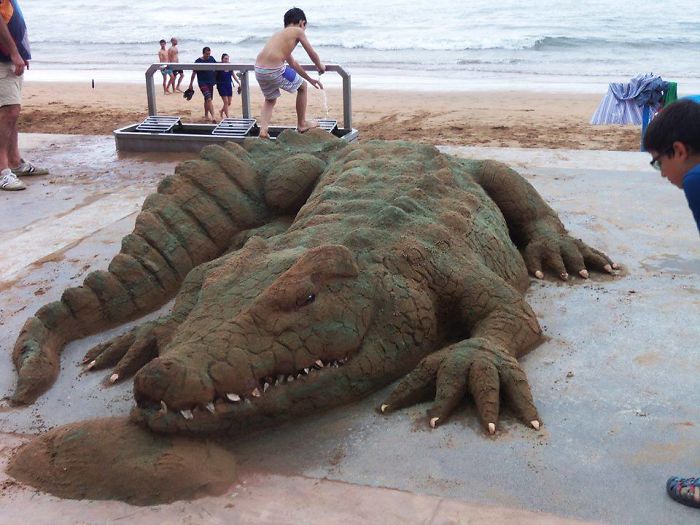 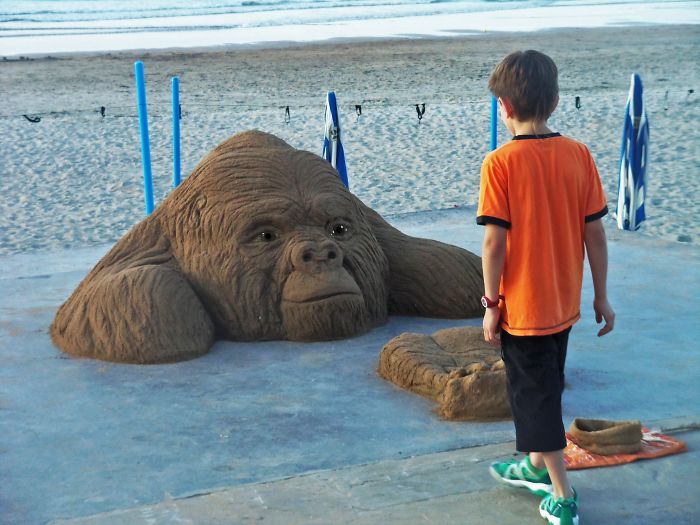 Andoni discovered his gift – the ‘fluidity’ of his hands and continued for 10 years doing sand sculpting without ending his journey. He shared his thoughts through the Facebook post saying –

“I devoted myself to developing this gift and have spent the last 10 years doing just that. The sand fascinates me because no matter how you look at it, it will always teach you things if you are willing to learn. In order to create a sculpture, an unthinkable number of sand particles participate, hugging each other tightly through humidity, so that someone could model their union. And once the artist steps back, its piece will remain at the mercy of nature, meaning that sooner or later the wind will dry them up and release each particle, slowly consuming all the individuality and authenticity.” 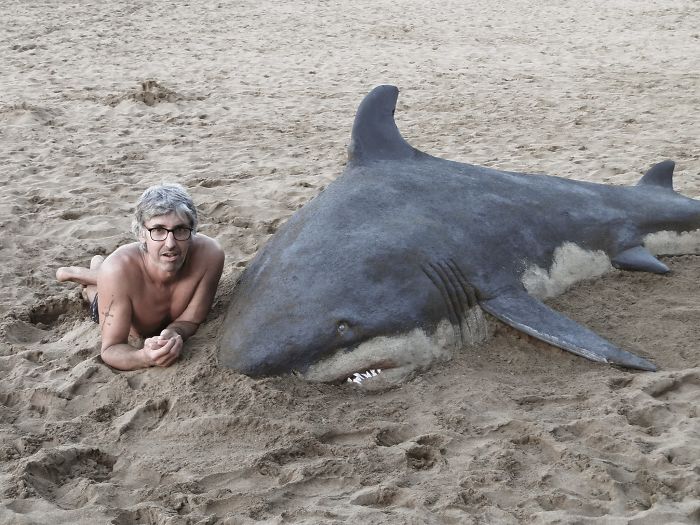 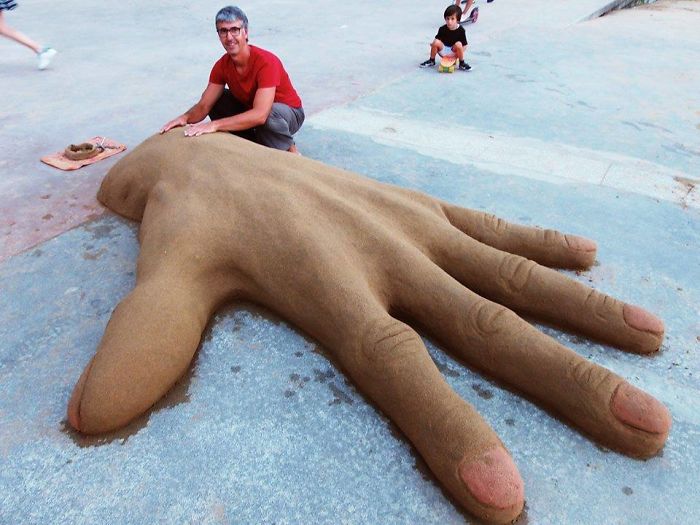 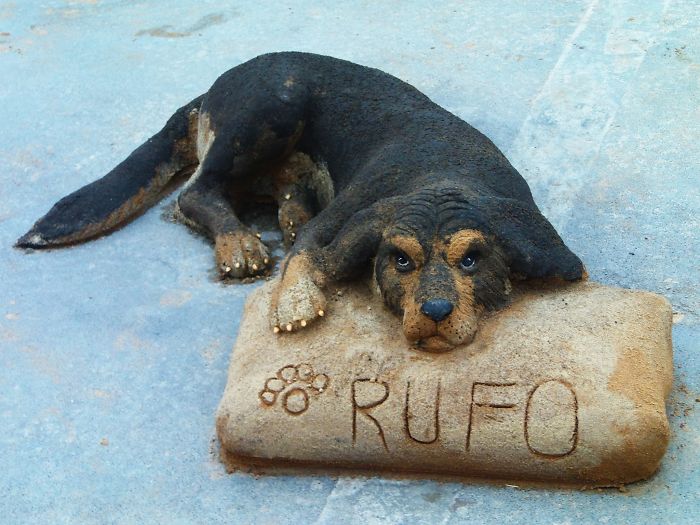 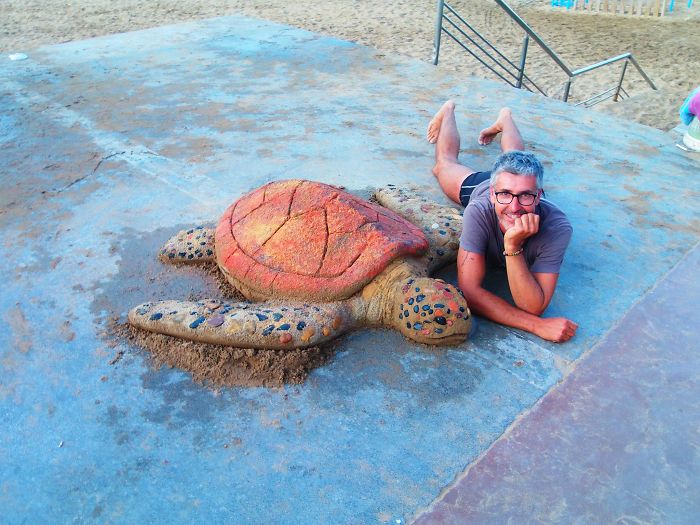 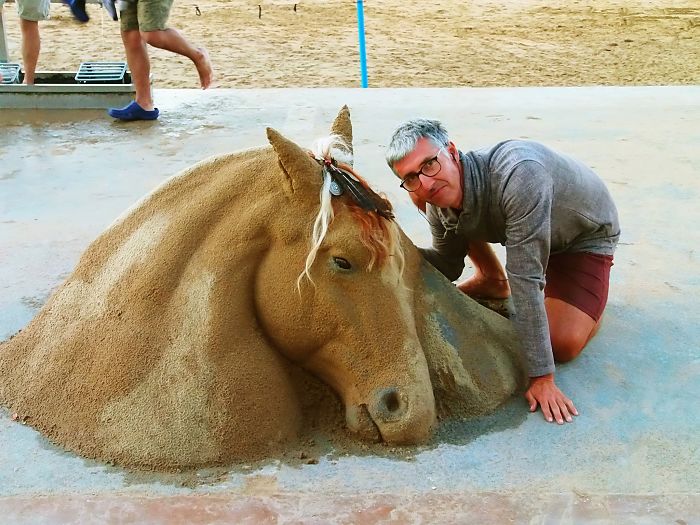 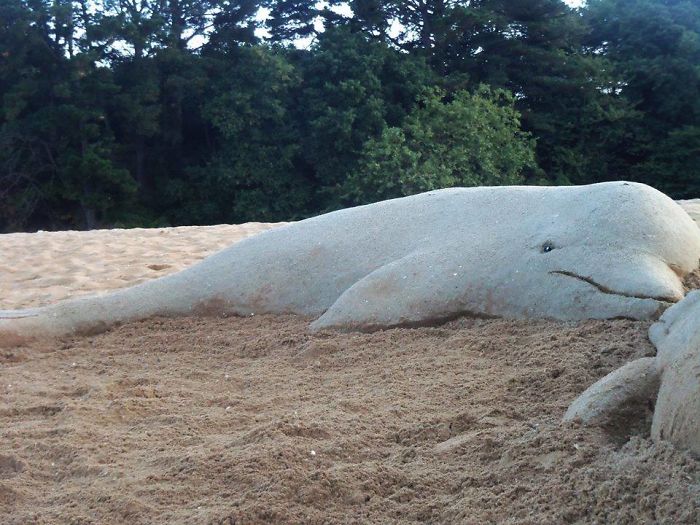 Andoni says he never wanted to stop. His interest increases day by day. There are many reasons why he is always attracted to sands – and one of them is animals. He added that animals are not only unique and beautiful but bearers of great wisdom as well.

“To create a beautiful world, we should all embrace each other just as tightly.”

“There are a lot of reasons why I like to make animal sculptures as well, but one is the fact that animals are free spirits. Humans can reflect and learn from them.” 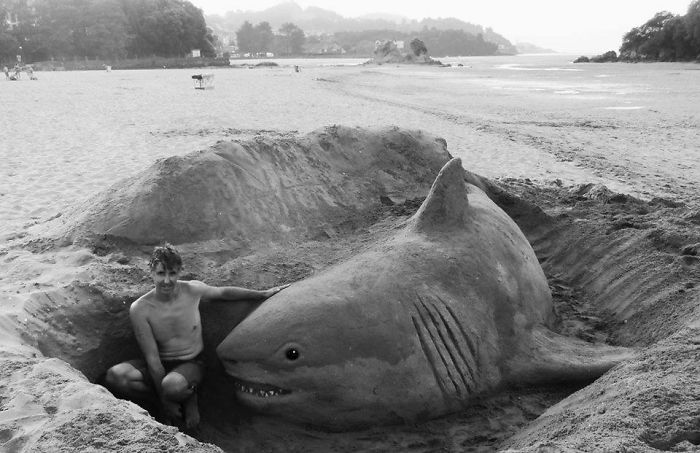 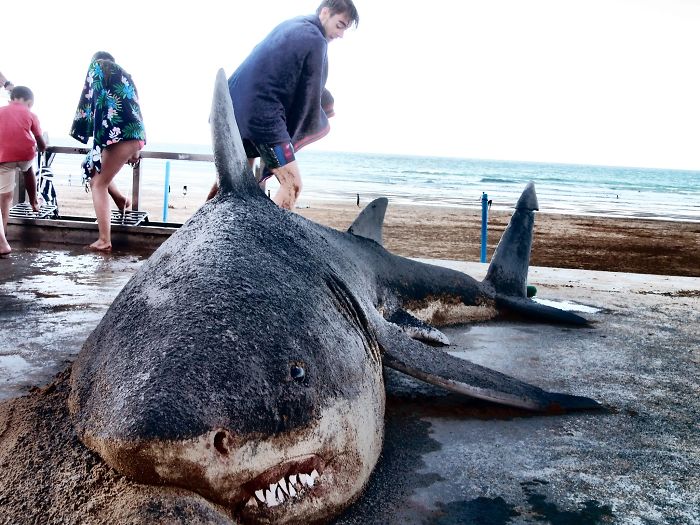 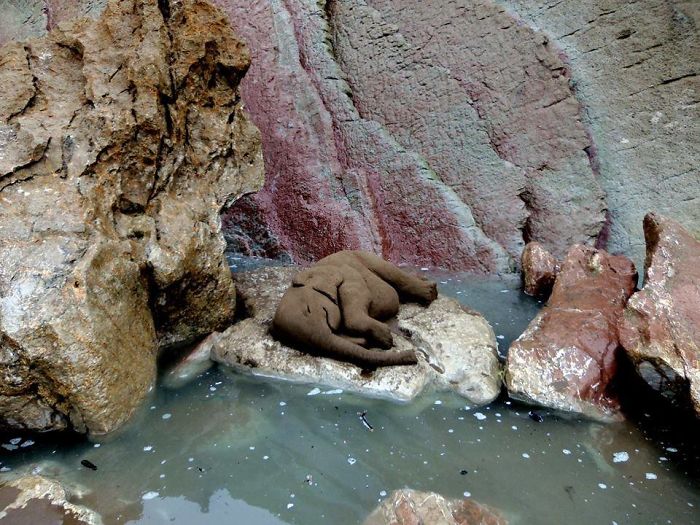 Then, there’s the nudity they bring with themselves to this world at birth which they keep until their death. That nudity — at least to me — symbolizes freedom, the essential ingredient to being able to truly live. Humans ‘overdress’ to survive in a lot of ways. I have never made nor will I make an animal with a necklace or chains. I prefer to embrace their freedom, power, and wisdom through beauty rather than a form of suffering.” 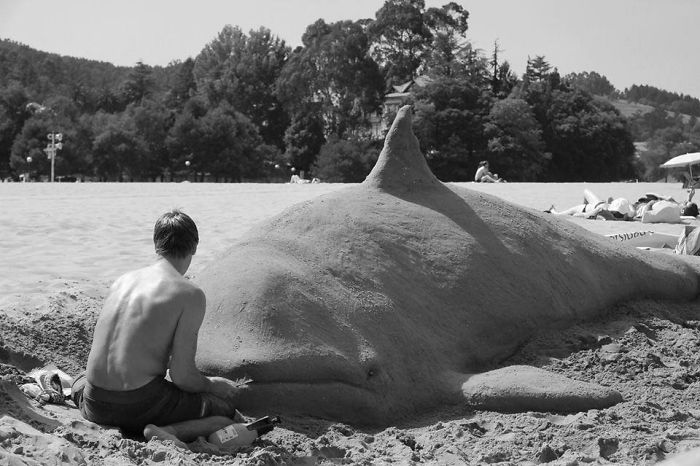 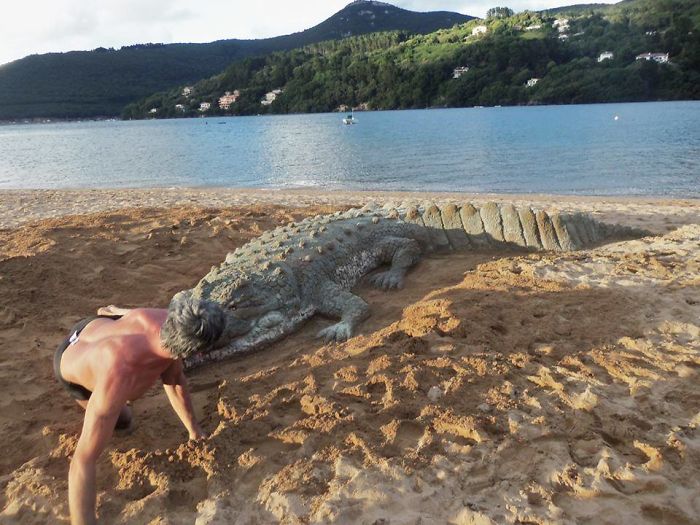 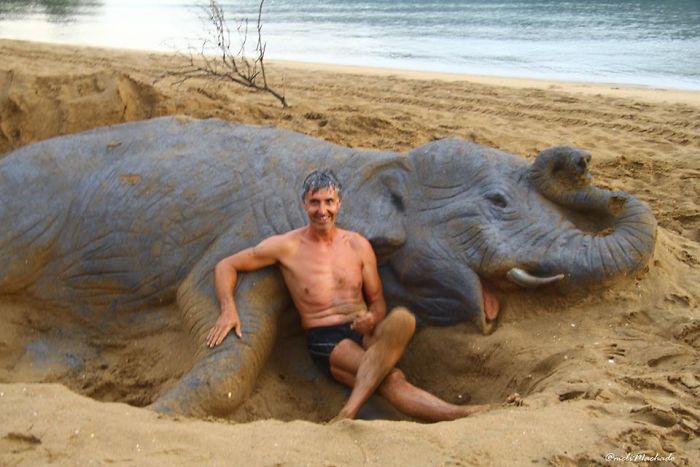 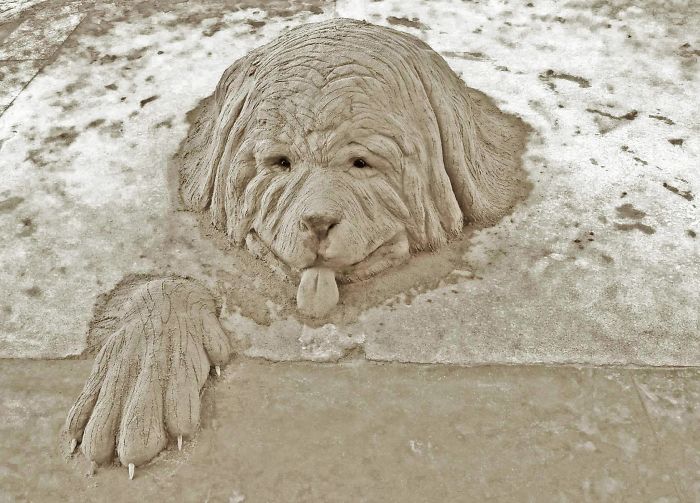 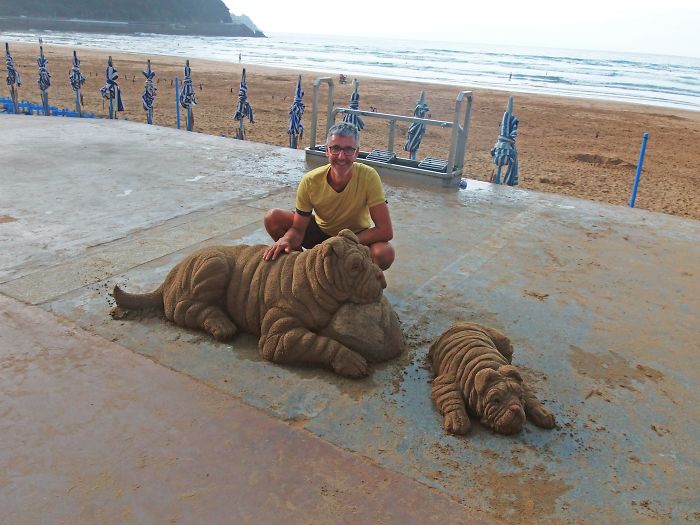 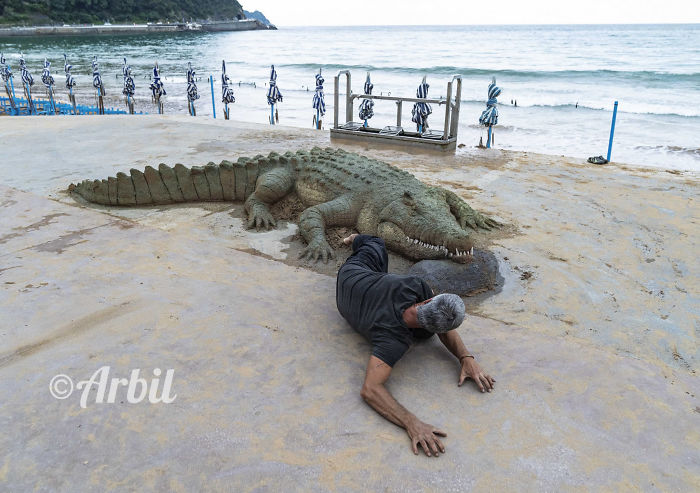 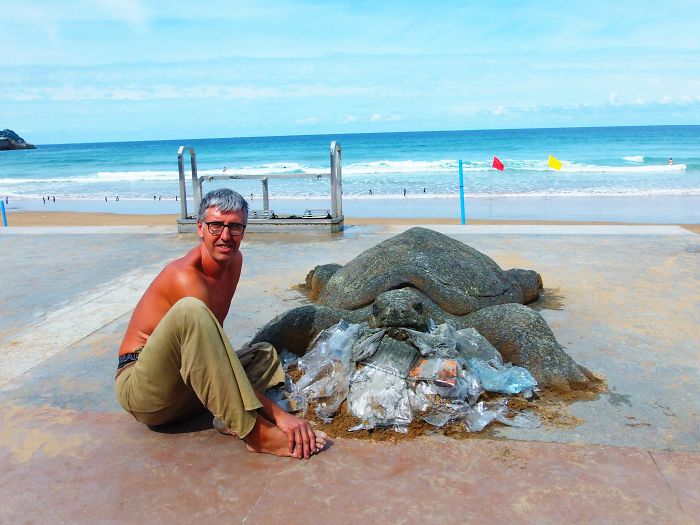 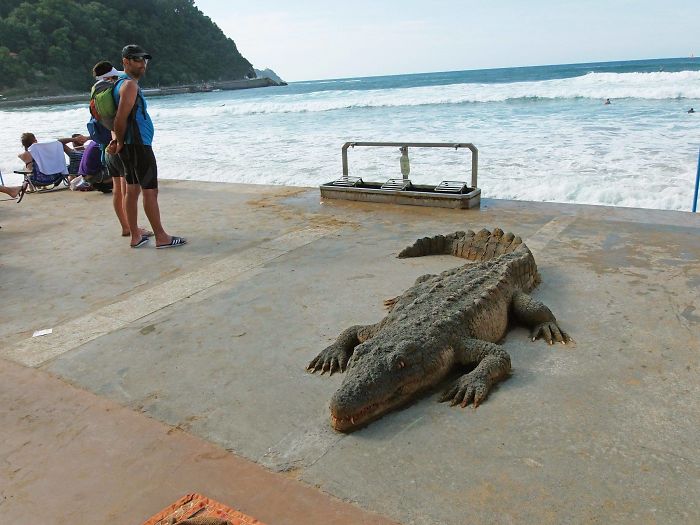 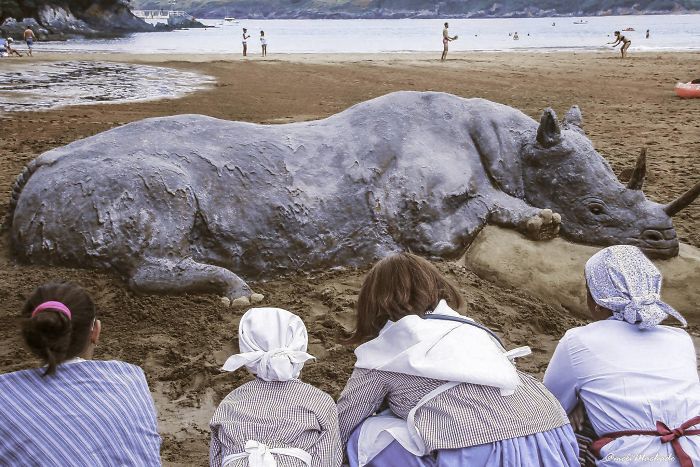