Seemingly homeless dog asks a motorbike messenger for some affection 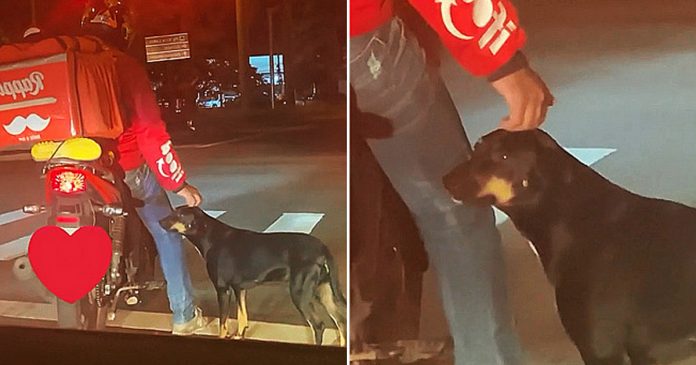 An apparently homeless dog has become a star in different social networks, thanks to a video that went viral where he proves to be very kind to a motorcyclist who was passing through the area where he keeps.

Although dogs generally chase cyclists or motorcyclists, with the intention of making them uncomfortable, this little dog decided to do the opposite.

Danilo Ricci, a man who was wandering in his car in the western part of Sao Paulo, got a big surprise. While he was at a stoplight, a seemingly homeless puppy who approached a domicile immediately caught his attention. 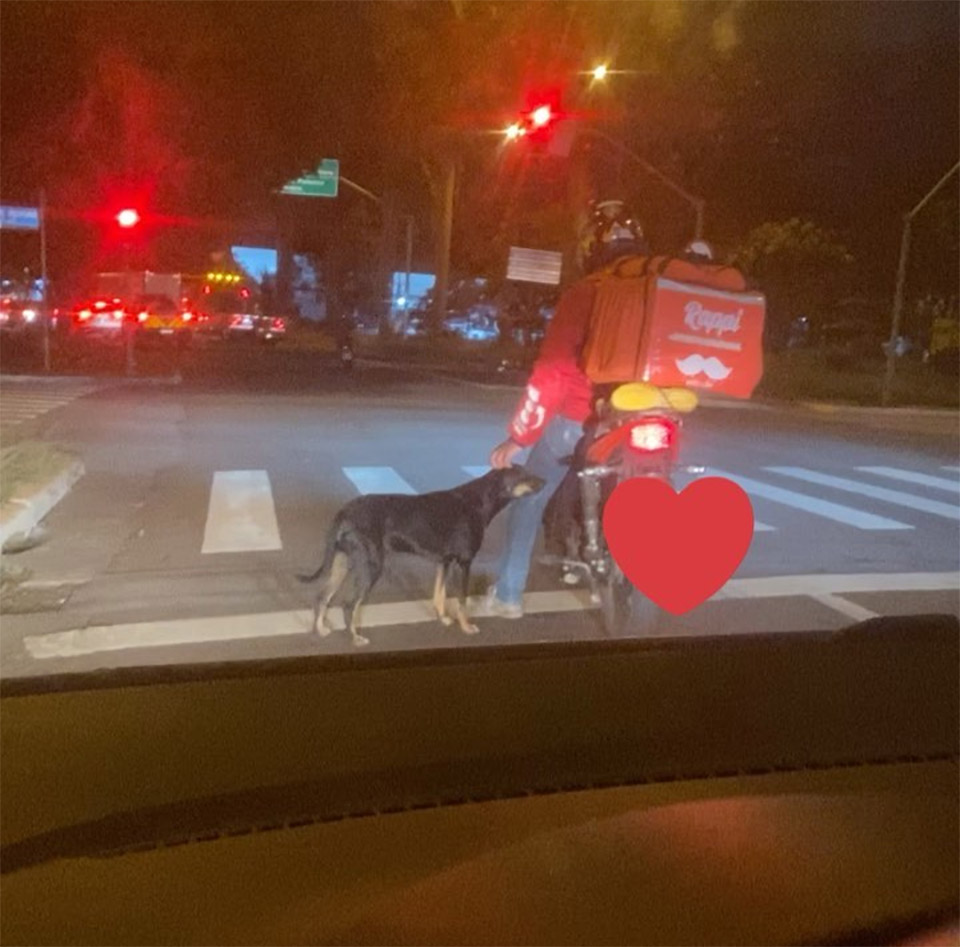 The dog stood in front as the traffic light changed and, instead of barking, asked the man to pet him for several minutes. 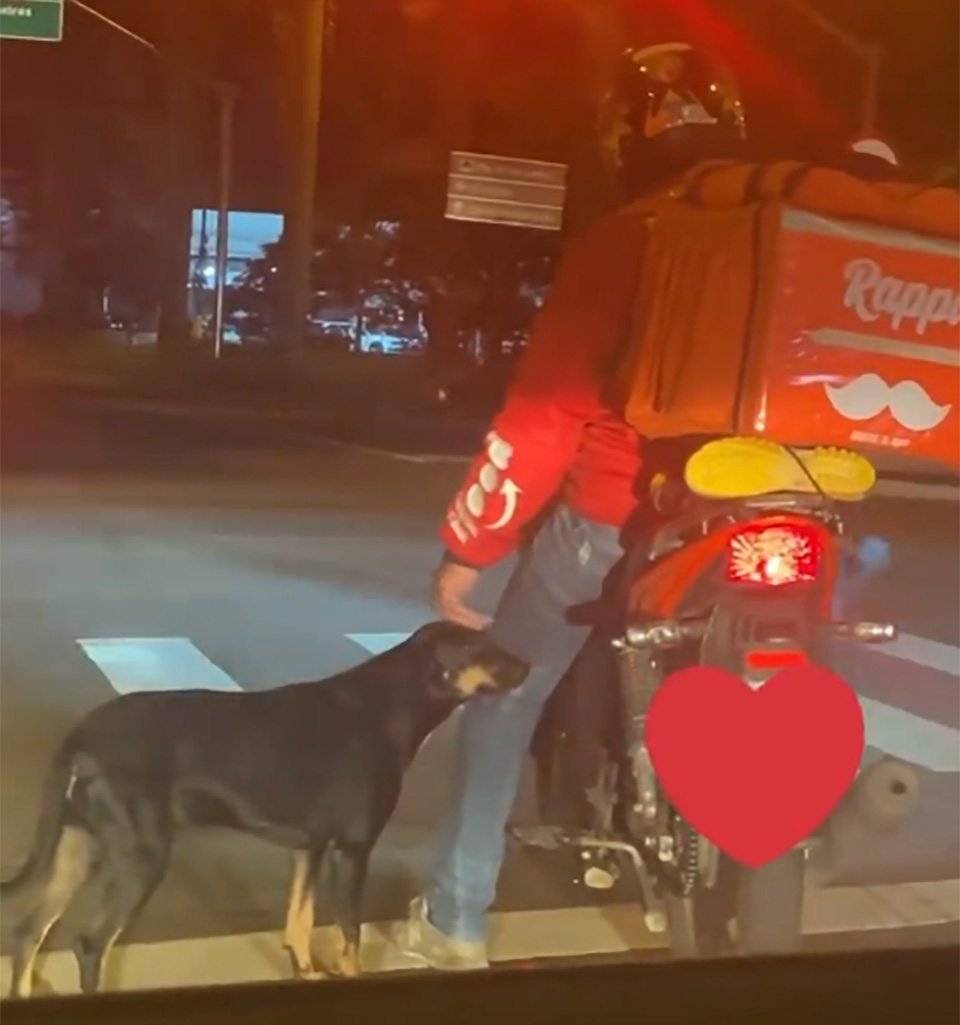 Danilo was moved, so he decided to record the moment , while singing a fragment of the song ‘Ser um é amor’, by the samba player Arlindo Cruz.

While they waited for the traffic signal to change, the puppy received a lot of love from the messenger. 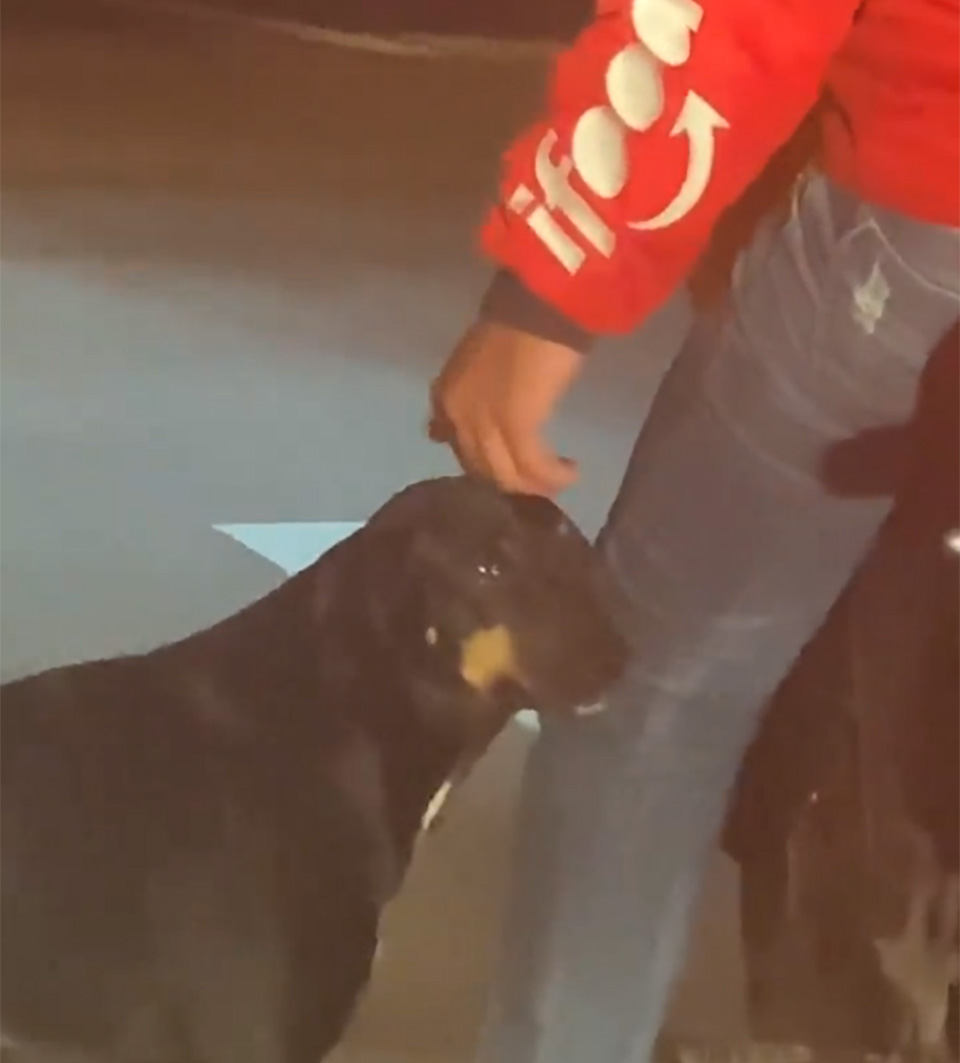 Danilo said in the Video :

“Her face! The baby gains a lot of affection as the signal changes.

When the traffic light finally changed, the man thought the dog would follow him, but decided to return to the sidewalk, patiently and tenderly.

Check out the adorable video below: