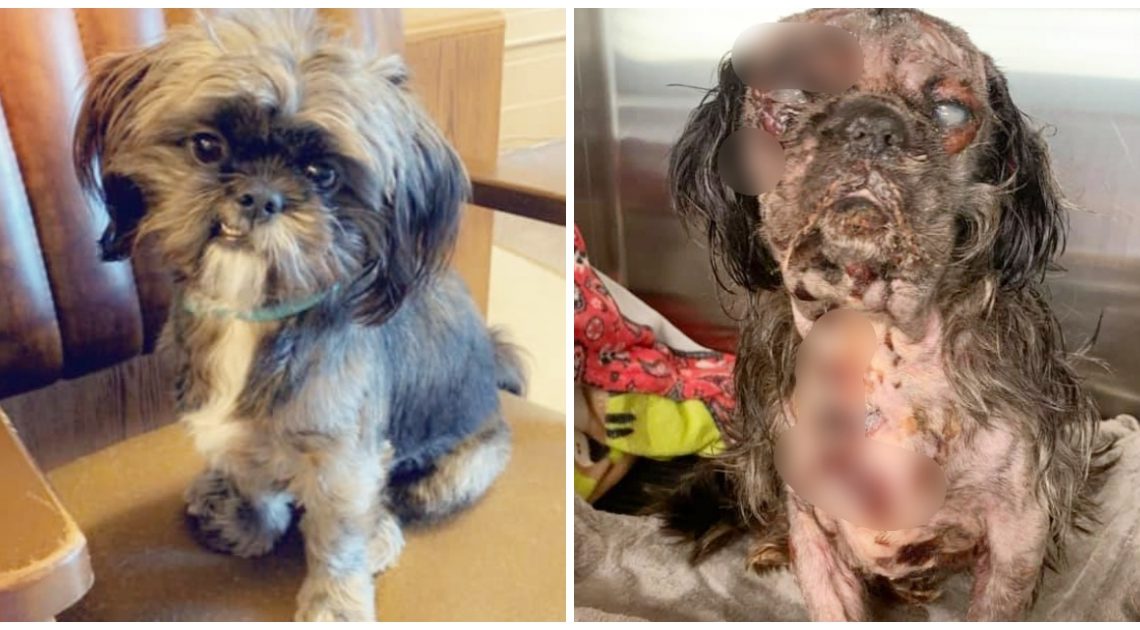 Gizmo is a sweet, friendly, and playful little 2–year-old Shih Tzu who is more than a cherished member of Mandy Garner’s family. Mandy relies on Gizmo as her service animal, so he is a very important part of her life and activities of daily living.

While inside her Baytown, Texas home, Mandy allowed Gizmo to go outside and relieve himself, as she always does. There was nothing unordinary about the events of the day except what she says happened next.

Mandy says she went back inside her home, put a few items away, and went back outside to bring Gizmo in. What she saw on the porch horrified the poor woman, as Gizmo was shaking and had something terribly wrong with his face.

She immediately scooped the little dog up and drove him to a nearby animal hospital for assistance. With COVID restrictions in place, Mandy was not allowed inside, but the vet performed a variety of tests to determine what happened to Gizmo. 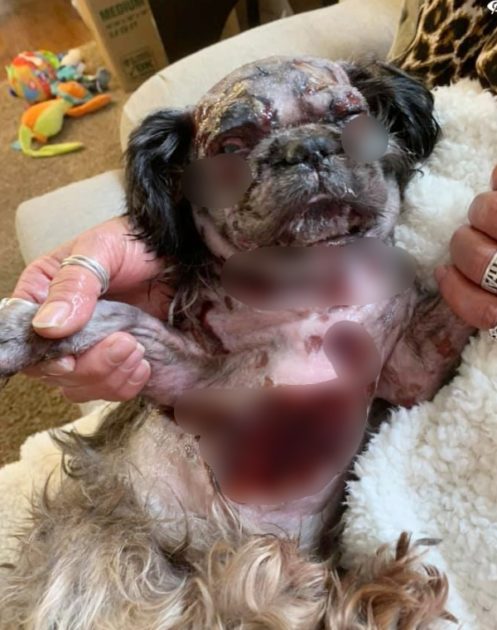 Gizmo suffered chemical burns to his face and was hospitalized for a week. She says it appears as if someone set the dog on fire, which is technically how it feels to have chemical burns.

She continued, “A pest control officer said that it was a large amount intentionally put on him, not to mention he had internal bruising in his chest as well as mouth messed up where they possibly could have kicked him afterward.”

Poor Gizmo is blind and will need both of his eyes removed. Mandy feels like she is getting the runaround from authorities. 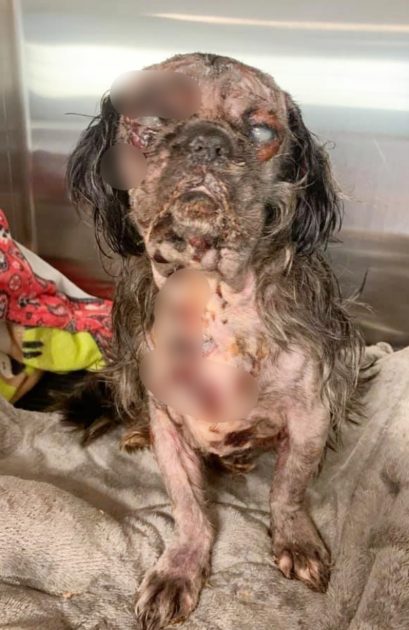 “I called Baytown Police Department to file charges for animal cruelty which is a felony offense and they stated that they can’t do anything because I don’t live in the City Limits of Baytown and for me to call Harris County Sheriffs Office,” Mandy wrote on Facebook.

“I called them they stated they don’t investigate animal cruelty only if a dog has bitten someone and that’s not the case, and they told me to contact the Houston SPCA and I’ve filed reports with them and nobody will do anything.” 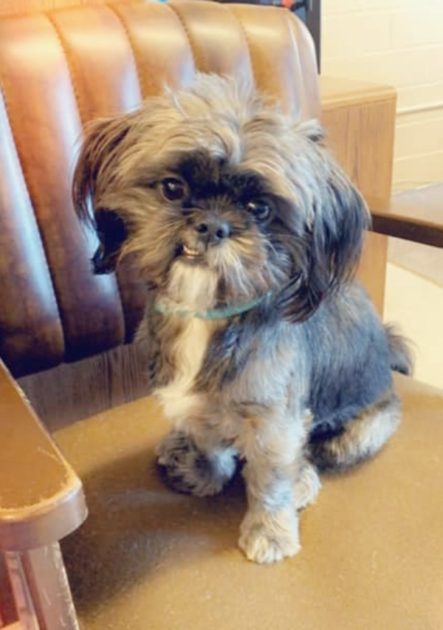 According to PEOPLE Pets, a representative from the Harris County Sheriff’s Office says the case is under investigation.

We wish Gizmo all the best in his healing process and hope that the person or persons responsible for this horrible crime are found and prosecuted to the fullest extent of the law.