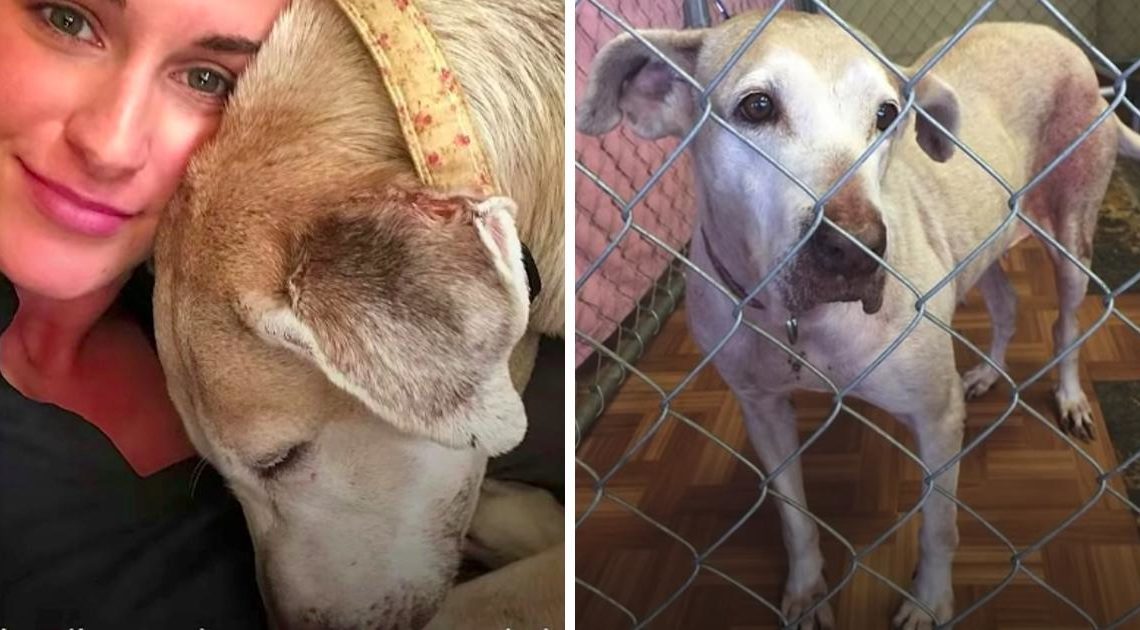 Pirate, a senior dog, had spent seven years of her life at an Oahu animal shelter. The sweet dog was lonely, and she grew more depressed with each passing day. The staff feared that Pirate would never know the joy of finding a forever home. Fortunately, one kindhearted service woman heard Pirate’s story and knew she had to do something.

Jennifer Hoyt, a member of the United States Army, was stationed in Honolulu, Hawaii when she decided that she wanted a dog. Jennifer had always been an animal lover, and she didn’t want to buy a puppy from a breeder. For her, there was only one option: adoption.

Jennifer’s fiancé, Dennis Shaffer, was also enlisted in the military. Dennis asked Jennifer to wait a few months to adopt a dog. He was stationed in another state and wanted them to adopt a furry family member together.

Jennifer agreed to wait until Dennis moved to Hawaii to adopt a dog. She decided to volunteer at a local animal shelter until she was able to adopt a dog of her own. That’s when she met Pirate.

At first, Pirate was afraid of Jennifer. She cowered in her kennel, but Jennifer was not about to give up. She brought the dog toys and treats, and she eventually earned Pirate’s trust. Jennifer told Dennis about Pirate and convinced him that this was the dog for them. She adopted Pirate, who now goes by Pirate Marie, on July 13, 2017.

Pirate is no longer afraid of humans. She enjoys playing, long walks and car rides with her family. She never has to sleep alone on the concrete floor of an animal shelter again. Pirate Marie now sleeps in a warm bed with her human parents. You can follow Pirate Marie’s journey on Instagram.

There are millions of dogs just like Pirate waiting for their forever home. Consider adopting a dog instead of buying one from your local pet store.