She Fell In Love At First Sight, But Shelter Staff Told Her To Not To Bother And Go Check Out The Cute Kittens! 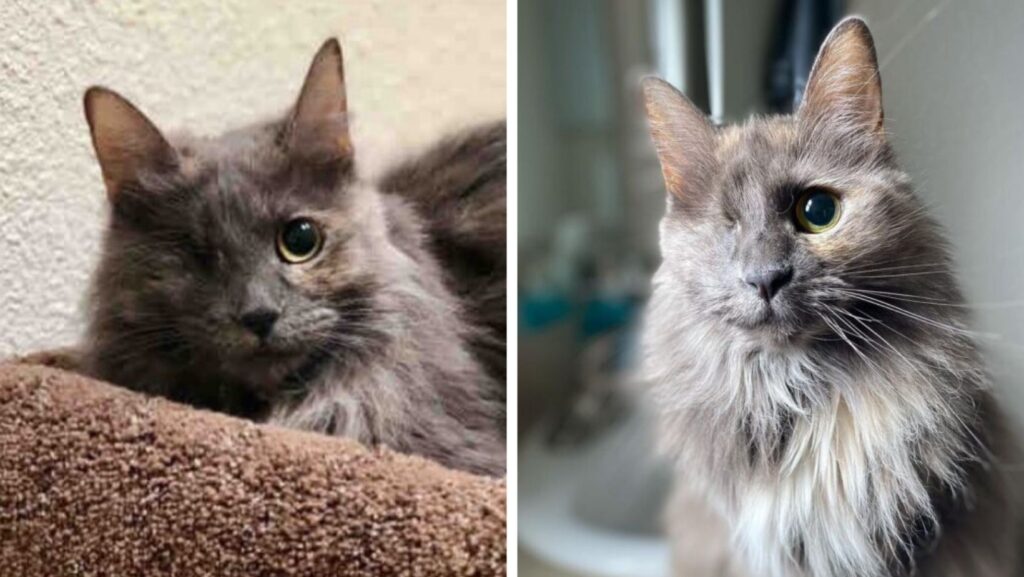 ALL CATS DESERVE TO GROW UP IN A HOME WHERE THEY ARE THE LORDS AND LADIES OF ALL THEY SURVEY, SADLY THIS IS NOT ALWAYS THE CASE, BUT ONCE IN A WHILE A DREAM COMES TRUE.

Ivy had been languishing in an animal shelter for three months when her future mom saw her picture online and went to visit her.

When Ivy met her mom-to-be, it was clearly love at first sight, however, shelter staff did their best to dissuade her from adopting Ivy. Even to the point of suggesting she go out and take a look at the kittens! 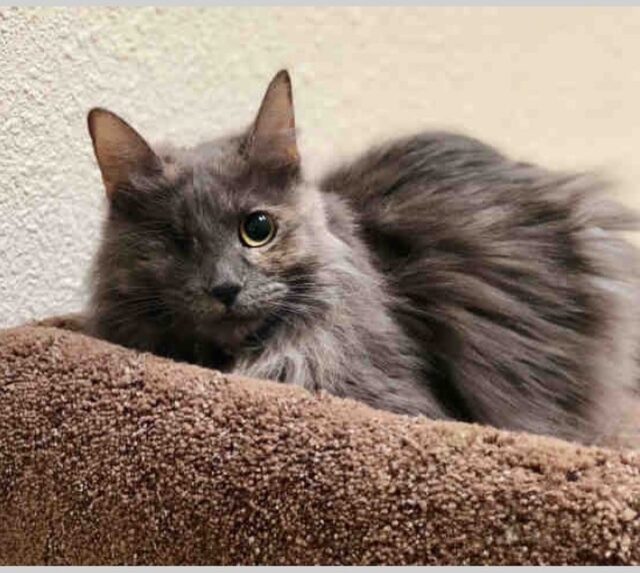 They told her to go look at kittens instead, but she knew we were meant to be!” So, mom purrsisted, wanting to know more about the beautiful floof with the one eye. Before Mom was allowed to play with Ivy, she was told not much was known about Ivy’s personality,” said Ivy on her Instagram page.

In her 3 months there, she hadn’t been out of her kennel. “They didn’t know if I was nice or not,” explained Ivy. “But as soon as they let me in the room I ran right up and hopped up on her lap!” 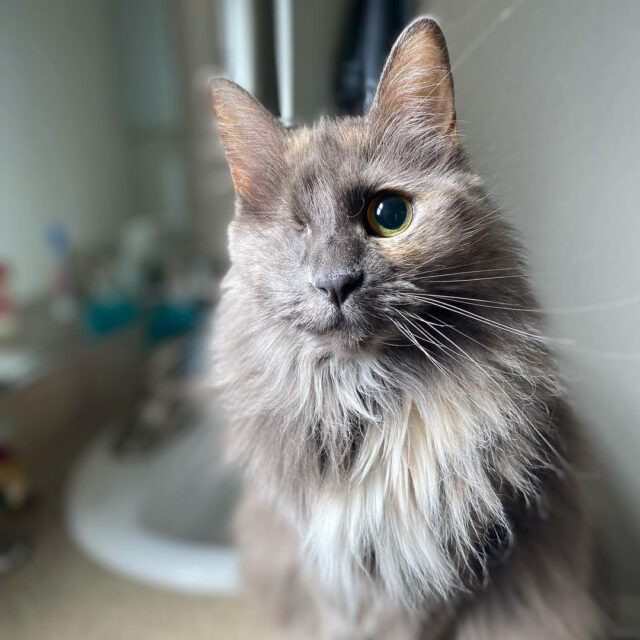 The photo that began this fairytale story shows the picture of a beautiful cat looking into the lens with one big, bright, shining eye. An eye looking out in hope of finding her forever home. Since that day Princess Ivy’s mom has done her very best in making the feline’s hope of a good life a fairy tale reality.

–Found starving and dehydrated, she is told not to both, “after all he is completely unadoptable!”

–After finding some orphaned kittens crying for help there was no way they could turn their backs!

Ivy’s mom signed the adoption paperwork the very day she met Ivy and “she was approved on the spot!” Since that day she has progressed to being the princess she always deserved to be, to the Queen of her home, or Miss Kitty to her friends. 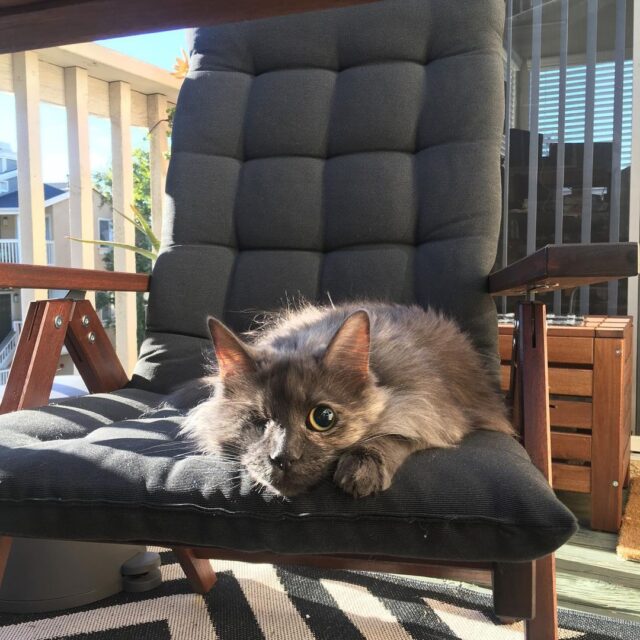 Ivy spends her days like every cat should, in pure bliss with snacks and love aplenty! Now, let’s see what a day in the life of a cat queen looks like.

In the morning sunshine, her beautiful colors can be seen even if the silly cat keeps “low enough” the birds can’t see her! 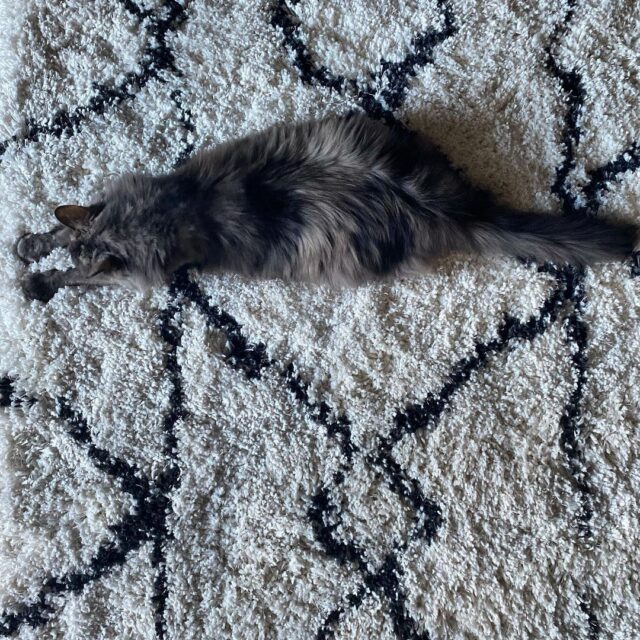 Then, Ivy has her yummy eats, her favorite being ham. But she does yoga so she can keep her feline waistline svelte while eating all the snacks she wants!

Of course, a kitty needs her rest, so Ivy makes sure to settle in and get plenty of naps. But, before she gets snuggly, Ivy does a bit of hunting. Here, she shows off her prize, “Lookie I killed this mouse.” 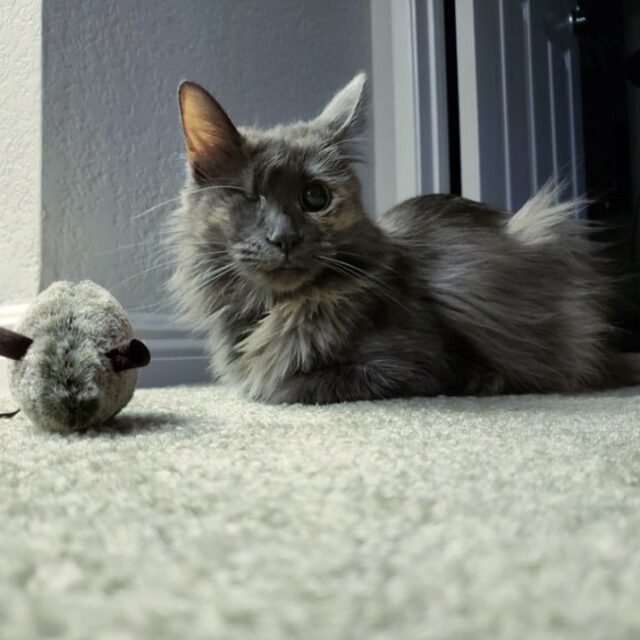 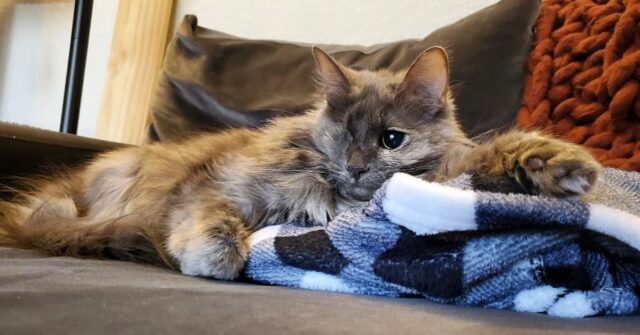 And when the sun has set, kitties like to get comfy.

Sinking her danger mittens into something soft and fuzzy, Miss Ivy explains, “After a long day of sleeping, eating, meowing at nothing, and climbing on things I’m not allowed to climb on, there’s nothing like kicking back and squishing.” 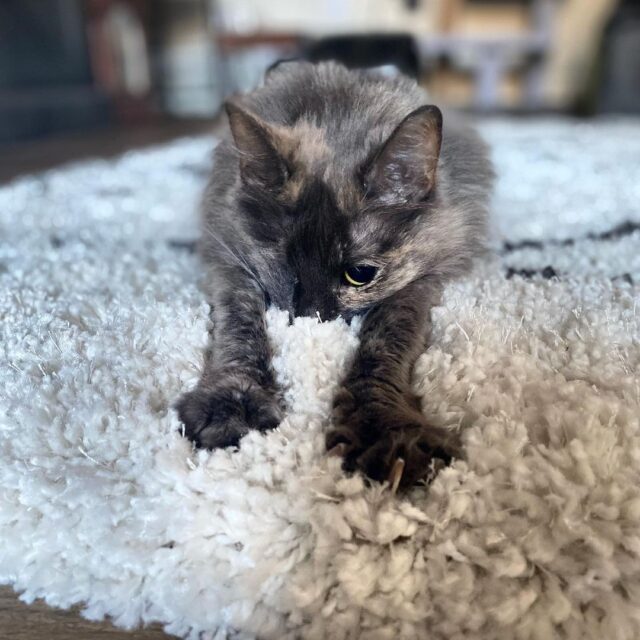 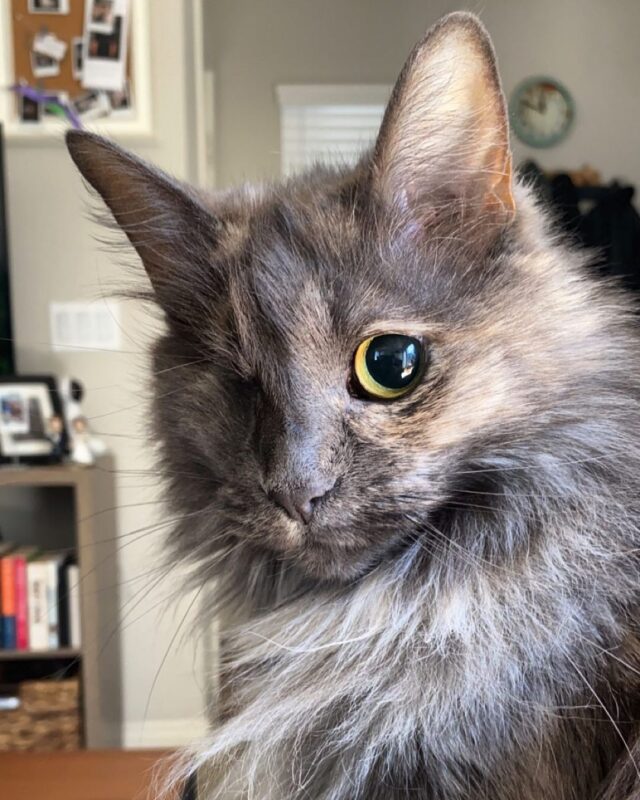 Sounds like a fairytale life for a cat, fur sure! So, as Ivy tells it, “Like any fairytale princess story, the princess is locked away, waiting for her happily ever after. Now I am a QUEEN.”