Smart Cat Earns Plenty Of Money To Repay His Owner 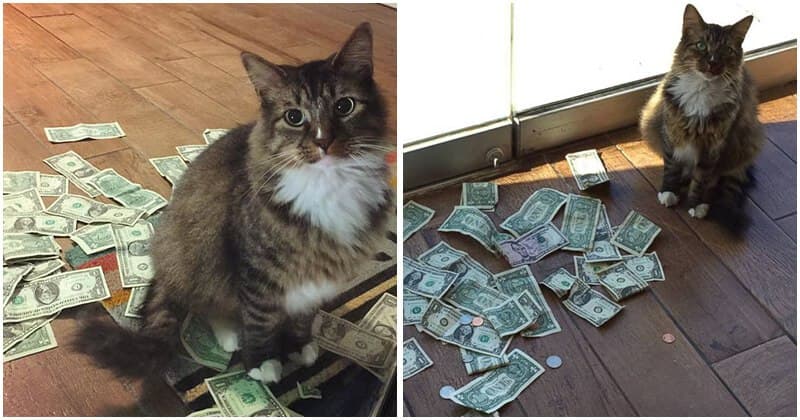 Believe it or not, cats are much smarter than they’re given credit for. Once they set their mind on something, they’ll get what they want at all costs. This is also the case for Sir Whines A Lot, a clever tabby in Tulsa, Oklahoma who works hard to earn countless money for his owner. 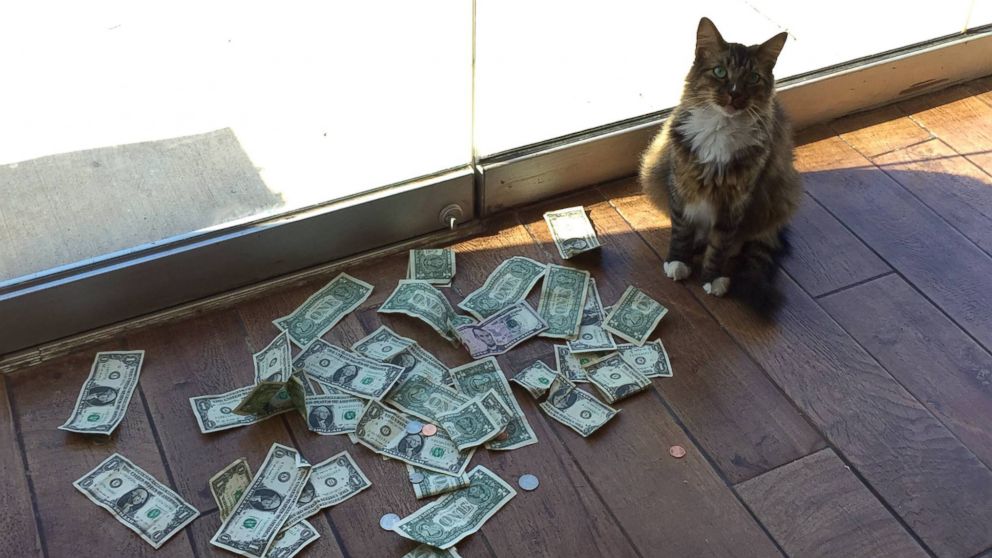 The story started a few years ago and it hasn’t stopped now. Sir Whines A Lot used to be a homeless cat whom Stuart McDaniel picked up from the streets and kept in his office – a marketing firm named GuRuStu. McDaniel simply wanted to help the cat, he never thought his kindness would be rewarded. But it did, in the most incredible way that he could ever imagine. 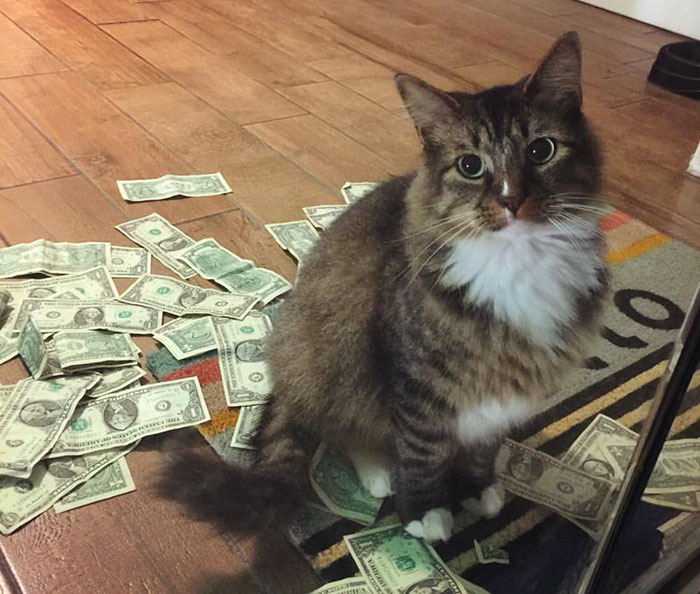 McDaniel realized something strange was occurring as one day, he came to work as usual and then suddenly noticed several dollar bills on the floor, right in front of his company’s doors. McDaniel found it super weird, but none of his employees admitted they were missing any money.

That confusing situation kept going on and on again the next days, and McDaniel couldn’t help but installing a camera to find out who left the money there. And to his surprise, his very own cat had been snatching cash from the passer-by who stopped at the office to play with him for a while. 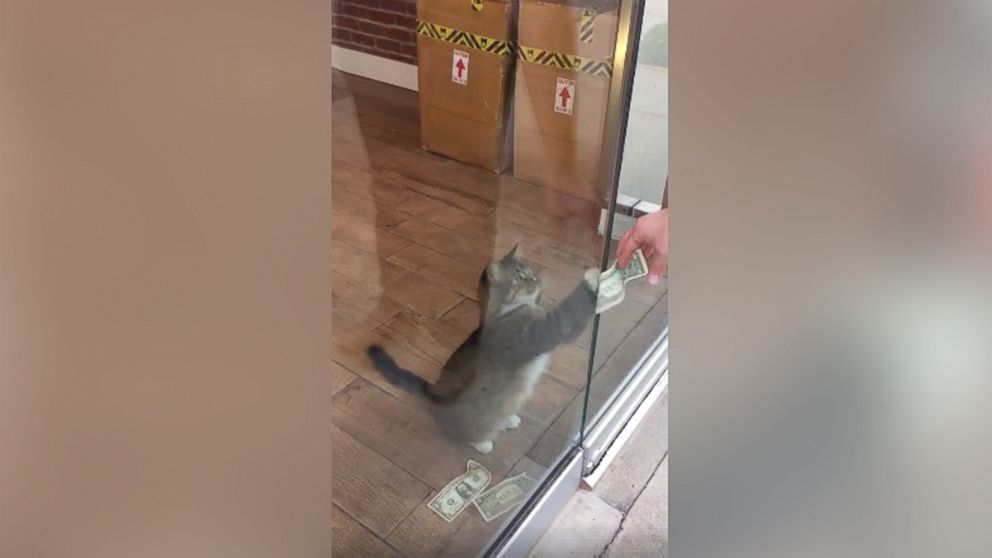 Sir Whines A Lot quickly became a very popular cat in the area who attracted many people coming daily to have fun with this amusing guy. As the kitty earned more and more money each day, McDaniel decided he needed to do something meaningful with these banknotes. So, what could be better than a formerly homeless cat who lent his paw to help homeless people? 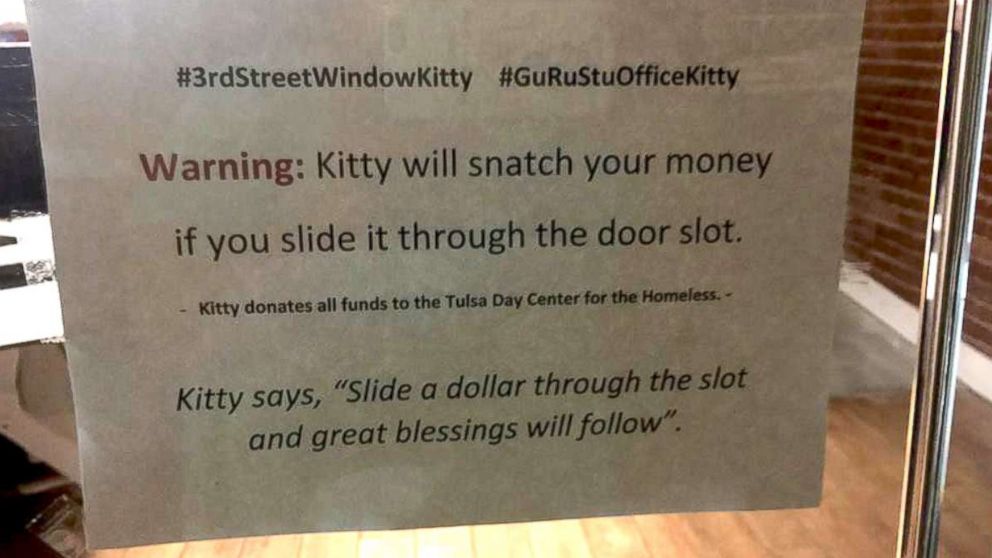 After Sir Whines A Lot became famous, people were even transferring money via the internet or mail to support this amazing feline. All of the amounts he gains have been donating to Tulsa Day Center For The Homeless.