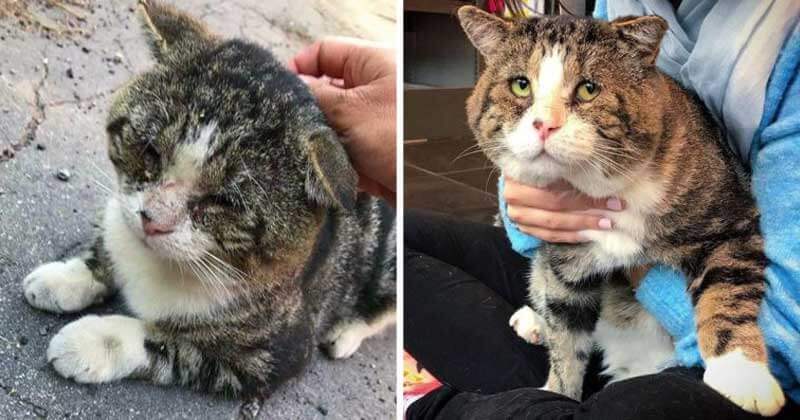 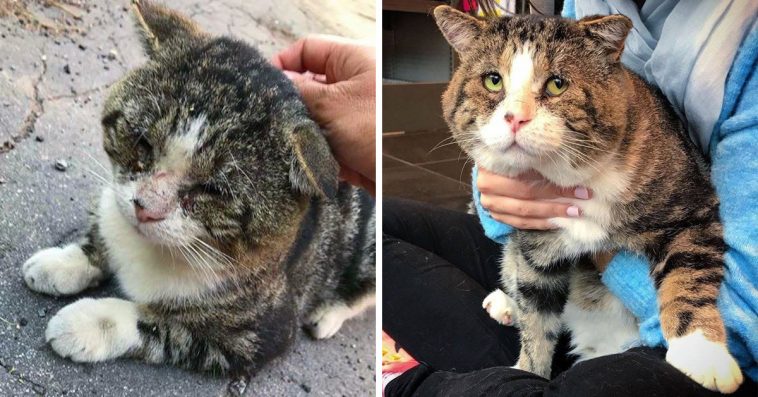 Winter usually brings about beautiful memories and wonderful sights to see, however, it’s not always a desirable season for everyone, especially for our homeless feline friends who endure the streets even in the coldest of nights. This was exactly the life of tabby cat Padou, until he met his savior Aya in the streets of Montreal, Canada.

Aya and Chatons Orphelins Montréal, did their best to win over Padou’s heart, and give him a better life off the streets. It’s been a long and tedious process, but once they took hold of Padou, they immediately treated him and gave him all the love he needed. The once fearful cat soon turned out to be a calm and sweet kitty who’s now ready to have a loving family an a forever home. Read the rest of Padou’s story below, and if you want to know more about his life, take a look at his Facebook page.

This tabby cat is Padou. Believe it or not, he didn’t always look this safe and healthy. 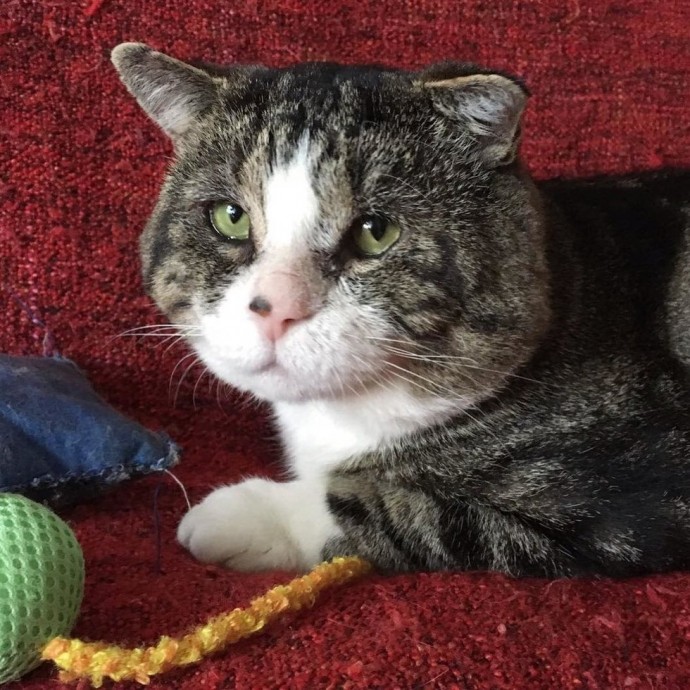 Padou used to roam the streets of Montreal, Canada, sporting a rugged look that came with a lot of battle scars. People saw him wander the streets, hang around under cars, in courtyards and on sidewalks, but no one ever claimed him. 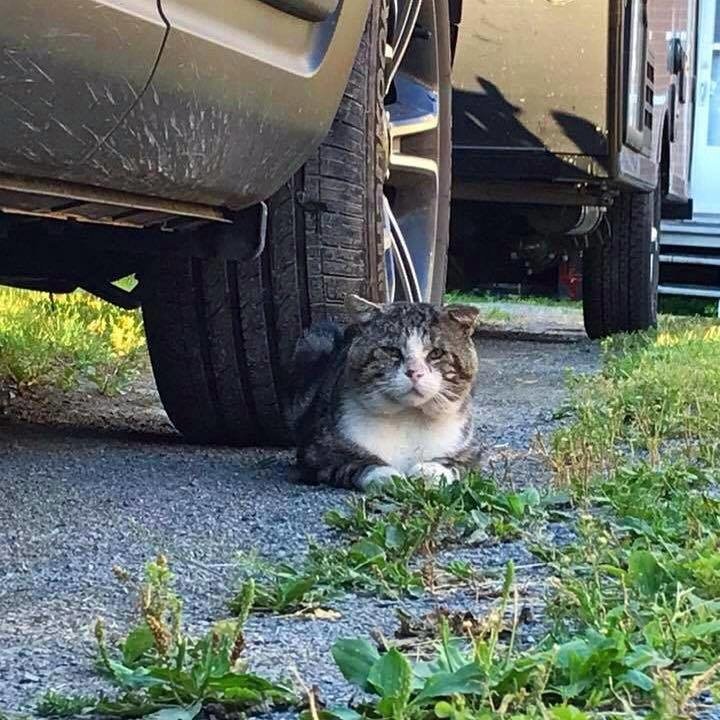 A few months ago, a woman named Aya took to feeding Padou in order to gain his trust, and in time Padou had become used to her. 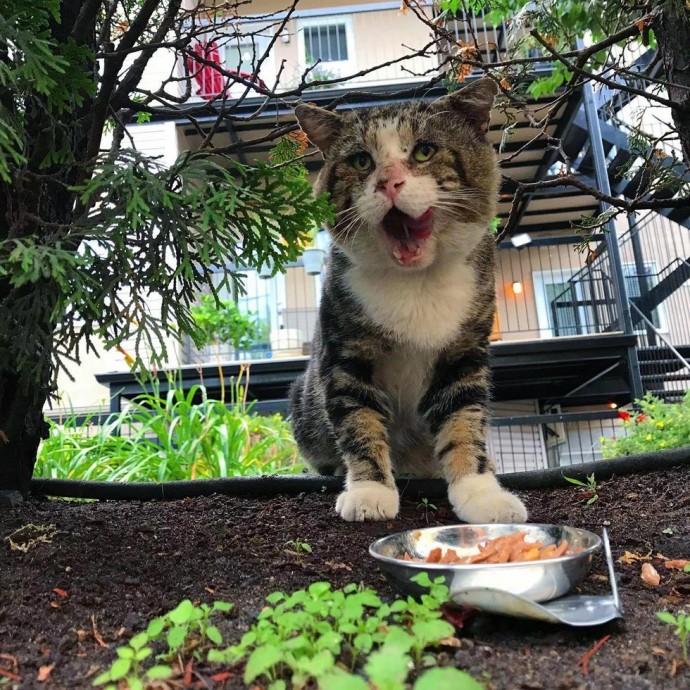 During the process of winning Padou over, Aya noticed Padou’s health was deteriorating. With the help of a local cat rescue group, Chatons Orphelin Montreal, Aya decided to take immediate actions. 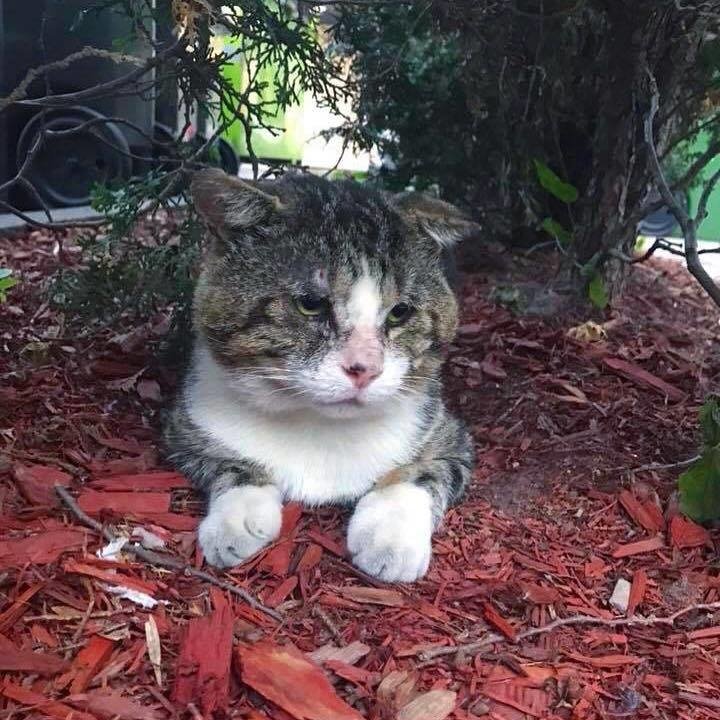 Initially, they set out harmless traps for Padou, but they never worked, Padou was too used to them in his past life. 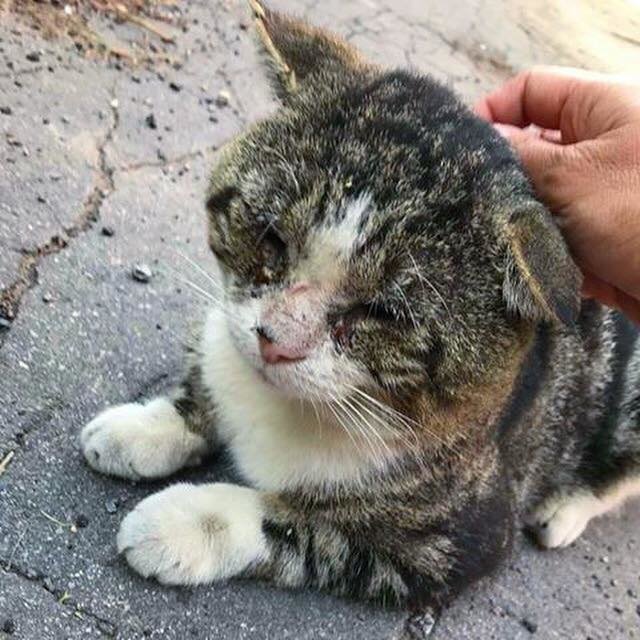 Then they turned to finger-feeding Padou so he would get used to touches. Eventually, it worked, and that paved the way for them to finally keep Padou under their care. 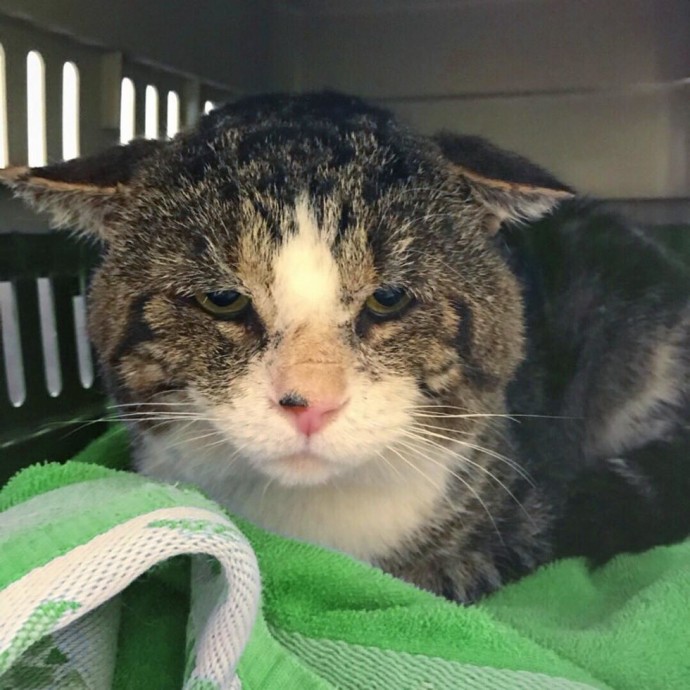 After testing positive for FIV, Padou underwent immediate medication, as well as treatment for his worms and fleas. And that’s when Padou’s journey to being a healthy and happy cat began. 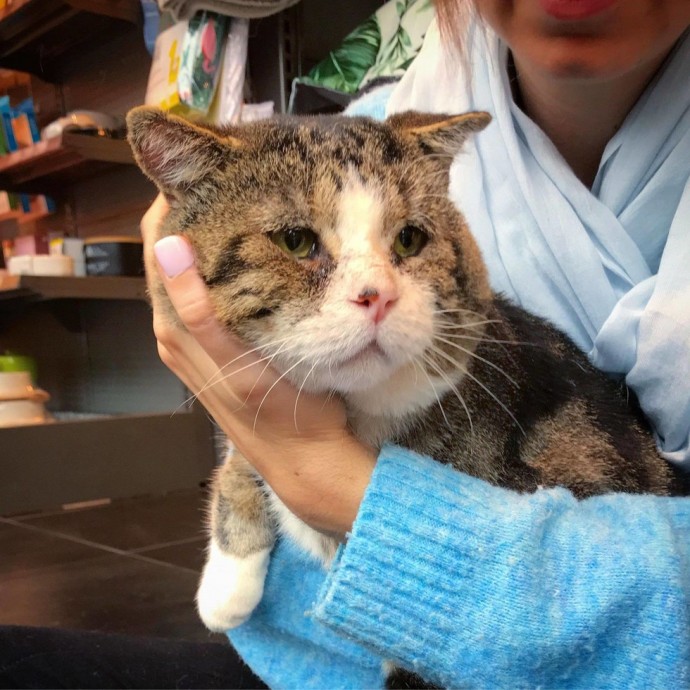 Slowly, Padou showed signs of opening up to people, and began shaking off signs that he was a street cat. 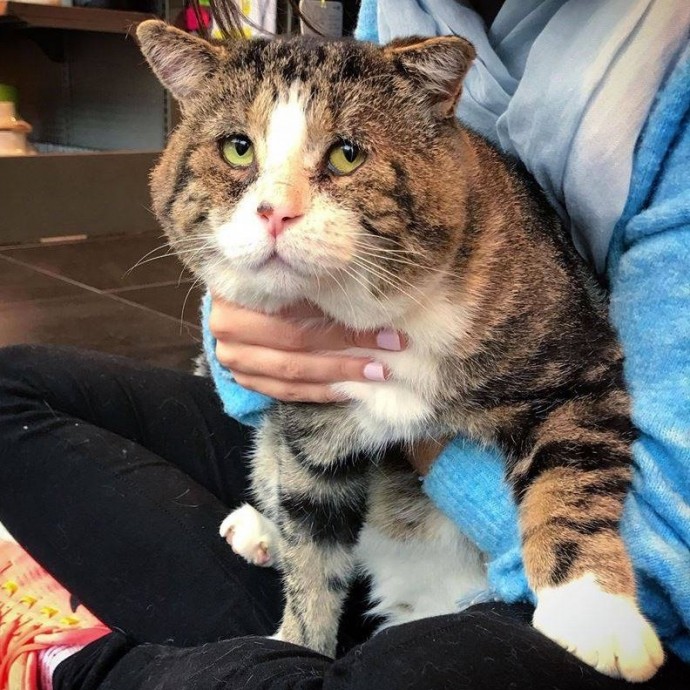 Although scared of new people and other cats, Padou tried to win his fear. Now he always demands cuddles and he gets them by following his foster mom around. 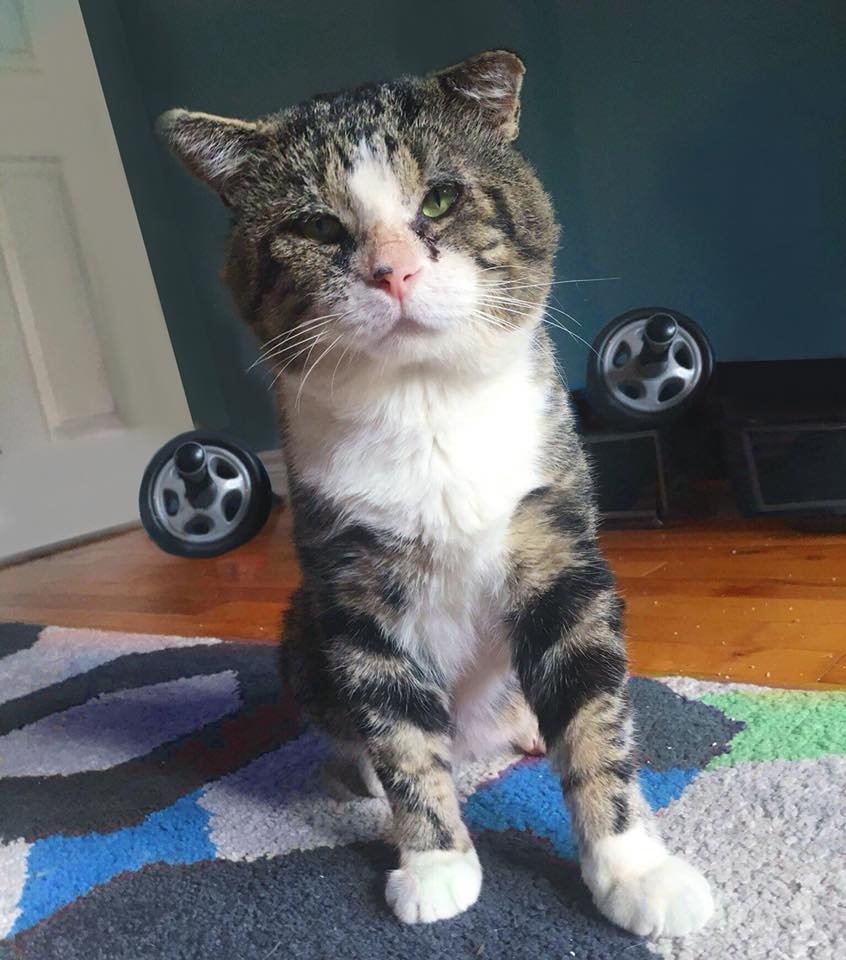 In his new life, Padou makes sure not to miss anything, even when his foster mom is working on her laptop. 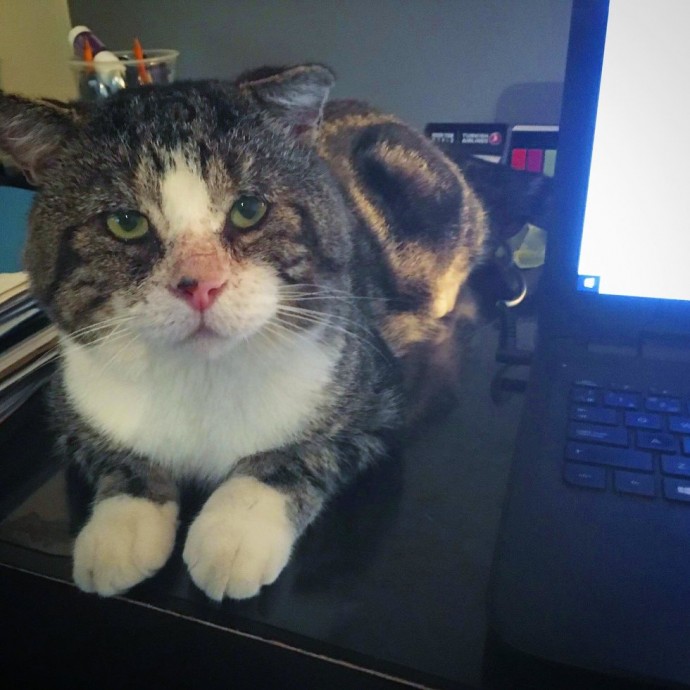 Now, Padou has fully settled into the domestic cat life, and with winter coming, Padou is warm and cozy and finally enjoying life. 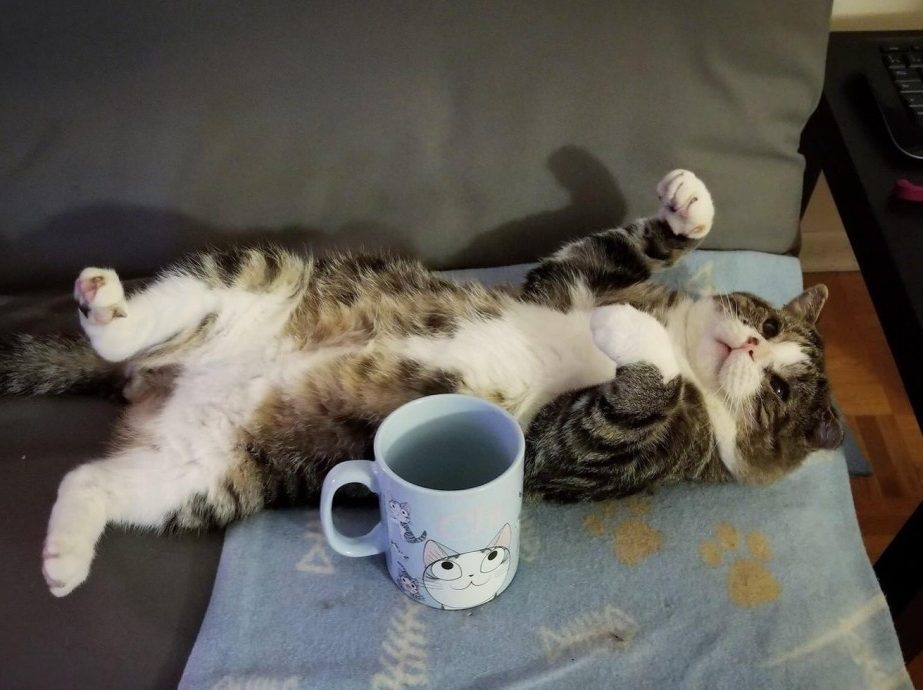 Life on the streets hardened Padou but all it took was patience and affection to make him purr again. Thanks to Aya and the Chatons Orphelin Montrea, Padou will now be experiencing a purrfect winter, hopefully, with a loving family and a forever home. 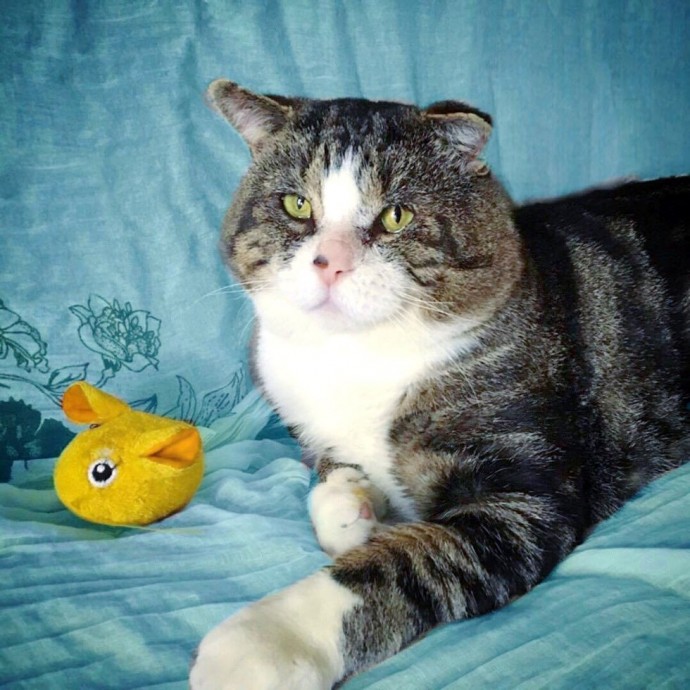