Teens At Party Comes To The Rescue Of Drowning, Blind 20-Year-Old Cat 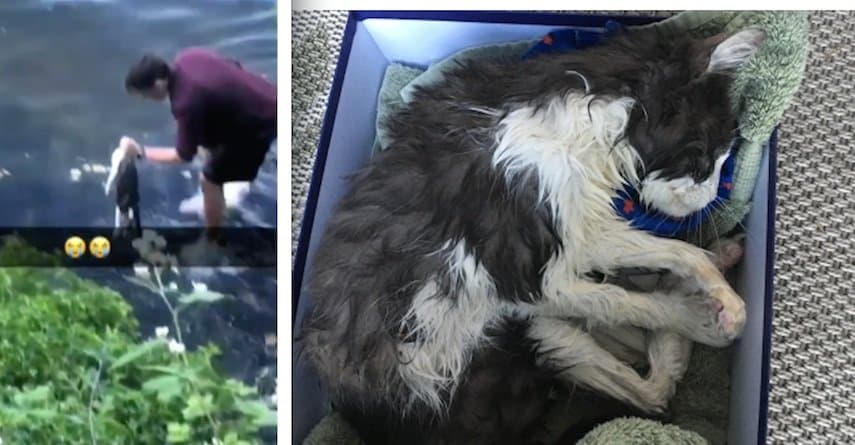 An elderly cat named Spunky was lucky to be alive after falling into the ocean in Deep Cove, British Columbia. Blind, deaf and 20-years-old, the feline must have been terrified. Fortunately for the cat, he was spotted by some nearby high-school students partying at a home nearby. One of the guests, James Winkelman, is a lifeguard. James’ girlfriend, Nicole Phillpotts, spotted Spunky rolling in the water, but thought the cat was a distressed duck at first.

“My girlfriend’s like, ‘oh no that’s a duck.’ So I go and investigate…[and] the whole, like, ‘mode’ just kicked in,” James Winkelman told CBC News of his rescue.

James immediately sprung into action, taking off his shoes and socks and scrambling down the rocky embankment into the water. He was able to grab the cat by the scruff of his neck and pull him out of the water. 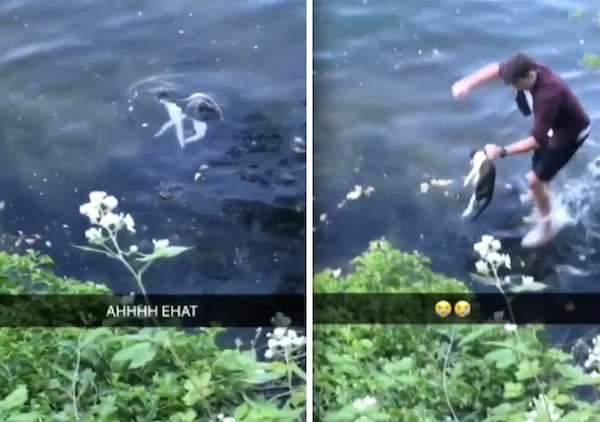 They brought the cat back to the house and party guests tried to revive him.

“[T]here was one woman there who’s actually a nurse so she kind of gently pushed to see…He was breathing, but not very well,” Nicole told the North Shore News. After some chest compressions and with Spunky faintly breathing, they drove him to a nearby animal rescue centre.

James and Nicole later tracked down Spunky’s family and learned that the cat is 20 years old and blind and deaf. Spunky’s grateful family sent Nicole flowers and told her they have had Spunky since he was a kitten.

“I feel really glad and happy especially now that I know it’s blind and deaf,” Winkelman said. “The owners must be so happy to have their cat back. “I have like a dog at home and I’d be really sad if it didn’t come home one day.”

Below is a small clip of James saving Spunky from the water. Be sure to share this story with your animal-loving friends.