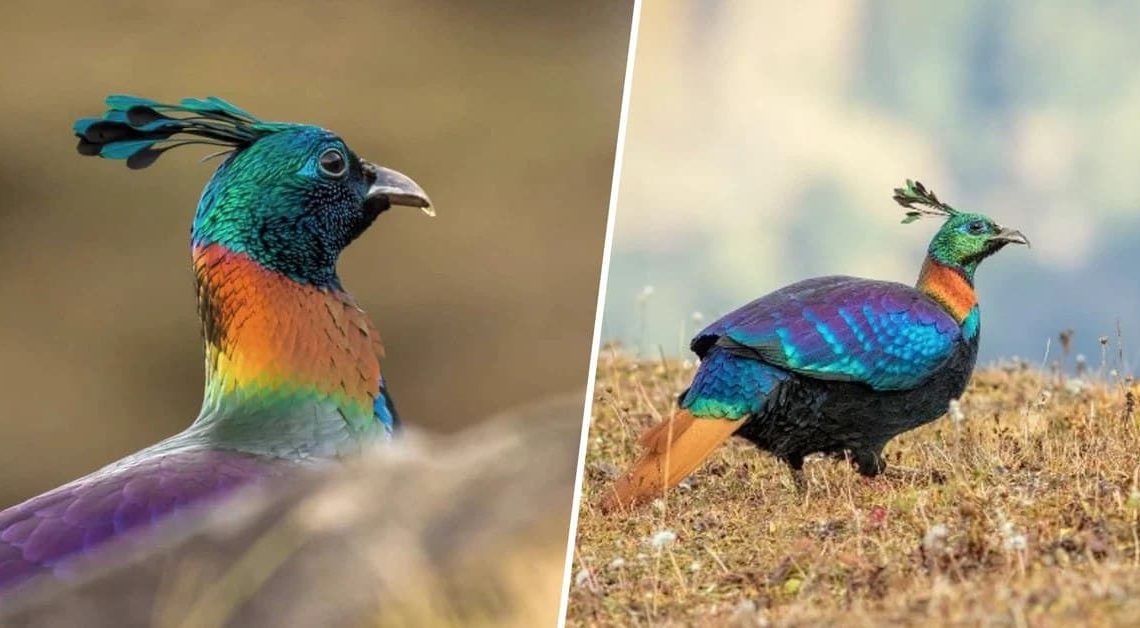 The Himalayan monal is among the most beautiful birds in the wild. It features a metallic multicolored iridescent plumage, making it absolutely stunning. 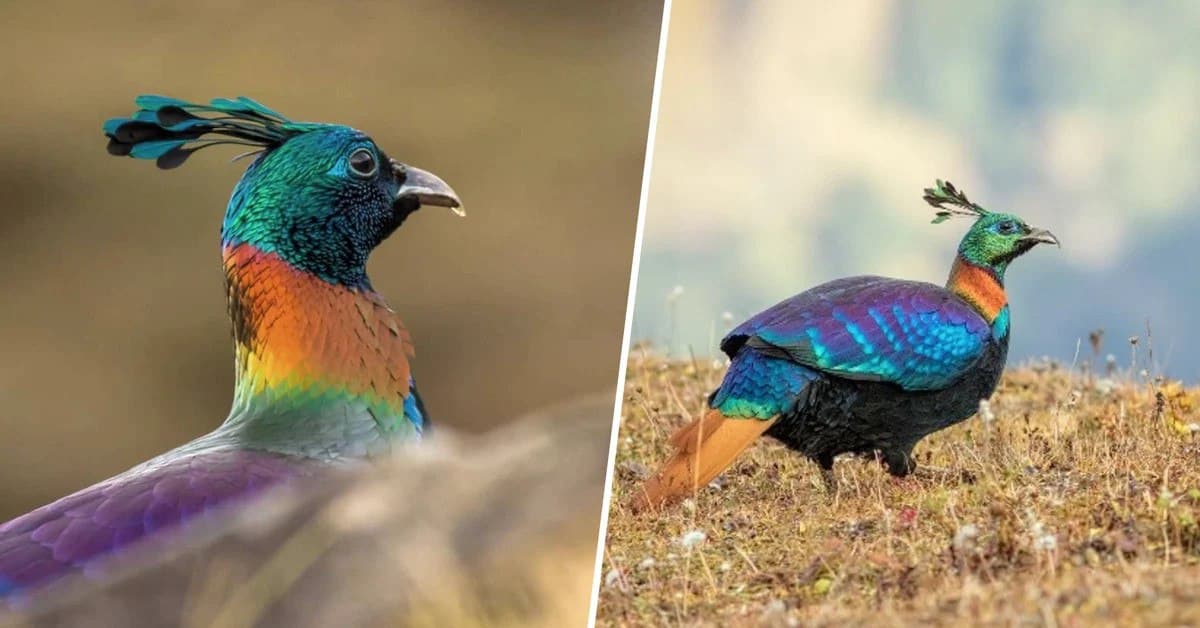 An average Himalayan monal measures about 70 cm in length and between 5lbs in weight. However, females are a bit smaller and lighter than males. 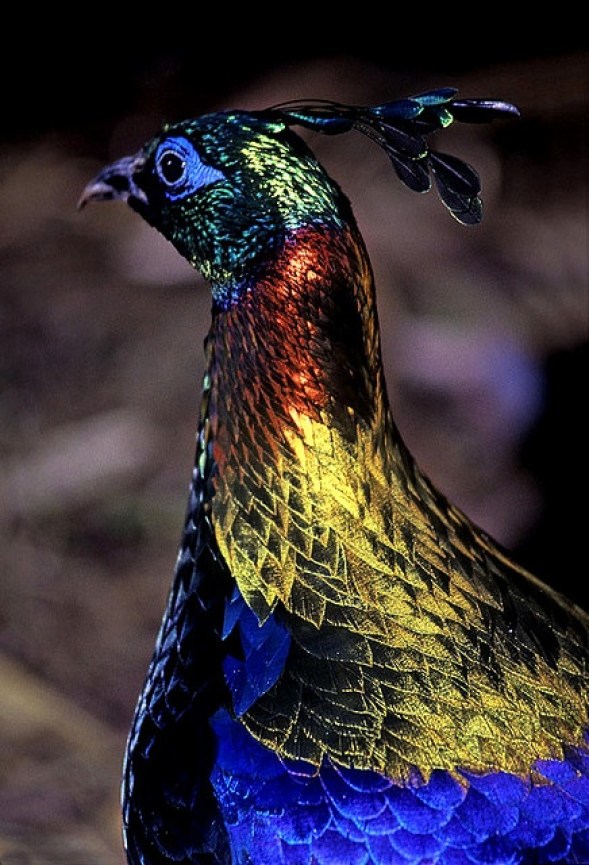 These birds have become popular over the years for one distinct feature: their breathtaking plumage.

This Beautiful Species Is A National Bird Of Nepal

While the bird’s common name is Himalayan monal, its scientific name is Lophophorus impejanus. Nepalese call it ‘danphe.’ 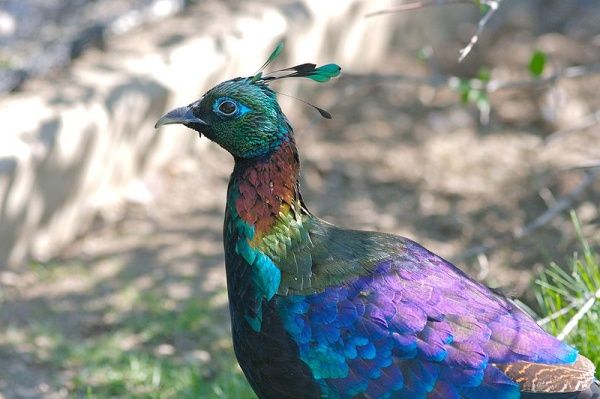 The bird also has an alternative name, ‘Impeyan monal.’ It’s named after Lady Mary Impey, who first kept these pheasants in captivity.

The male Himalayan monal is also called the ‘nine-colored bird.’ This is due to the iridescent metallic-colored plumage on its neck and wings. 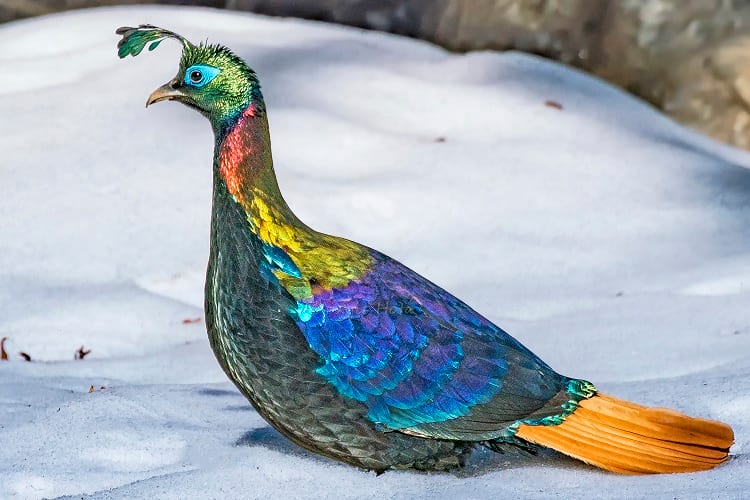 With a white back and black underparts, the male displays a prominent white patch on its rump amid flight. 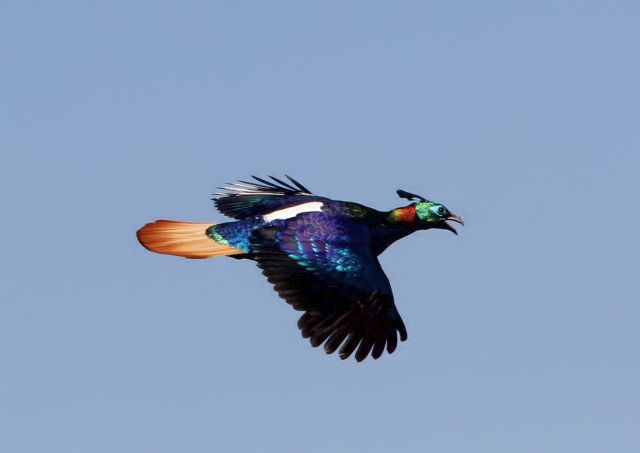 The male’s tail feathers are consistently metallic reddish-brown colored, ending with a darker shade on the tips.

The birds also have a distinct blue patch around the eyes. 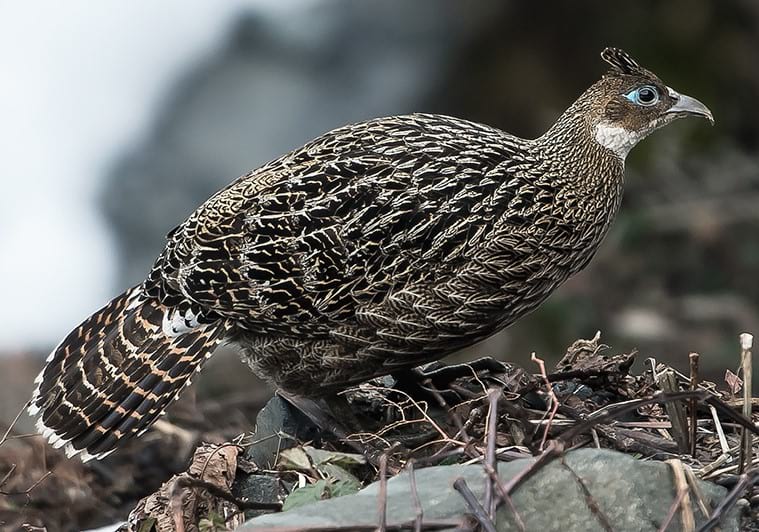 They have a white throat and short crest.

The feathers on the upper parts are a dappled brownish-black. Their tail has a combination of white feathers and a layer with a black and copper splotched appearance. 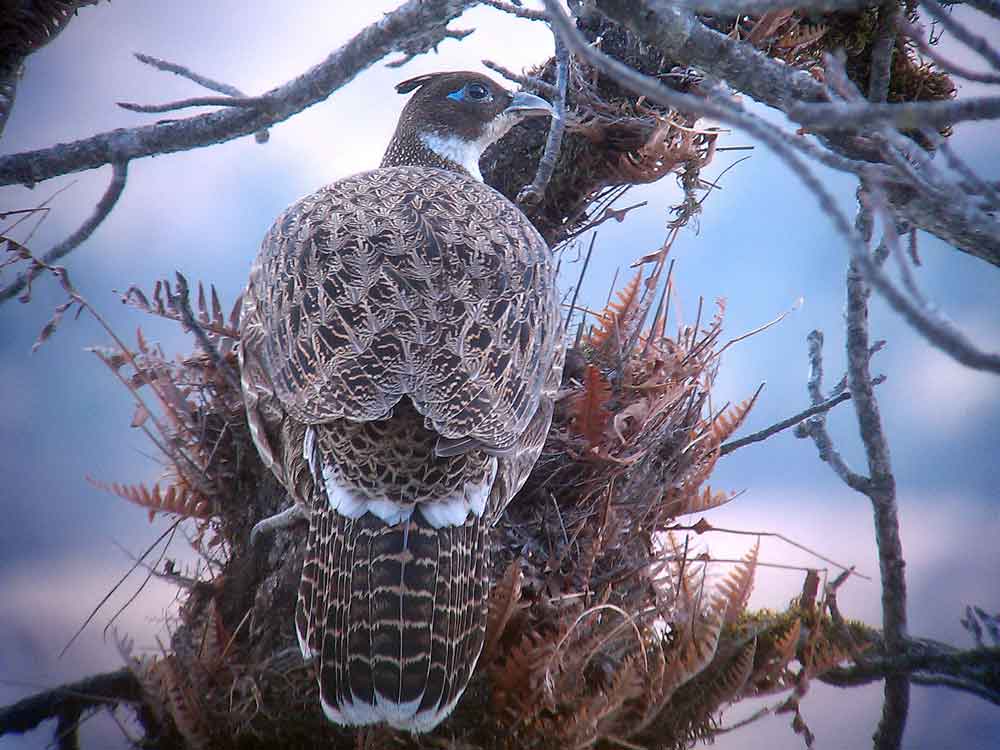 And just like the males, the females have a blue patch around the eyes, too.

The younger Himalayan monal, including first-year males, resemble the females. They also don’t have prominent plumage like in adults.

You can only distinguish a young male from a hen by looking at their black feathers in the breast and neck.

The immature males also have a slightly larger build than the females.

The Behavior Of The Himalayan Monal

These birds spend most of their day foraging insects, berries, shoots, and seeds.

They have large bills which they use for digging out subterranean tubers and insects from slopes. 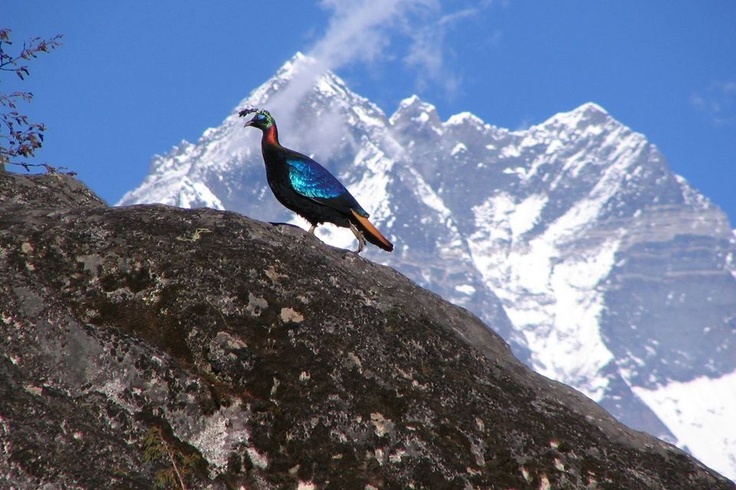 Himalayan monal birds are also tolerant to snow, which is an advantage to their lifestyle. Their shrill curlew-like whistle is also quite distinctive.

These birds usually roam sole or in pairs, especially during the breeding season, which is between April and August. 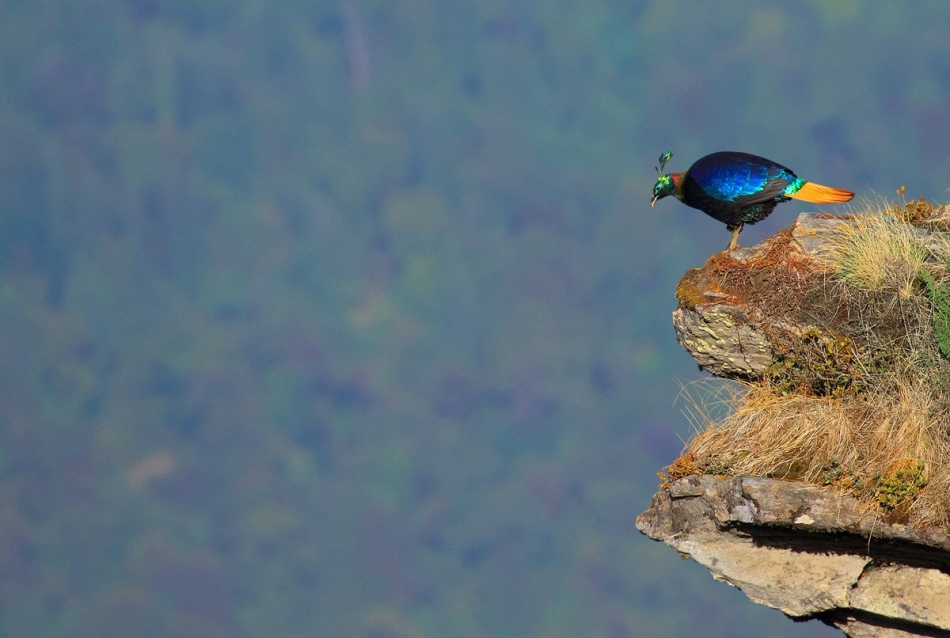 You might also spot them in small groups, or large conveys when practicing communal roosting.