Thinking They Were Homeless As Well As Motherless She Took Them Home And Offered Them Her Love! 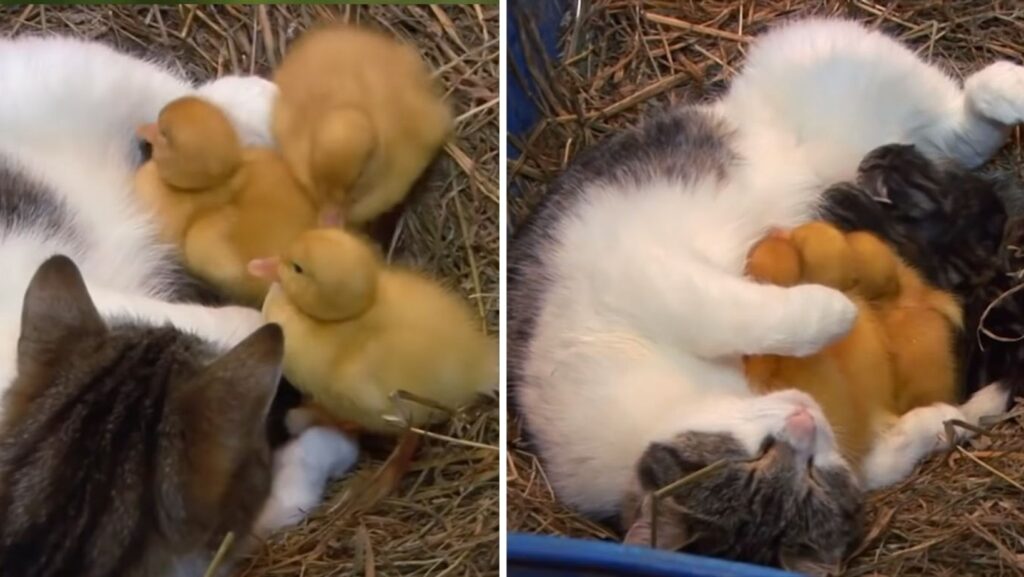 INTERSPECIES ADOPTION WHILE RARE IS CERTAINLY NOT UNHEARD OF.

From dogs adopting baby tigers to lions attempting to adopt baby gazelles, the internet is filled with stories of interspecies relationships that never cease to amaze us.

One such story begins right below. 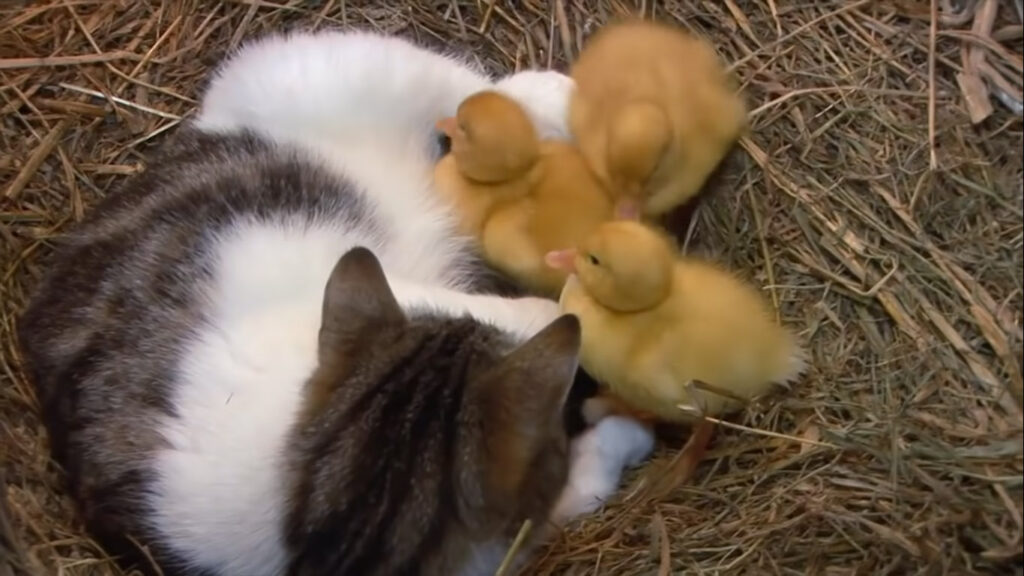 While visiting a farm in Ireland host, Liz Bonnin, of the popular series Real Wild, talks with farmers Ronan and Emma Lally. It turns out they have a cat called Della, who took it upon herself to rescue what she thought were homeless orphans. 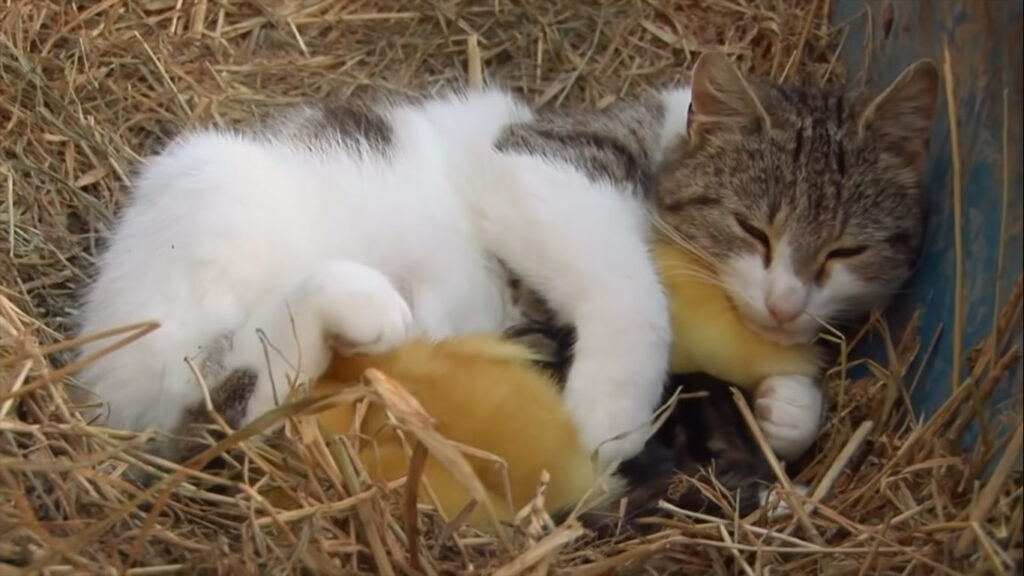 Dalla’s owners had found their missing ducklings, thankfully not filling their cat’s bellies as they had feared, but protecting them as her own.

–Coming home after a long day he finds five very wet orphans lying in his bed?

–With no mom in sight, the stray kitten was soon following them everywhere, just like a duckling.

Needless to say, the couple was amazed.

Dalla had given birth to three little furballs not too long ago, to put it mildly, had had her mothering instincts well and truly kick in. Finding apparently motherless kittens, she took them home to her nest making them part of her family.

The loving cat even tried to breastfeed the ducklings as she did her own babies.

Despite the blissful scene, Ronan was worried that Dalla’s natural instincts might kick back in with dreadful consequences.

But Emma a midwife knew an unbreakable bond had been established and could never be broken, so they let the ducklings stay. 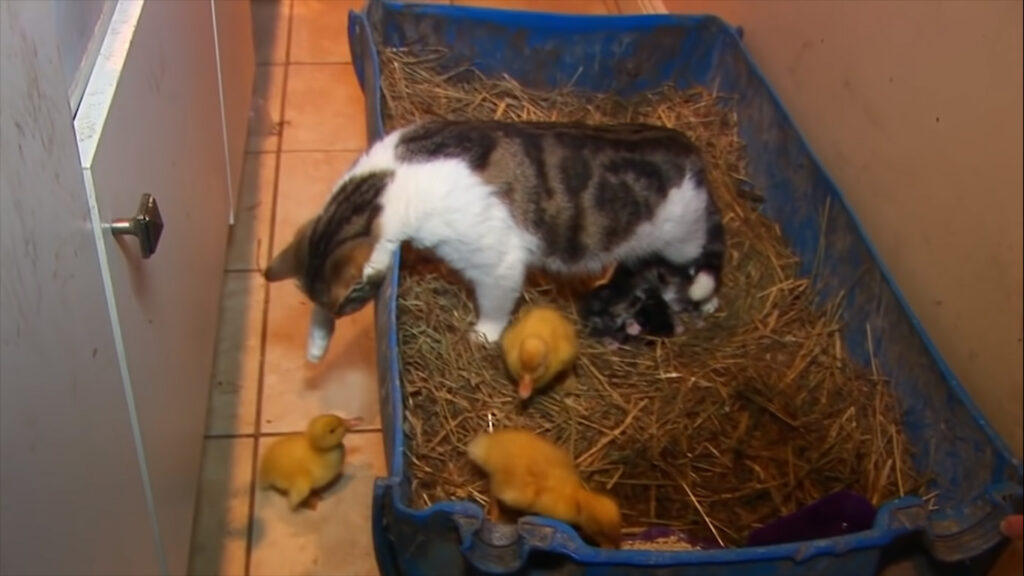 Being ducklings, they grew up quick smart, in the process becoming more independent than her kittens. But love for their adoptive mom still remained.

They were still one big happy family! 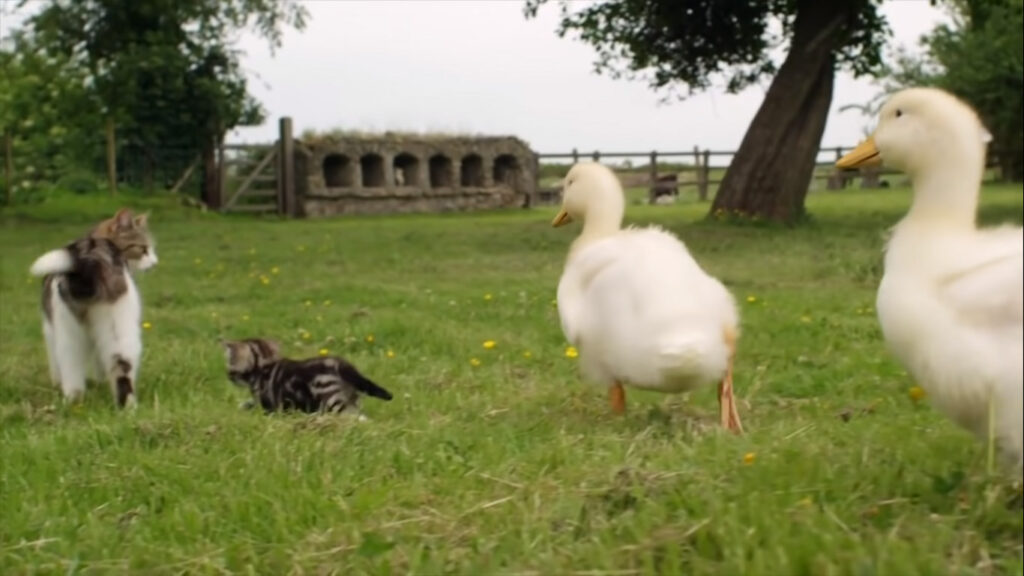 WATCH AND LISTEN TO THIS STORY RIGHT HERE BELOW: