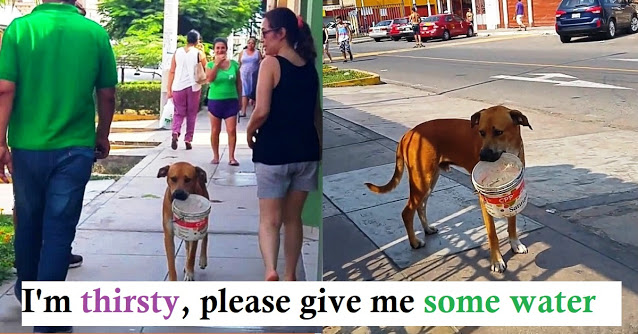 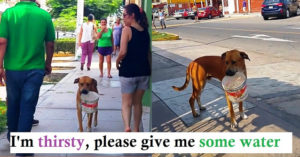 Many people in Lima, Peru’s capital, were forced to leave their homes and search for water after the drought. Imagine how hard it was for the homeless animals, to find water. People were shocked seeing a stray dog lugging an empty bucket in the hope of finding some water on a sweltering day. 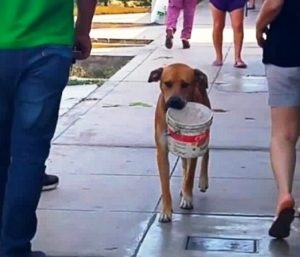 Unfortunately, all of Lima’s open water sources have dried up due to a lack of water. Heartbreakingly, the poor dog, decides to pick up a pail in the hopes of attracting the attention of people and obtaining some water.

Even if he manage to get some water, he still continued to search for more as he knew that he will need some extra water for the future. A woman petted the pup and tried to remove the bucket from his mouth but the pup refused to let go as he knew that’s his last source of survival.

Check out the video below: