This schoolgirl saved a little donkey by replacing his mother and it changed the lives of both of them. 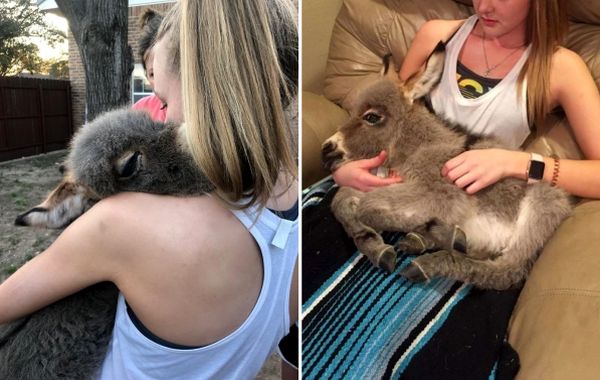 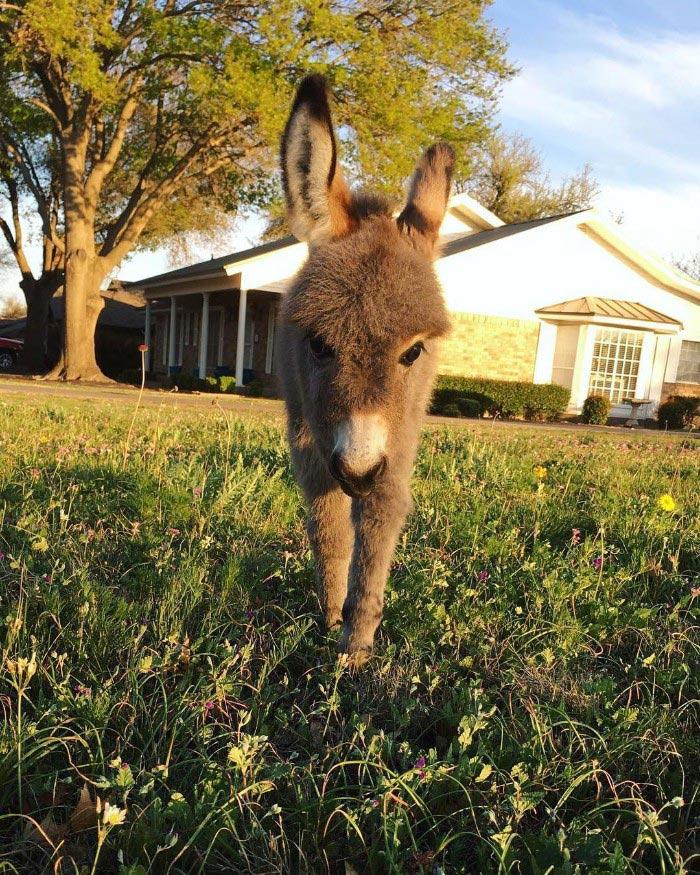 “A friend of mine was riding a horse when he bumped into Jack. He said that the donkey refused to feed him and he needs help. “ 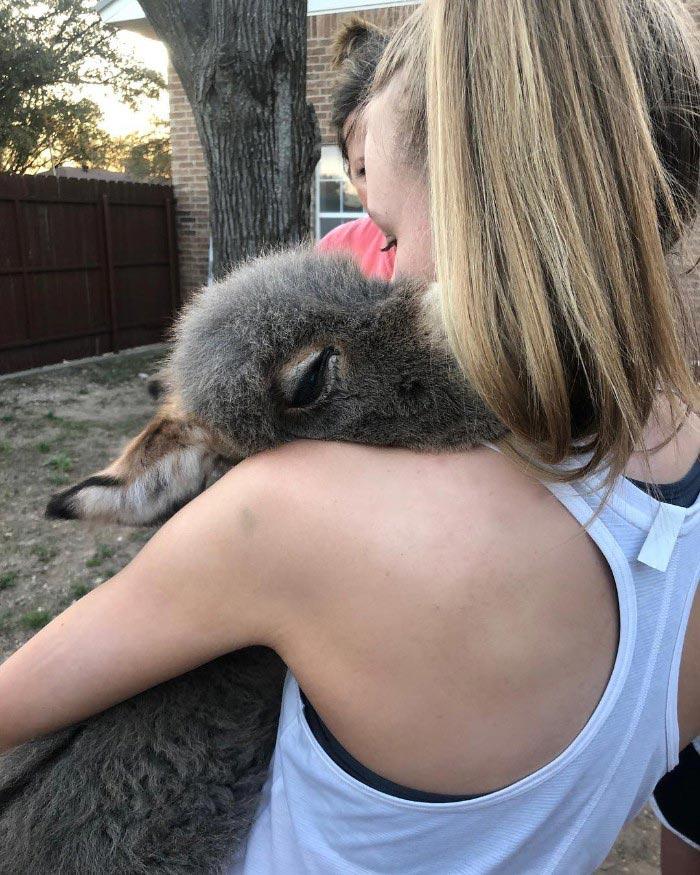 “So my friend called me and asked if I wanted to try to keep him alive. The donkey was very emaciated and did not feel well. So I told him I would do my best! ”Payton said 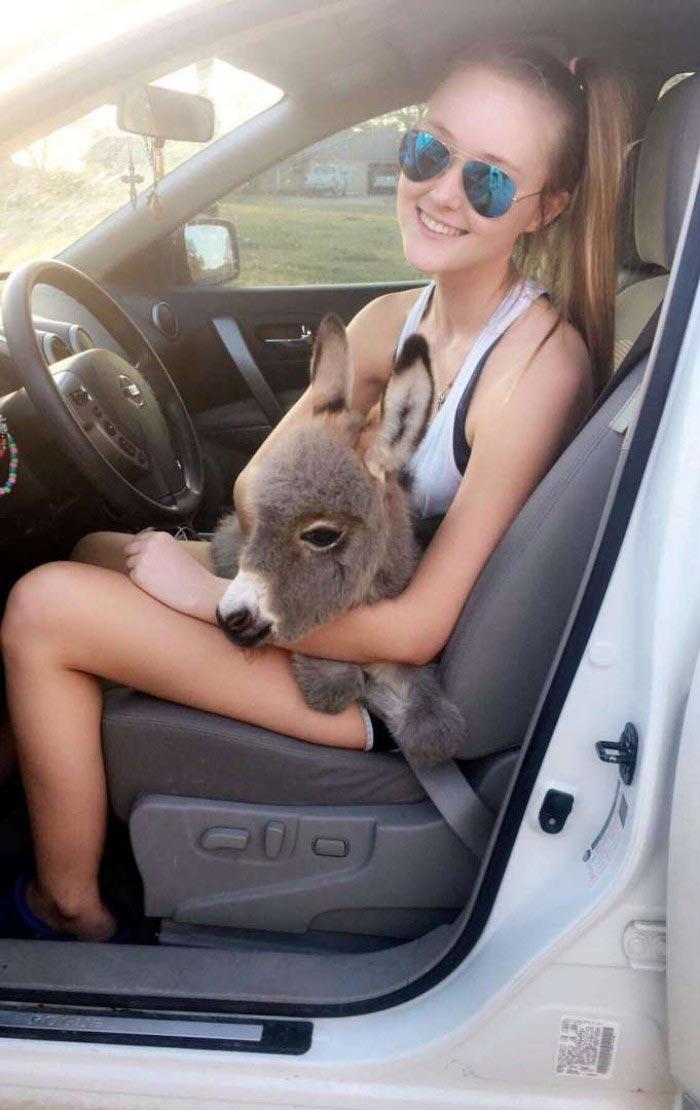 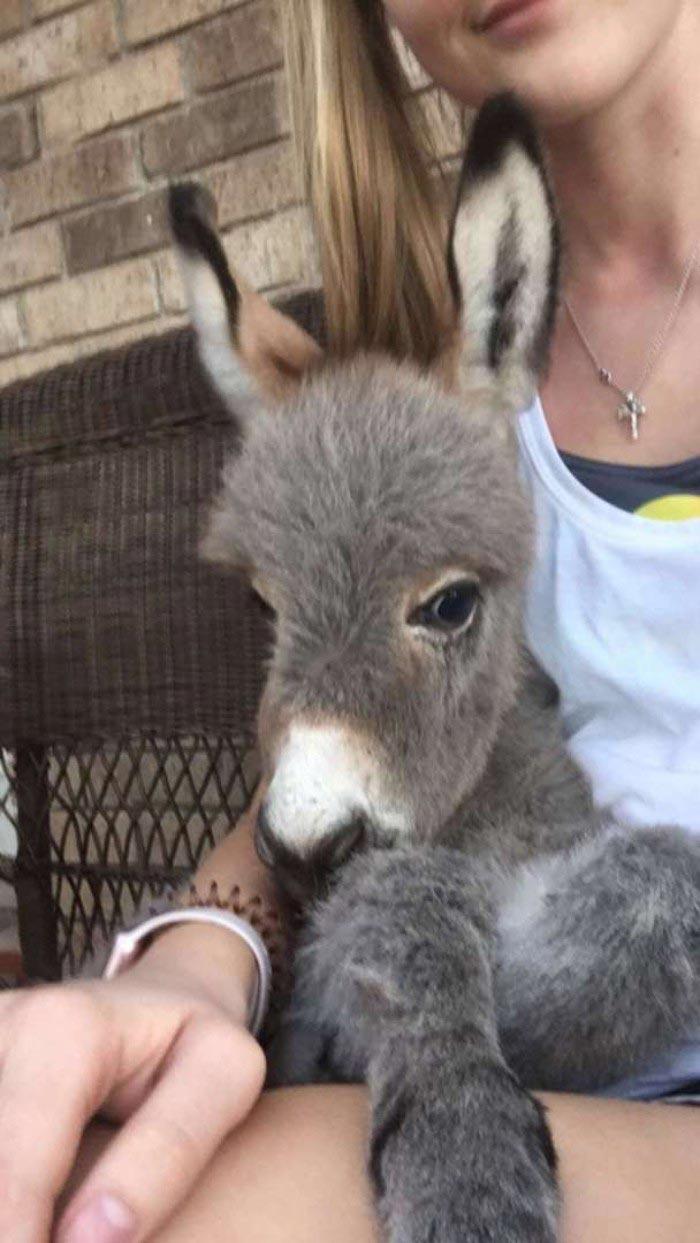 “The first night was the hardest for him. He did not want to drink formula and did not go to the toilet. This could mean that Jack is not all right with the internal organs “ 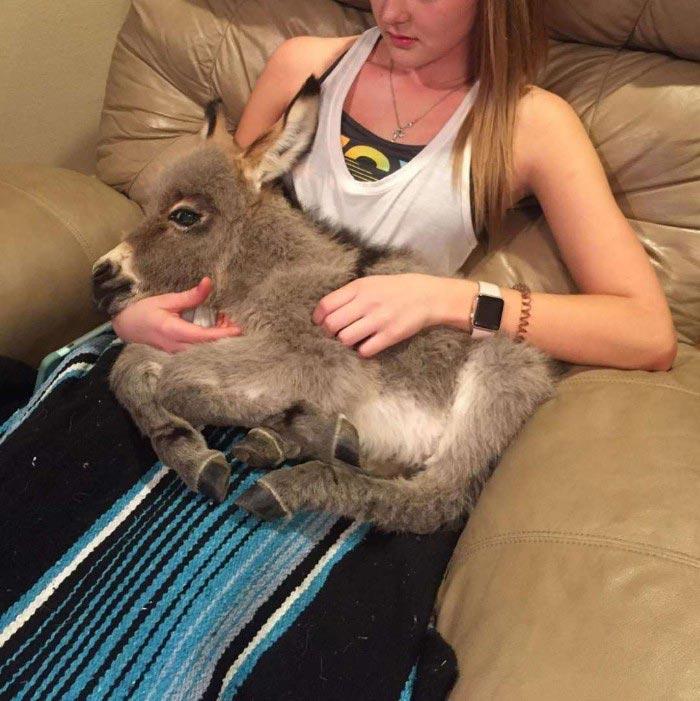 “But, fortunately, after the first hard night, the donkey began to take food from the bottle and go to the toilet,” the girl continued. 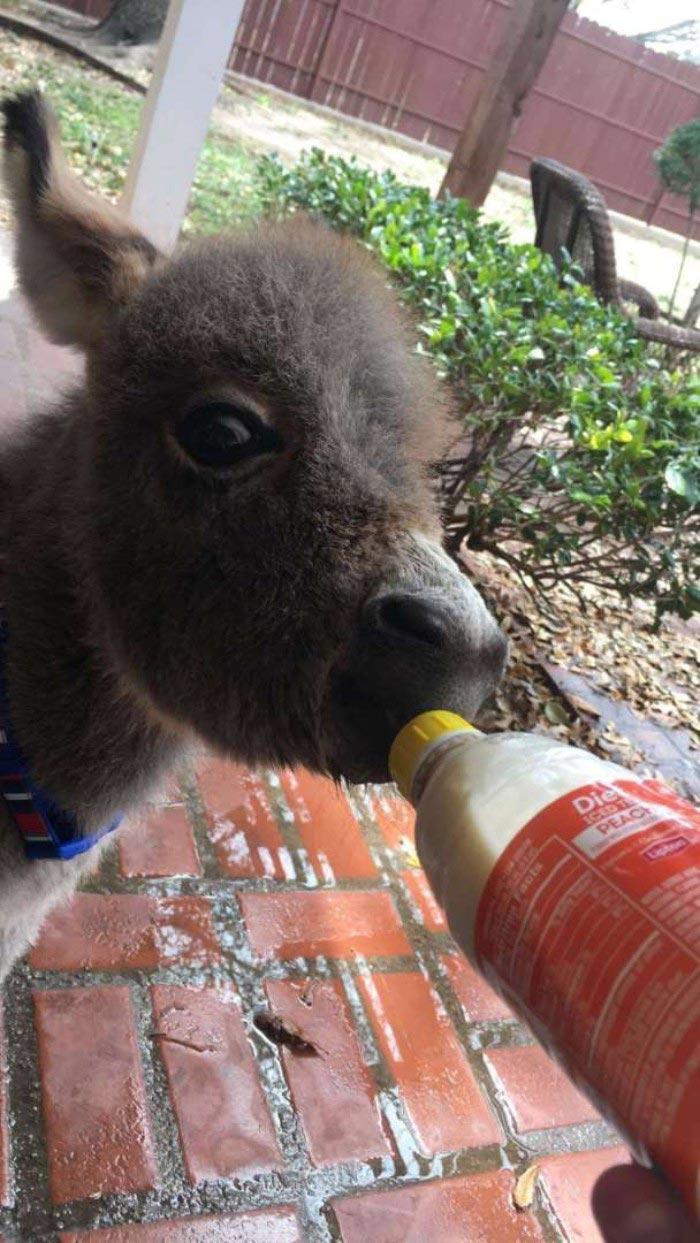 In courting him during this critical period, Payton became very attached to Jack, as he did to her. 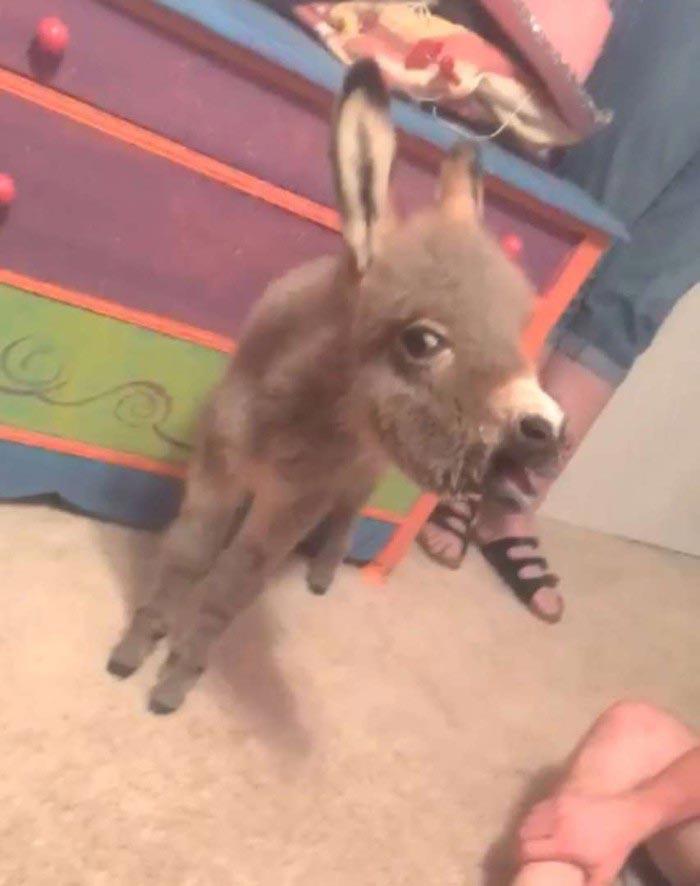 And although the girl had never looked after donkeys before, Payton became Jack’s real mother, who loves his savior.

When Jack recovered and gained weight, he became very playful and now loves to run around the yard with my dogs.”

“It’s funny to watch Jack play with dogs because he has no teeth and can’t take the toys.”

“For now, he still sleeps in the house with me, because he is still so small, and I give him a bottle every two hours, and then take him outside to go to the toilet.” 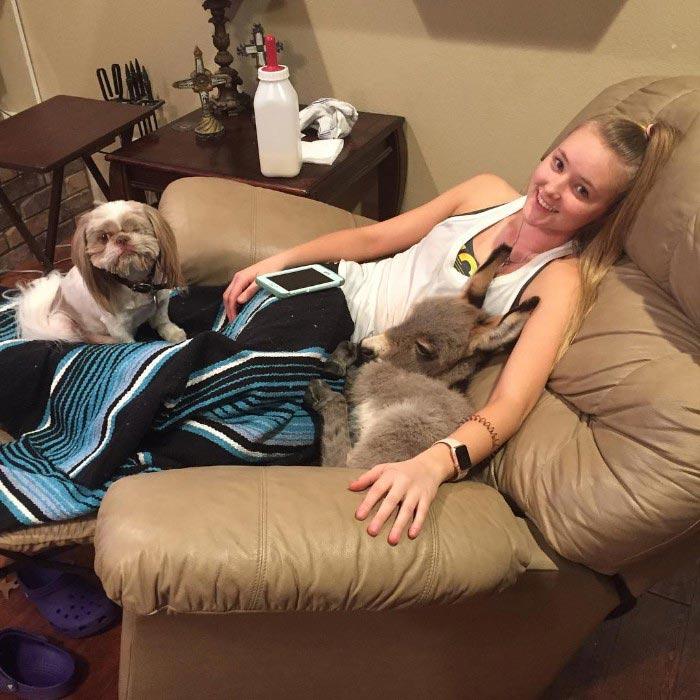 “Jack also loves one of my dogs so much that he won’t fall asleep if she’s not around. He will cry all night and call her “ 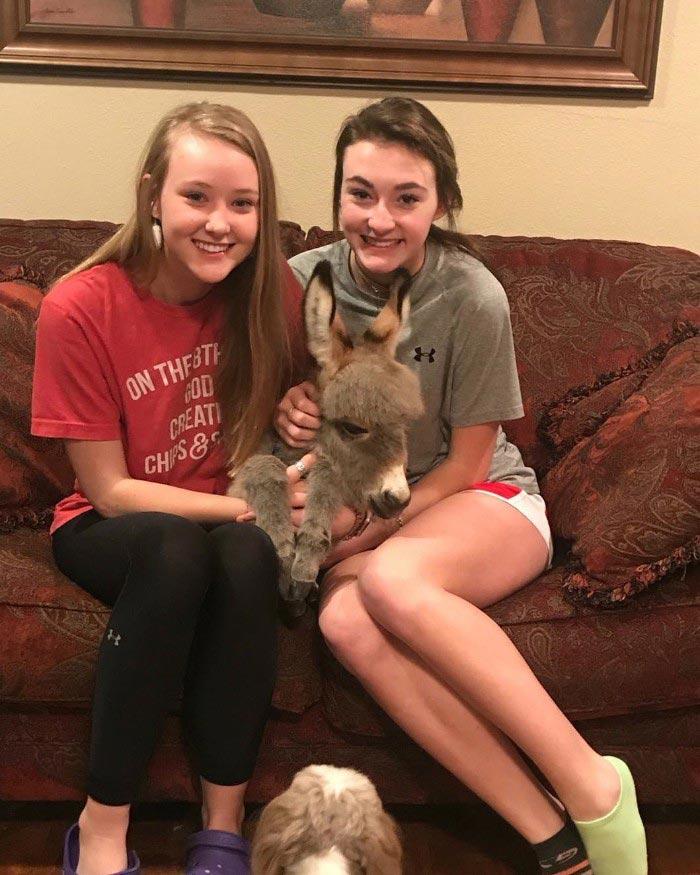 Payton turned out to be the perfect mom for a donkey, and her dogs became his best friends 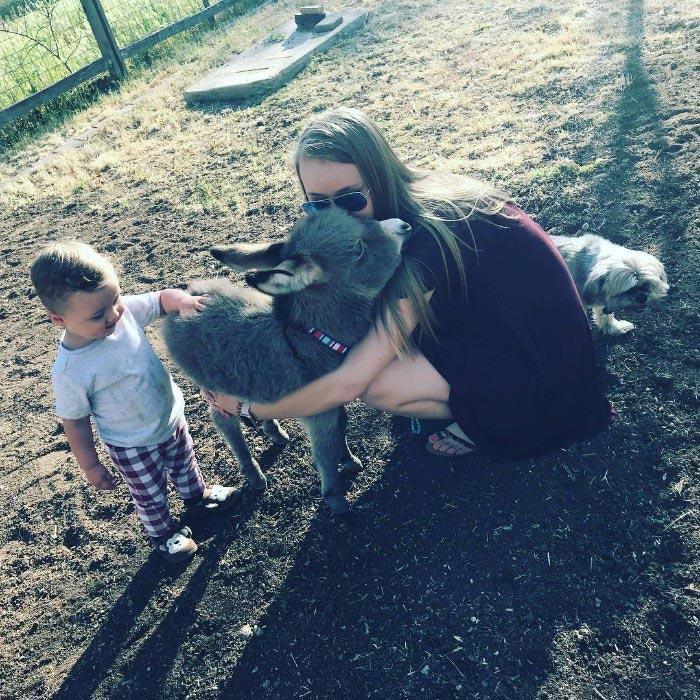 The girl often takes this whole friendly company with her for walks and trips by car, while Jack’s size still allows it 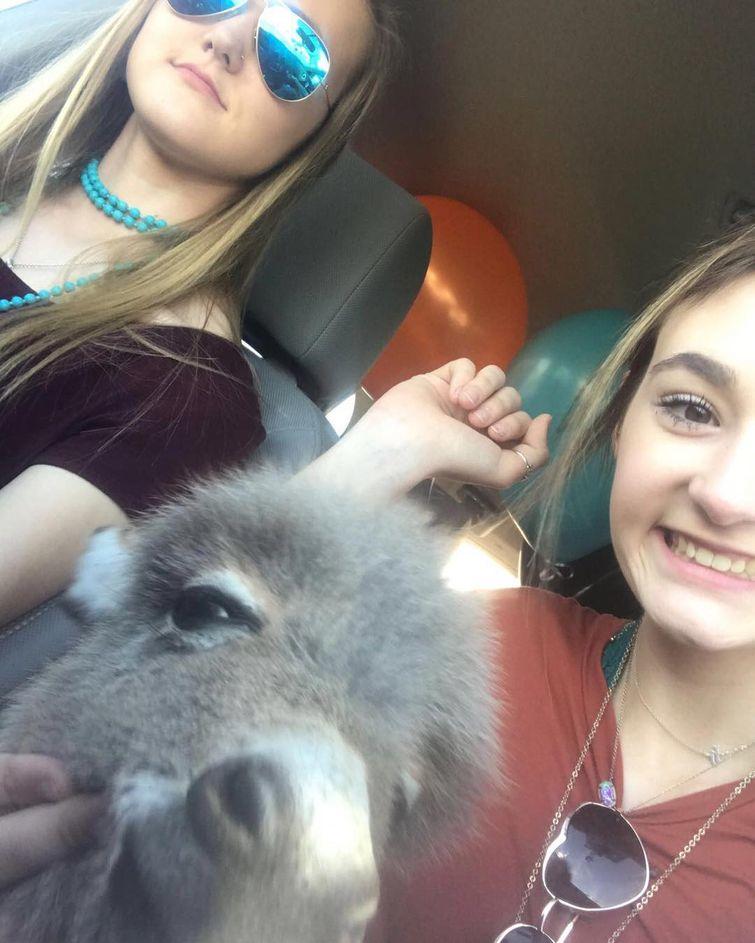 And although Payton and her family do not live on a farm, but in a private house, she grew up surrounded by animals, so she knows how to take care of them. 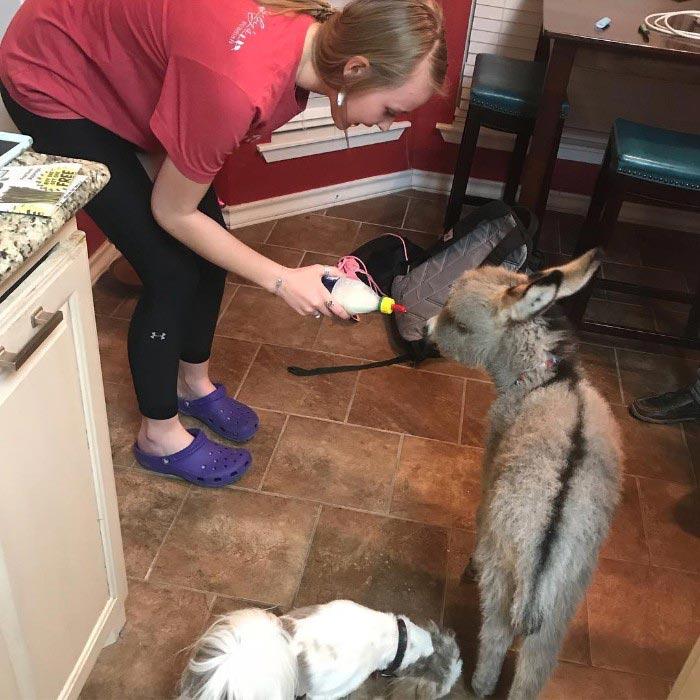 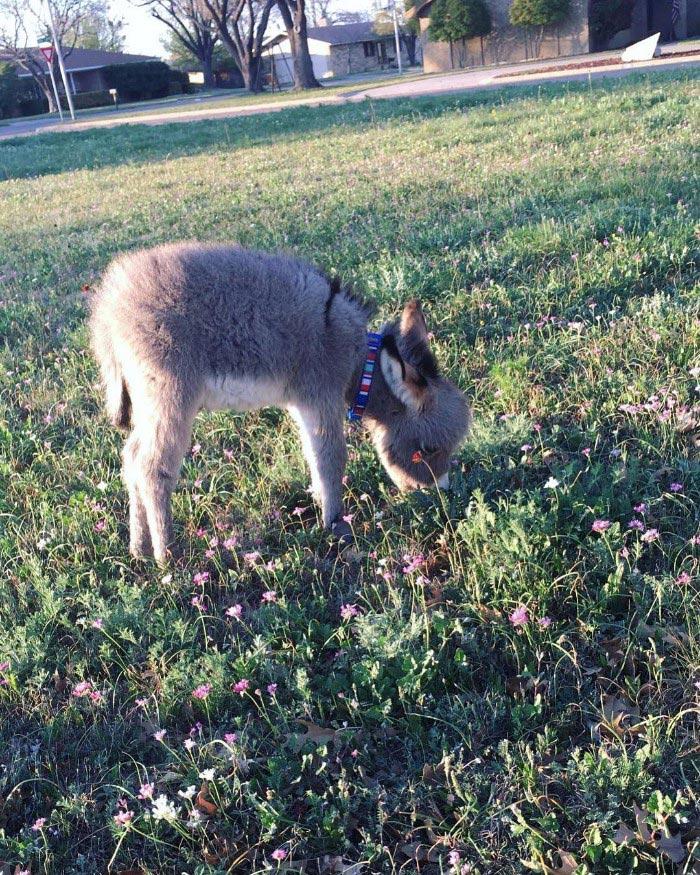 While Payton is at school, Jack misses her, but she makes sure she’s gone too long. 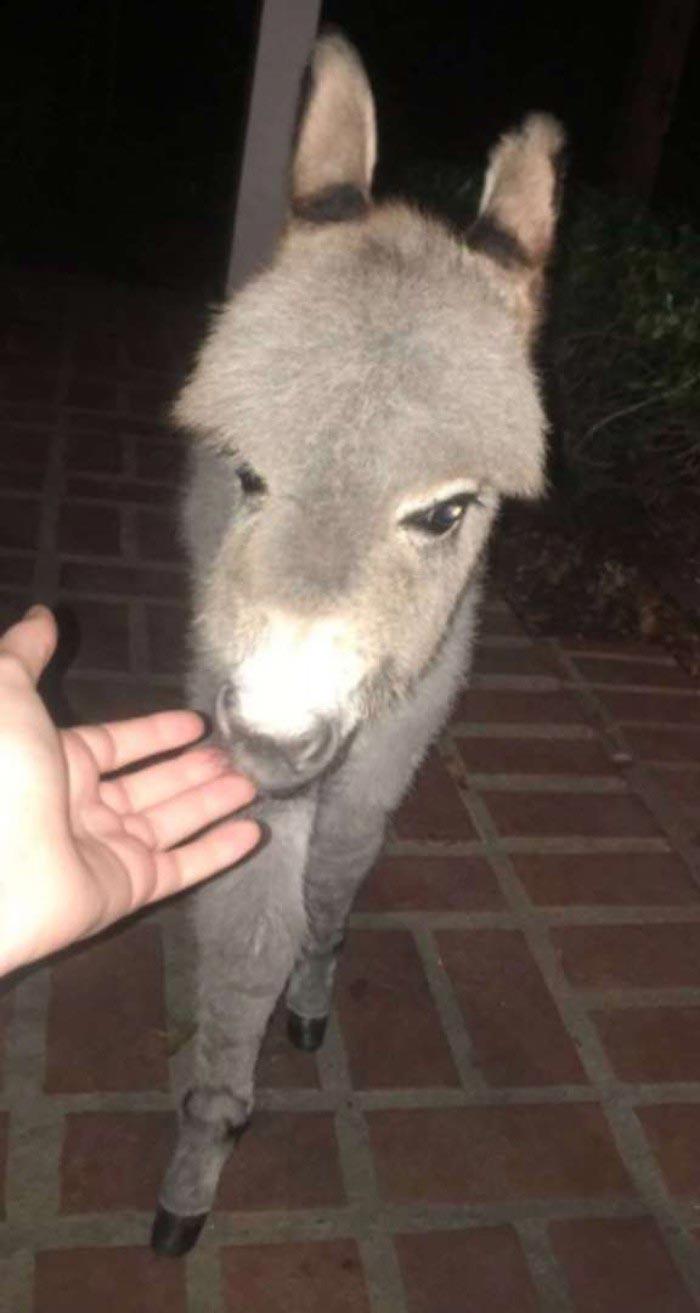