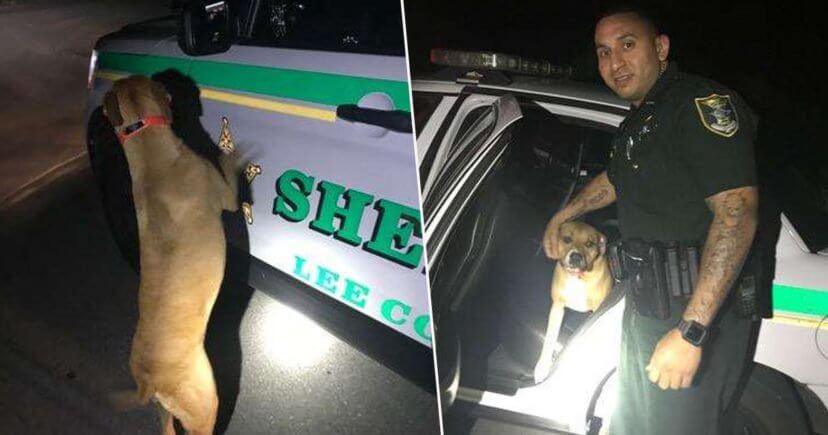 Hank had gotten separated from his parents although he had a pretty great solution to being very lost.

Along the journey to find his way back home, Hank knew he needed to find help, and so the very smart dog stood by a police car until help arrived. The cop car belonged to Deputy Soto and Sergeant Rose, of the Lee County Sheriff’s Office in Florida who were both responding to a call. 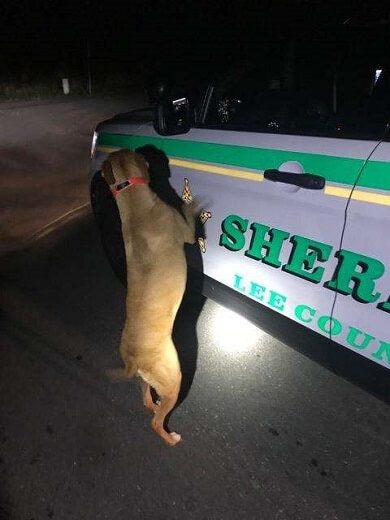 So, Hank set himself up to wait for the return of his valiant uniformed saviors. After an untold amount of time, eventually, Hank was rescued by the cops.

As they headed back to their police car they noticed something standing against one of the doors. As they got closer, they realised it was a dog.

The dog was immediately happy to see the officers, and it almost seemed as if he had been waiting for them to help him. They noticed he was wearing a collar, and assumed he had somehow gotten separated from his family and was hoping they could help him find his way back. 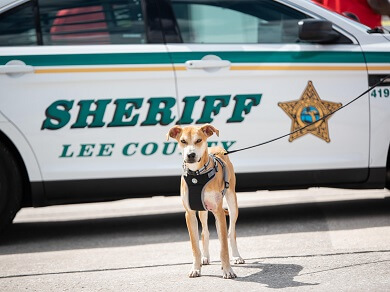 Deputy Soto thought that the dog, named Hank according to his collar ID, might be hungry. [He] gave Hank the last of his dinner. 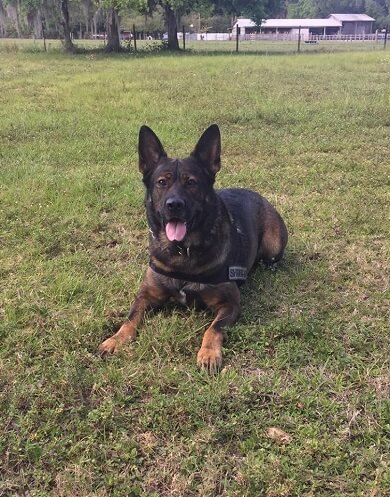 Hank was so excited to see the officers, and gratefully accepted some food and a ride. It turns out Hank hadn’t been gone for long, and his owners didn’t even realize he’d gotten out. But this good dog was smart enough to somehow know to ask cops for help in finding his family. Amazing! 🙂
-Advertisment-
Previous
Next