Tiny Puppy Rescued From A Construction Site Grows Up To Be So Handsome !

The Pittie puppy weighted less than 2 pounds when found abandoned at a construction sit, and wasn’t doing well at all...

This story is about a two-pound puppy, Pittie, who was found abandoned on a construction site. So Love Leo Rescue went to save a dog that was in bad shape! Fortunately, they received him and provided him with the greatest possible care. It was clear that a dog named Carl adored people.

Surprisingly, but fortunately, the dog began to feel better during his first days in the shelter! The best part was that he was well enough to go to a foster home! He also had a lot of foster siblings to play with, which made his life even more enjoyable. 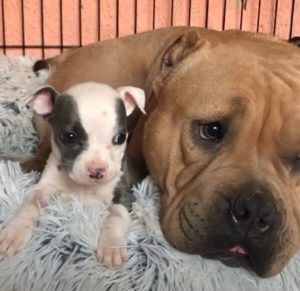 Then it was time for him to go home forever, because he was adopted by a wonderful woman. As he walks to work with his mother every day, his life becomes more important. He has more and more friends every day! What a satisfying ending!

View the video below.

Please forward this to your friends and family .