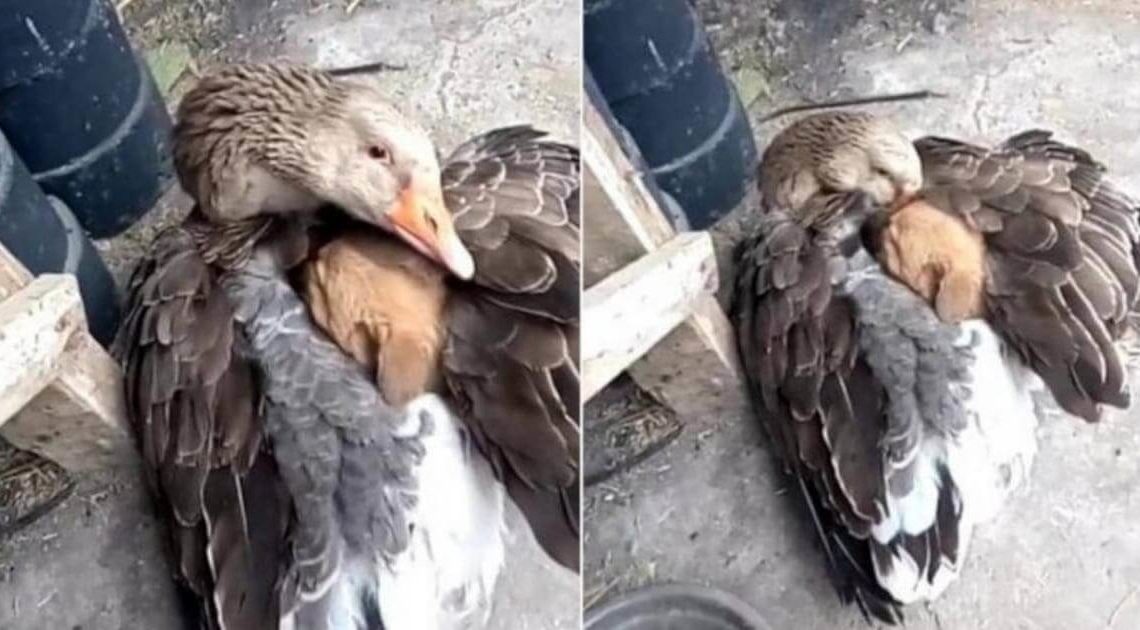 Many people assume that animals are of lesser intelligence and are only focused on their survival, but this isn’t true. Animals are truly incredible because they can feel empathy just like humans do. They seem to understand the pain others feel, motivating them to care for others.

A Facebook post of a freezing goose trying to keep an abandoned puppy warm has gone viral on social media. The post has captured the hearts of people on the Internet and has gotten more than 70,000 likes and over 240,000 shares. 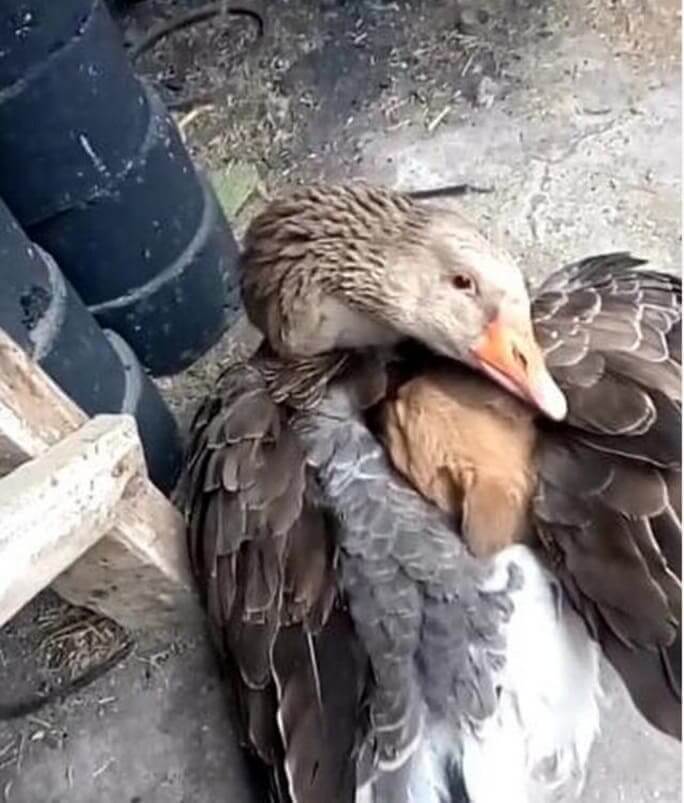 The puppy was abandoned by his mother shortly after birth on the street and was found by the kind goose. Amidst freezing temperatures, the goose did not hesitate to use its wings to protect the puppy shivering from the cold and to keep him warm. The goose gave up some of its warmth for a baby that’s not its own.

She covered the baby with her plumage to shelter the pup from the bitter cold. She hoped that her efforts would keep him alive. The goose later used its beak to pet the puppy and kept him warm underneath its wings until a photographer came and saved them. In this case, it really did become a mother goose. 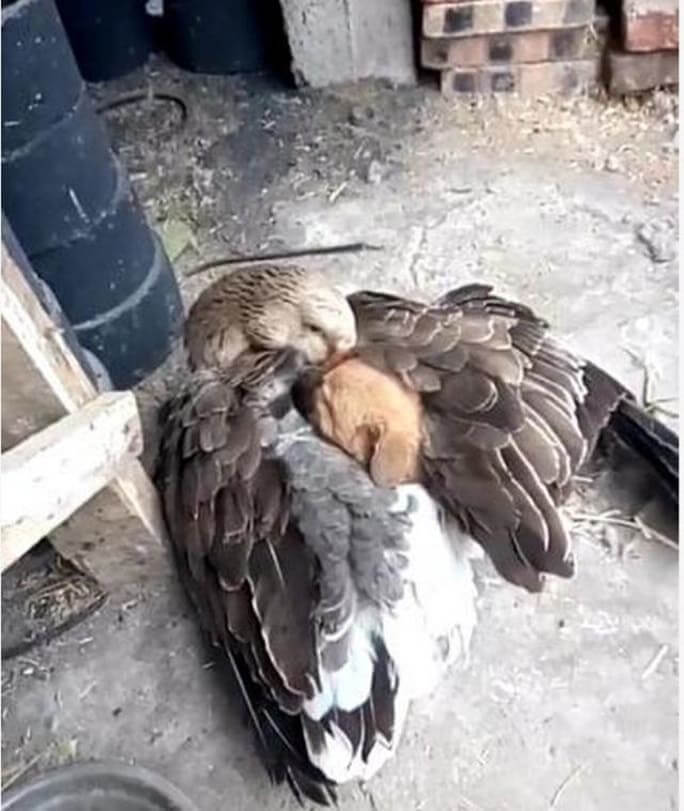 The poor little puppy was rescued and now is well and healthy. This is not the first time for ducks and dogs to be seen sharing an intimate moment, but through this story we could see empathy of animals in their kingdom. What a truly beautiful thing to witness!

If you love this story, please share it with your friends and family.