Two dogs loved to look at neighbors through a hole in the fence, and the owner made their appearances even more spectacular. 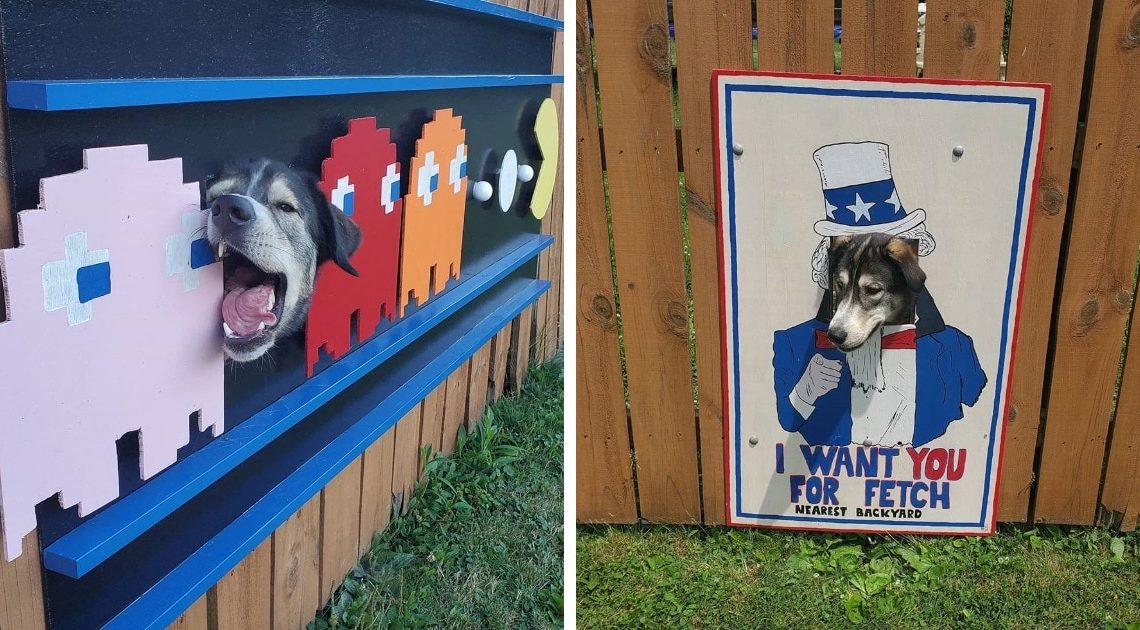 “Dogs,” art “and a big old-fashioned fence” – this is what is written in the profile header on Instagram of the owners of dogs named Ripley and Burger King from the American state of Ohio. The father of the family and the owner of the dogs, Brian Stanley, has turned the usual hole through which the tailed beasts can peep and look at the streets adjacent to their site into funny installations.

So, Ripley and Burger transform into heroes of paintings and movie characters due to skillfully made overhead frames.

It’s Ripley and Burger King! Dogs living in the us state of Ohio 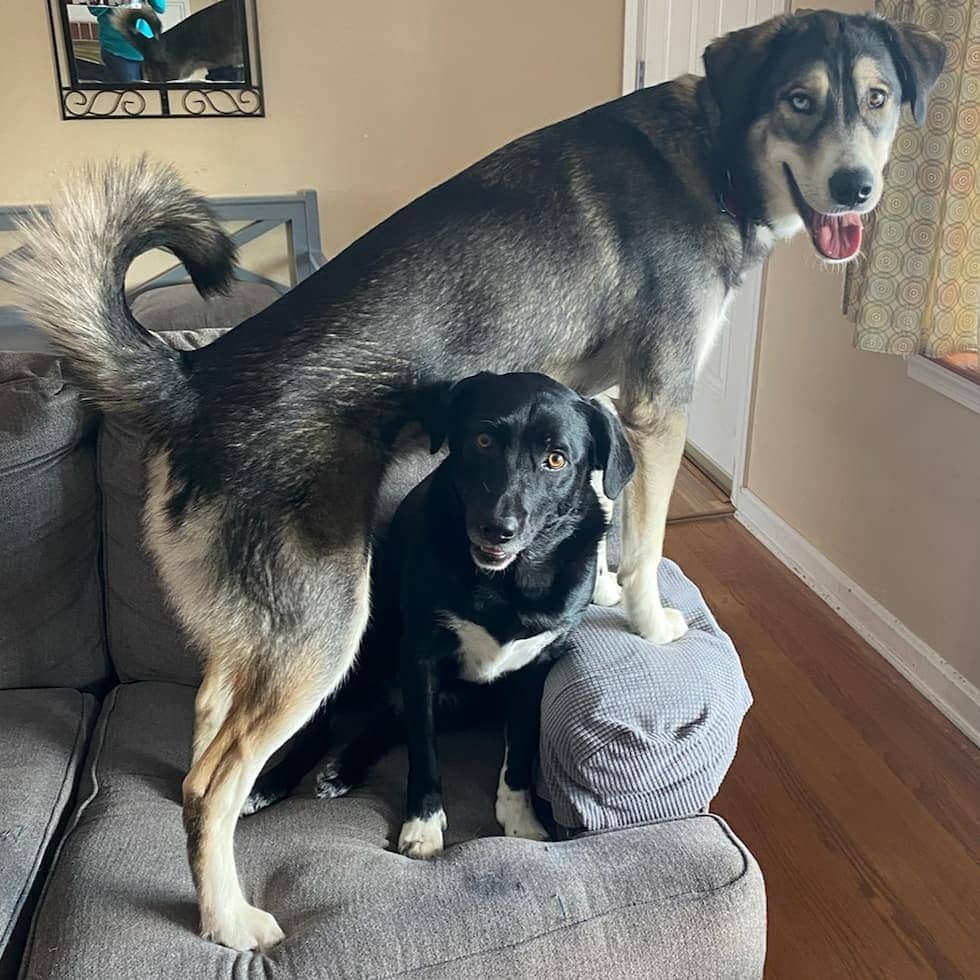 They live for their pleasure 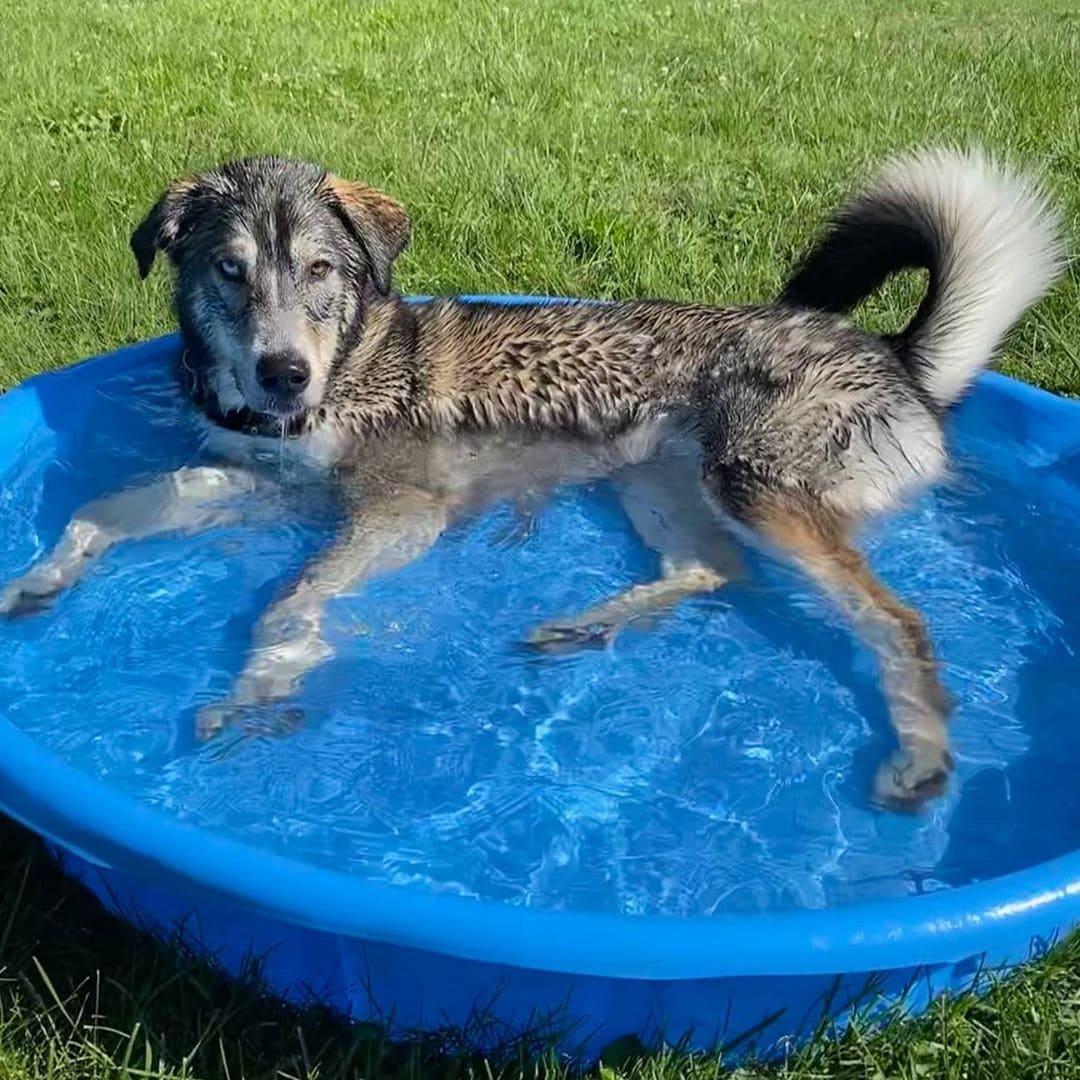 And love to watch the world outside of their lot 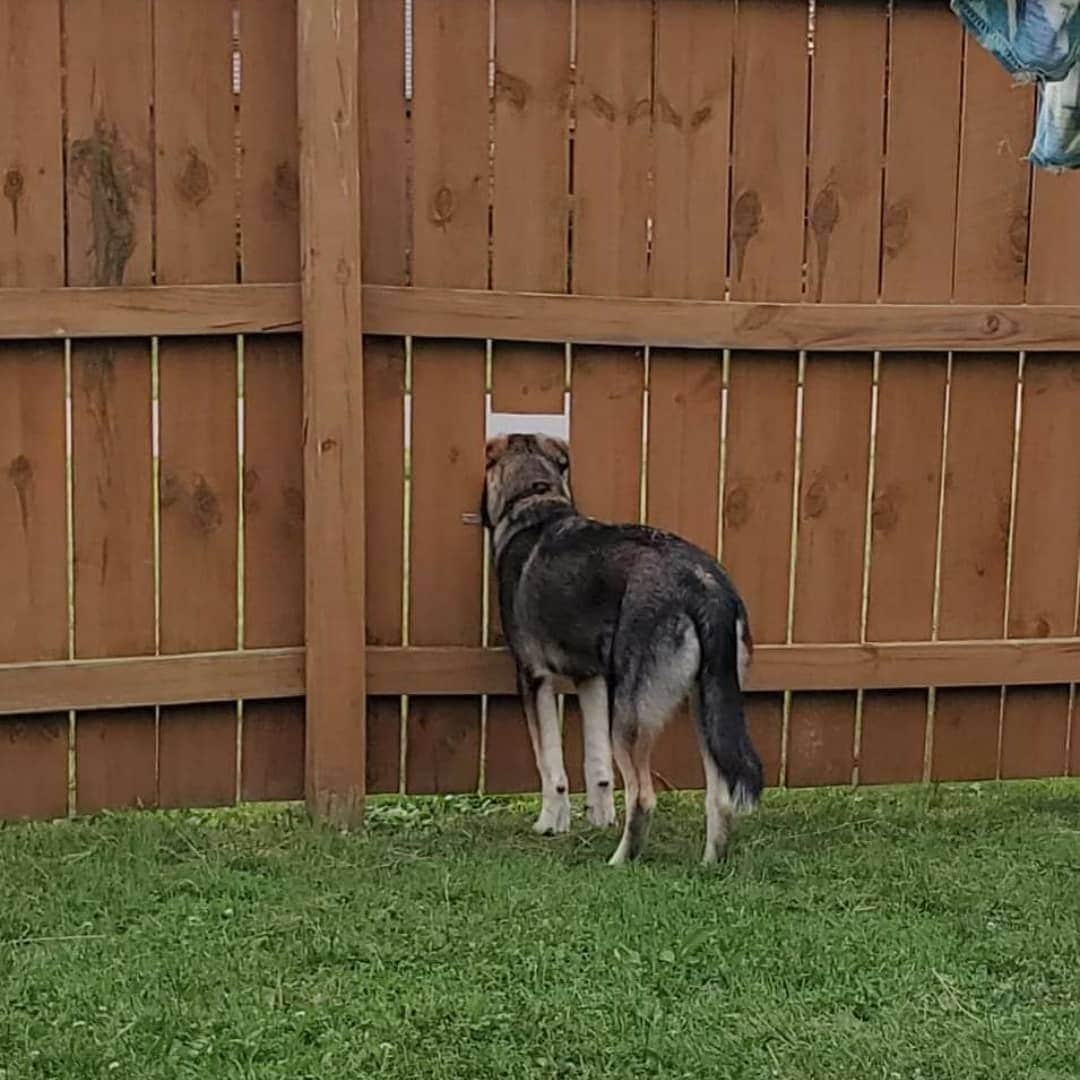 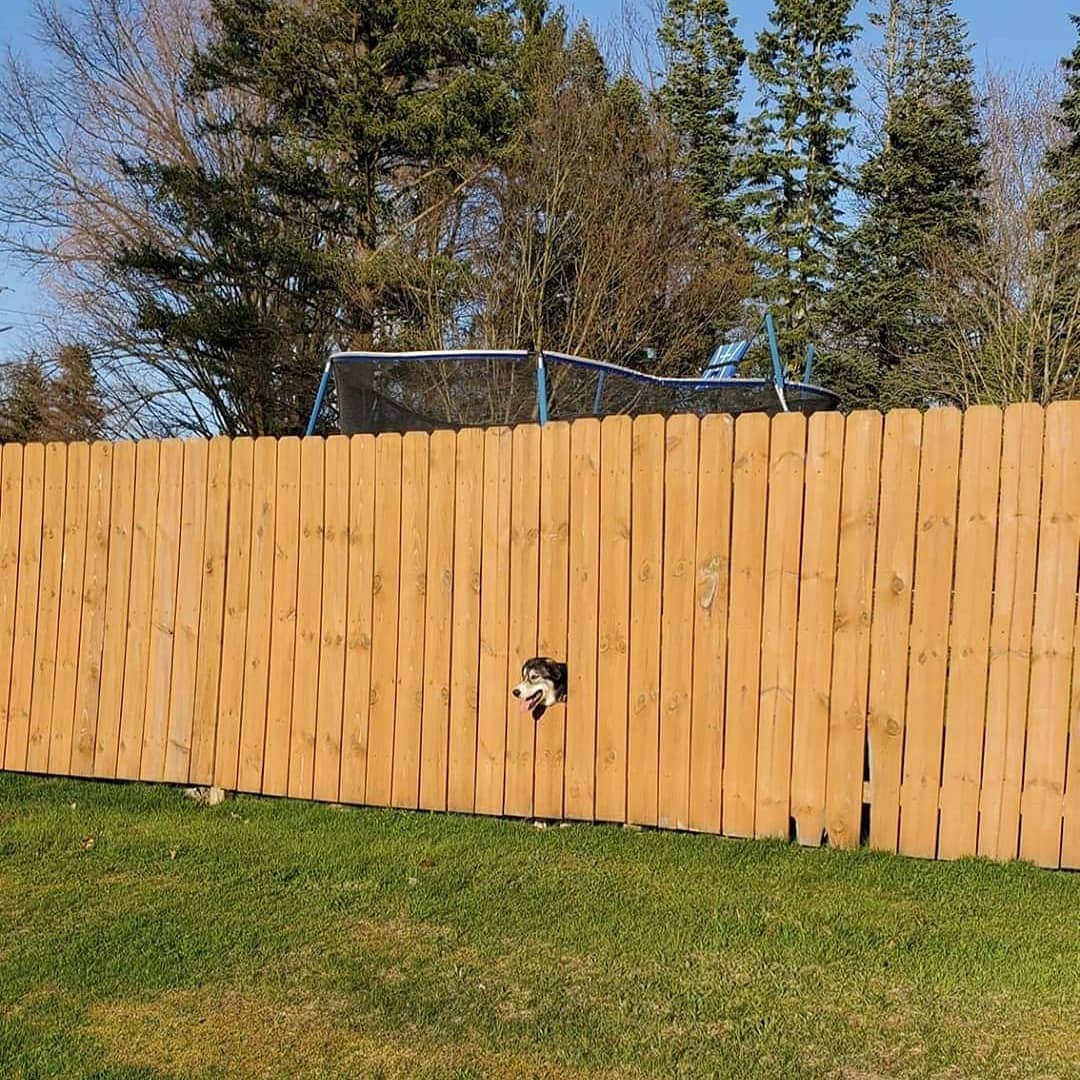 It looks cool – a dog sticking out of a hole in the fence will already delight others, but you can make this view even more fun. 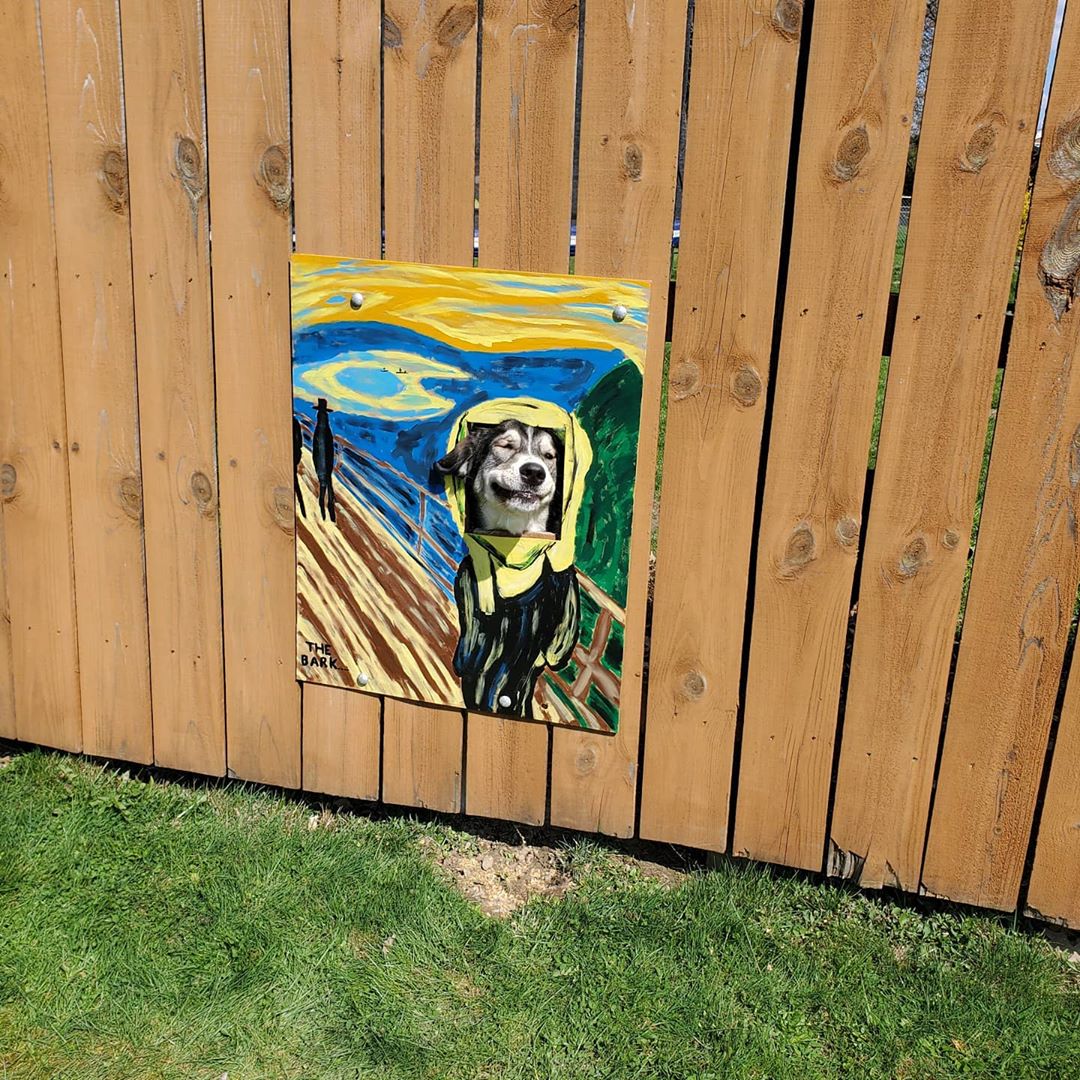 Mr. Stanley’s love of cultural references can be seen in the names of his dogs: Ripley’s name was Alien, and Burger King is a well-known diner chain. 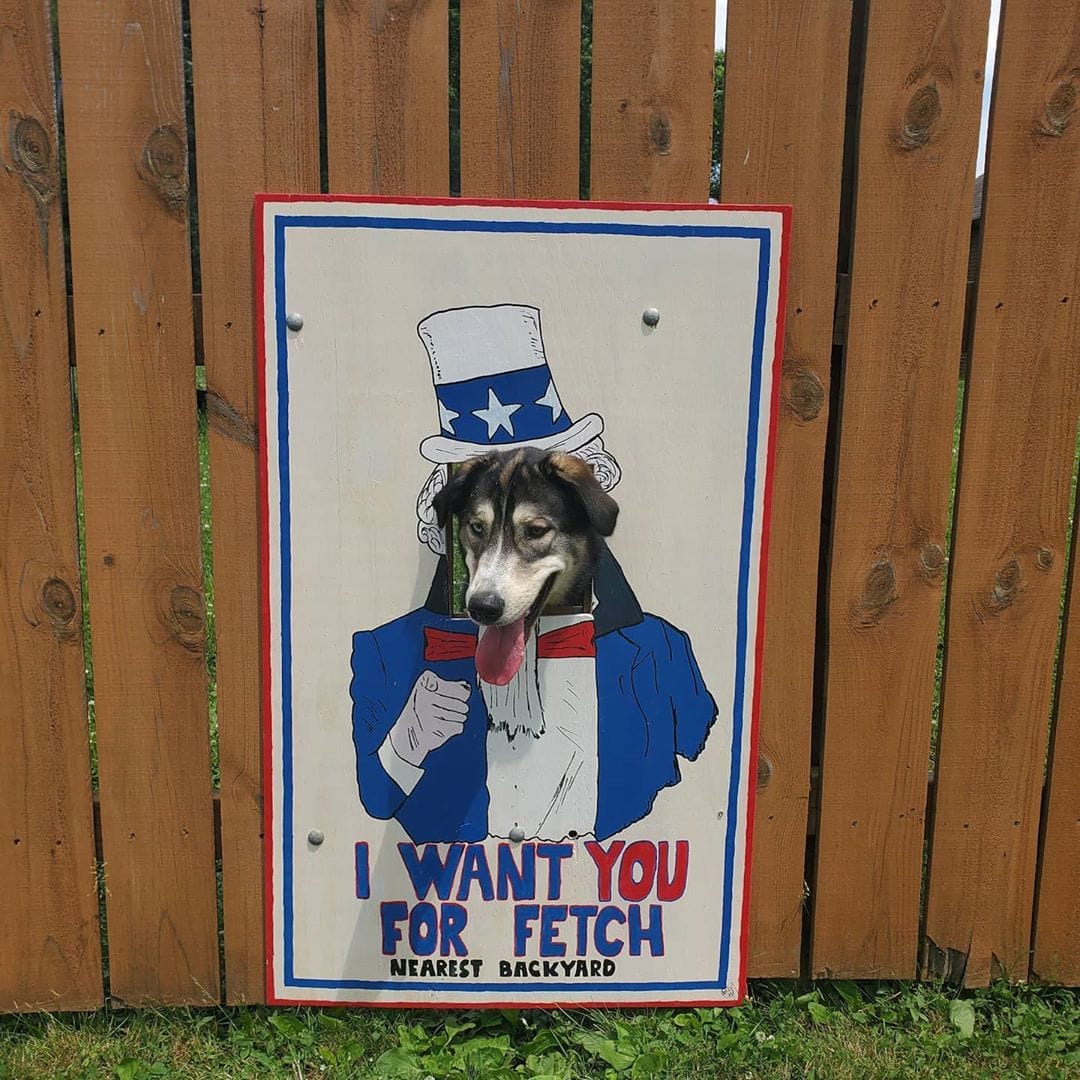 What can we say about the fact that the neighbors are delighted with such free performances! 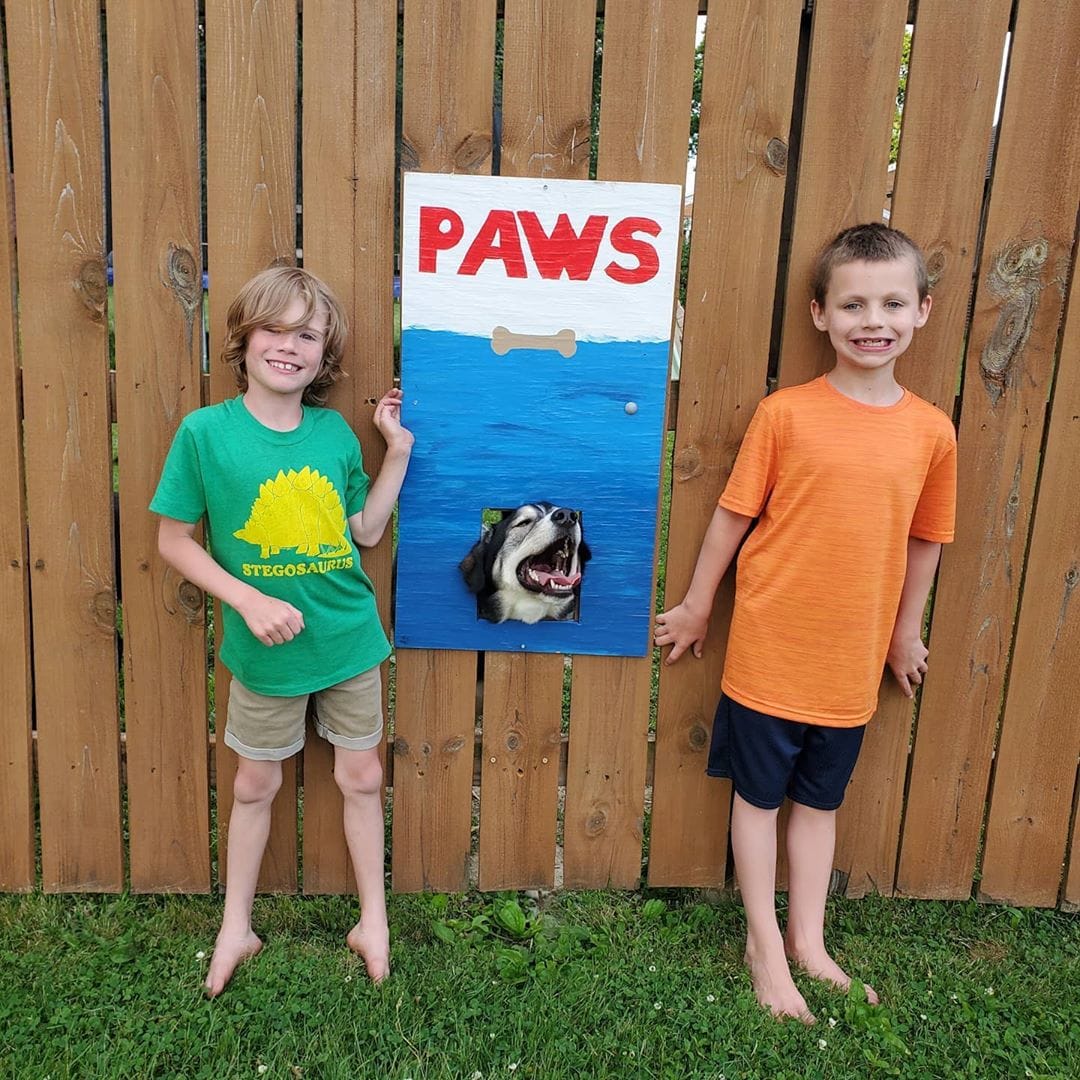 And this is the picture of Brian Stanley’s sons and also the best friends of Burger and Ripley.

The main star of the Stanley family fence, of course, is Burger! 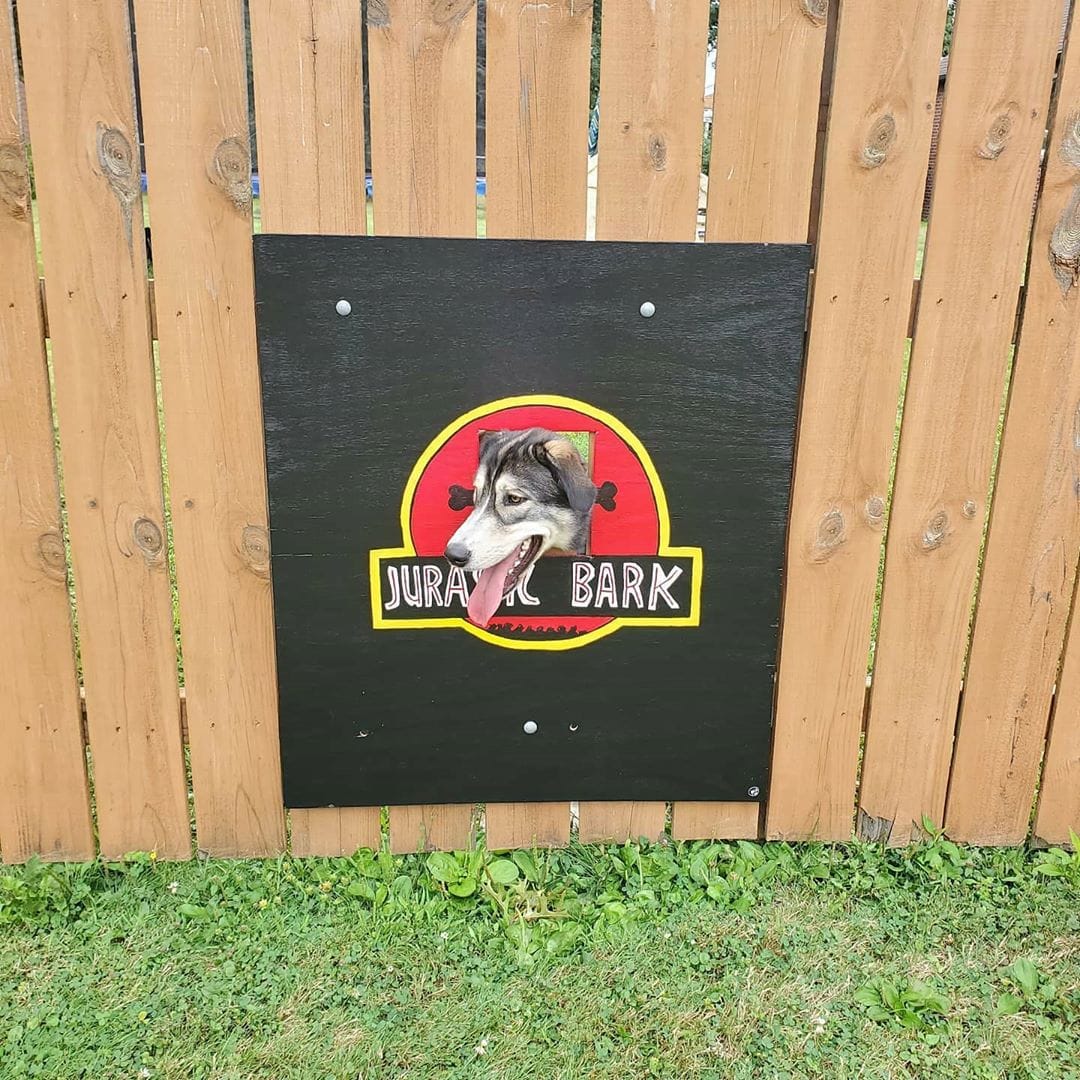 “Park of the Dog Period”.

Especially he made a great Pacman 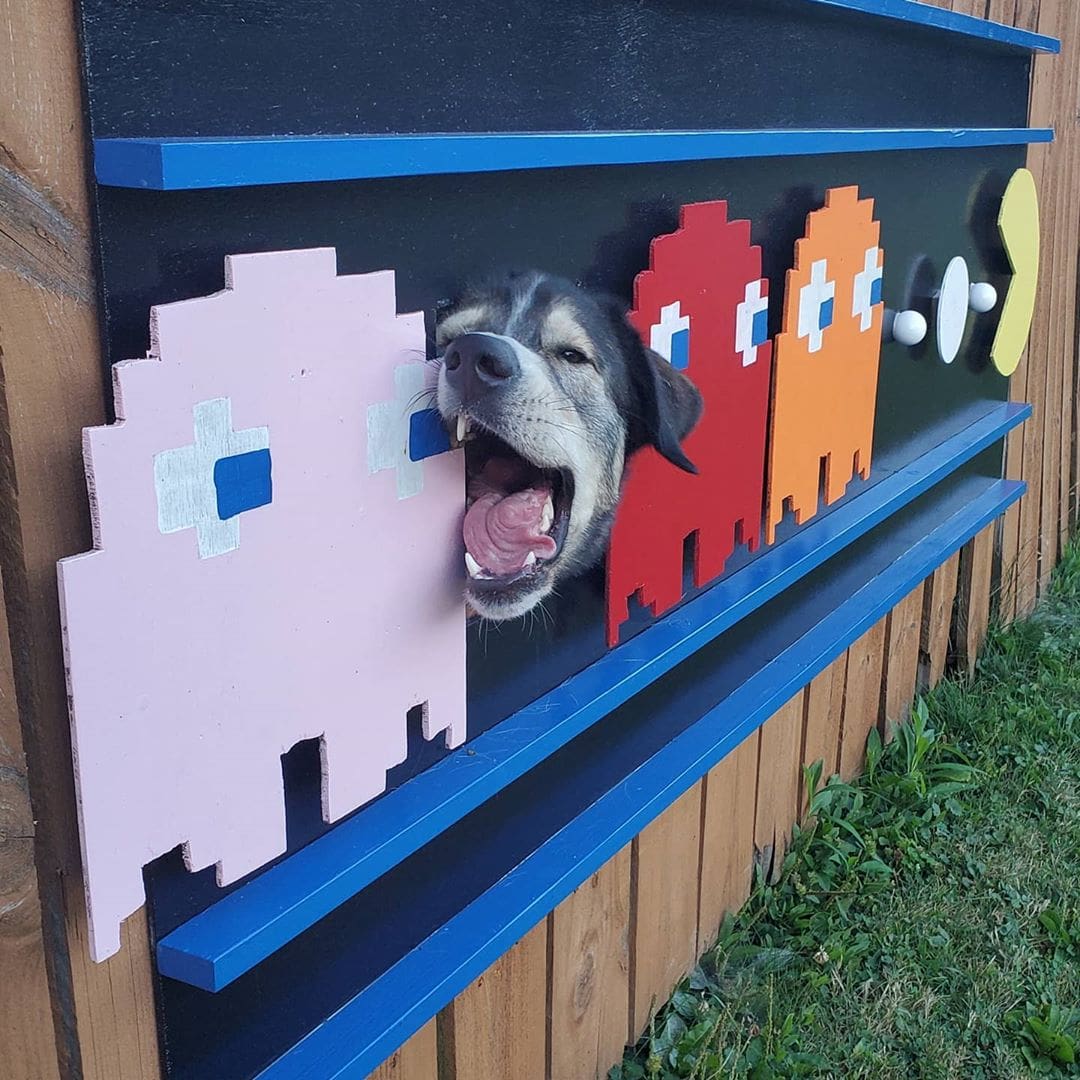 “Dog with a silver earring” 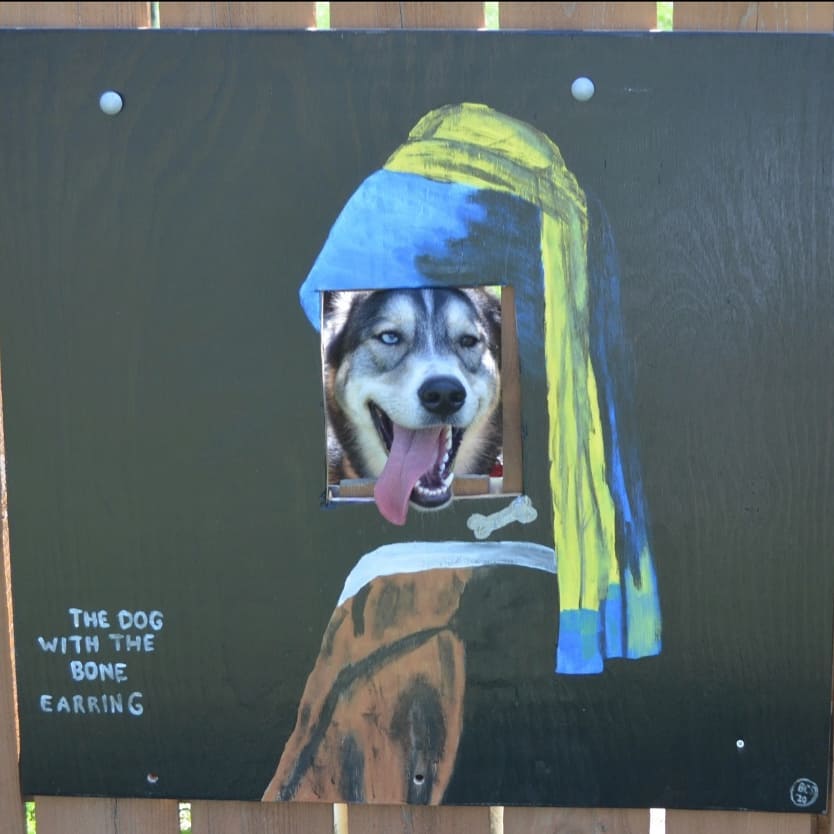 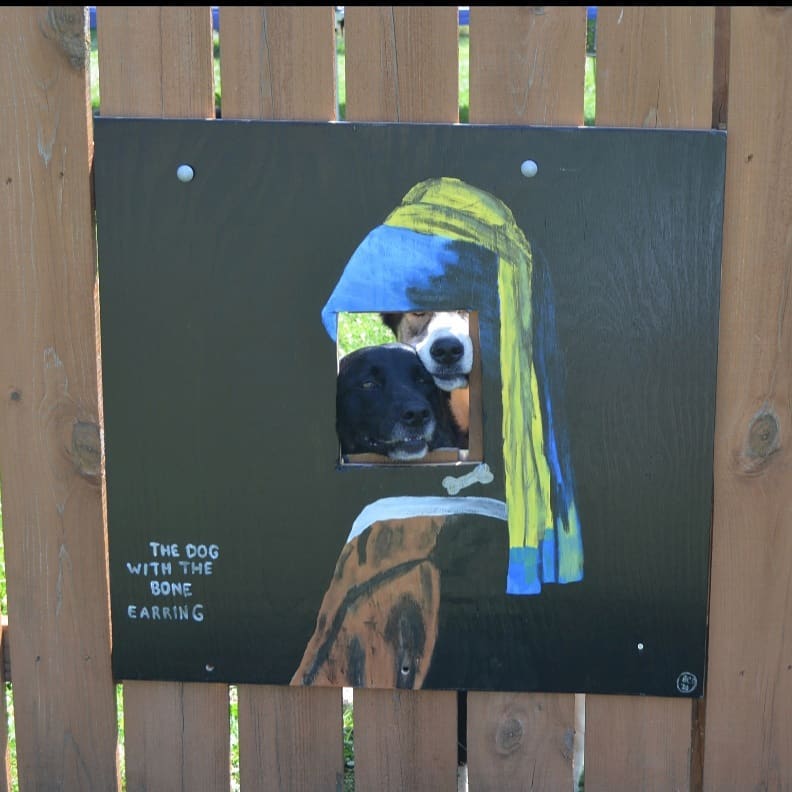 Ripley doesn’t come out so often, but look what an irresistible face she has! 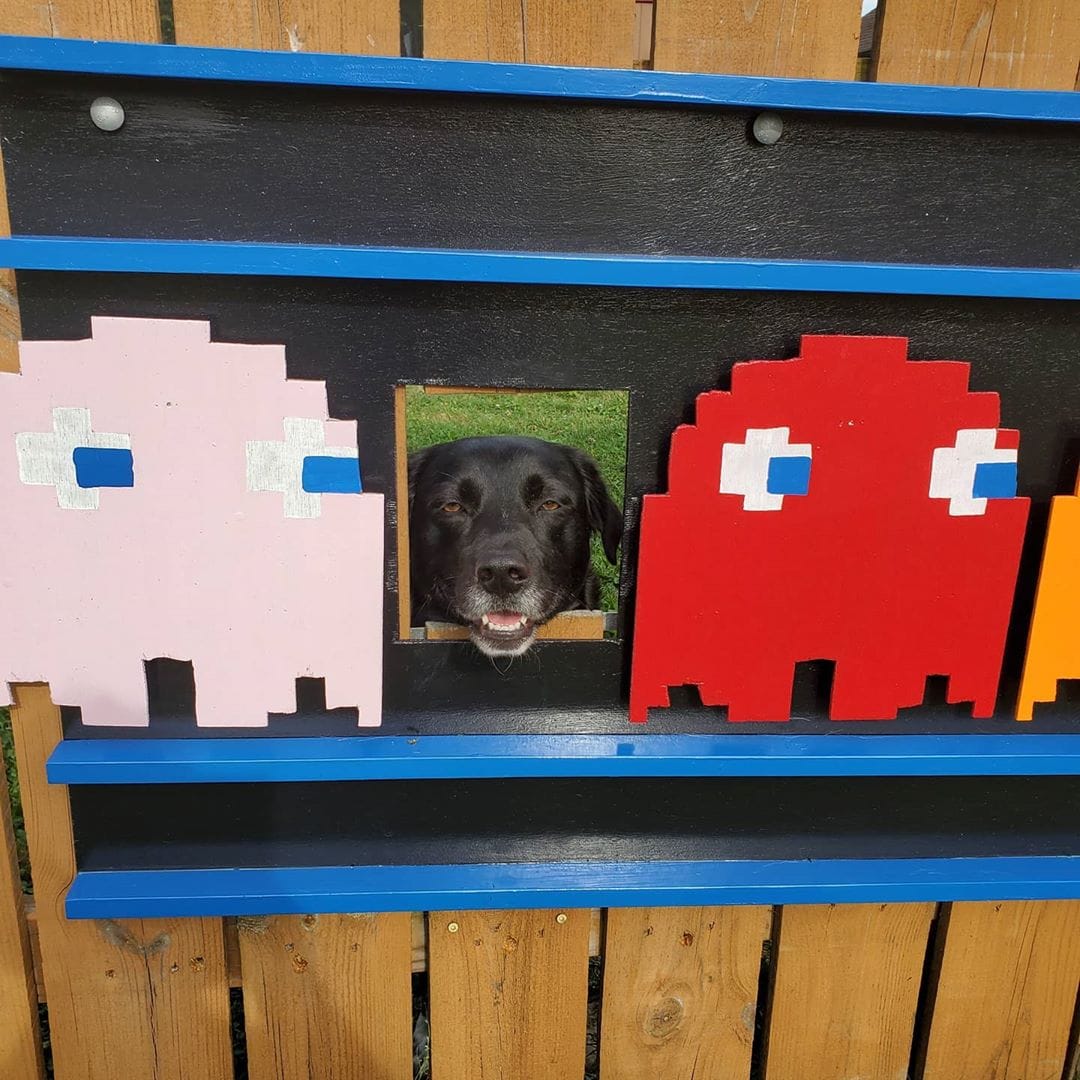 And here is the main builder! 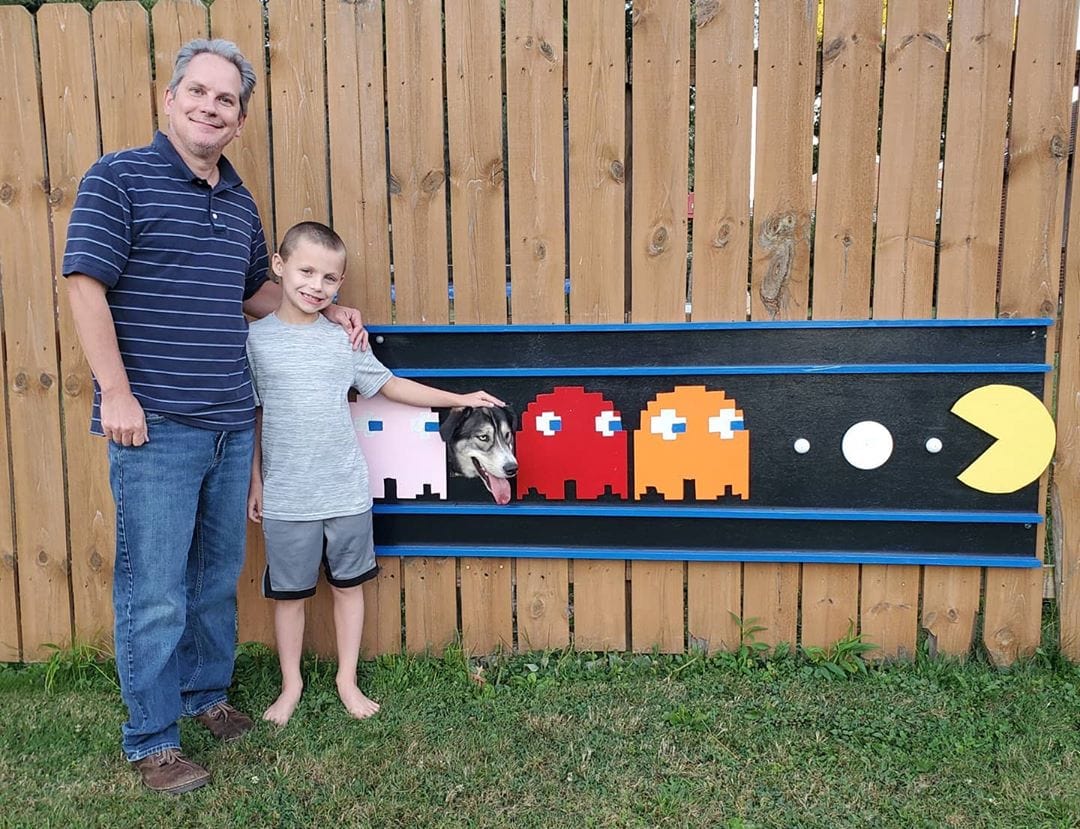 Ripley and Burger King are not the only dogs whose spectacular appearance in front of neighbors has been multiplied by the efforts of the owners. Bulldog Bogart from Denmark received the nickname “King of the Road” for the way his face looks when he looks out onto the road from a specially designed round window in the fence.