Underweight, Struggling To Breathe, Three Tiny Kittens Need Immediate Rescue If They Are To Have Any Chance At Life! 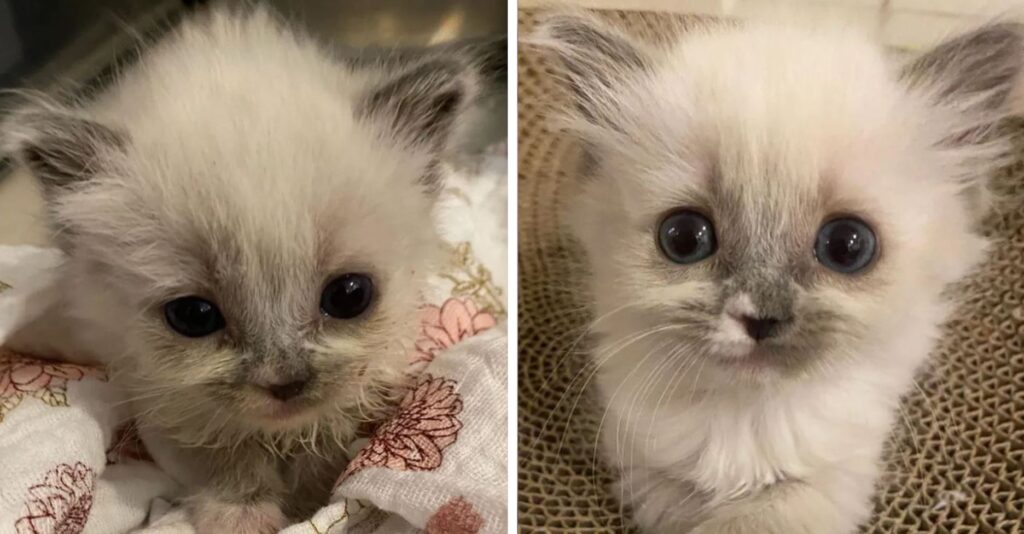 THREE STRUGGLING KITTENS STRUGGLING TO STAY ALIVE ARE IN NEED OF IMMEDIATE RESCUE IF THEY ARE TO HAVE ANY CHANCE!

Laura Malone, of Mini Cat Town, San Jose, California, was made aware of three kittens who urgently need help. The three kittens Lilo, Stitch, and Nani, were extremely underweight, and severe upper respiratory infections. In other words, they needed immediate care and attention! Laura wasted no time in taking them under her care.

Soon after arrival, the smallest kitten of the litter, Lilo, showed a strong desire to live, despite her small size. She, along with her two siblings was immediately placed in an incubator to help regulate their body temperatures, and Laura began around-the-clock care. 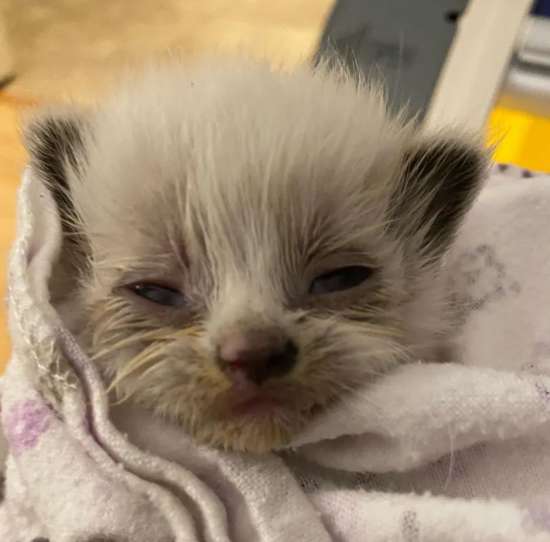 While her two siblings made great strides in putting on weight, Lilo herself was struggling but continued to fight for her life.

Laura did her best to support Lilo as best she could, knowing if she could learn to drink well from the syringe she would catch up with Stitch and Nani. 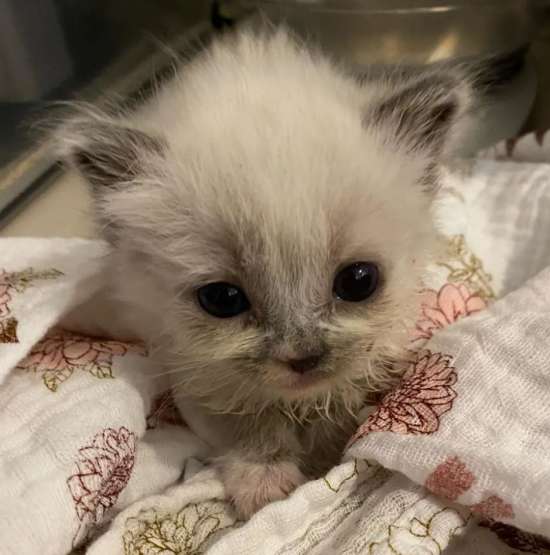 Nani was never far from Lilo’s side, while Stitch, the most adventurous won, did his best to show Lilo how much fun there was to be had.

–While out taking a walk one day a stray kitten decides to follow their dog home.

With her sibling’s encouragement and Laura’s constant care, Lilo Slowly began to turn the corner. 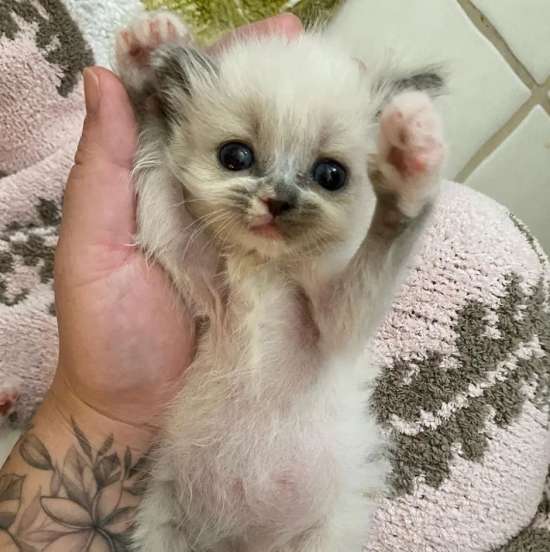 Before Laura knew it, Lilo was a completely different kitten!

“She happily ate all of her food and played a lot with her siblings,” Laura said.. 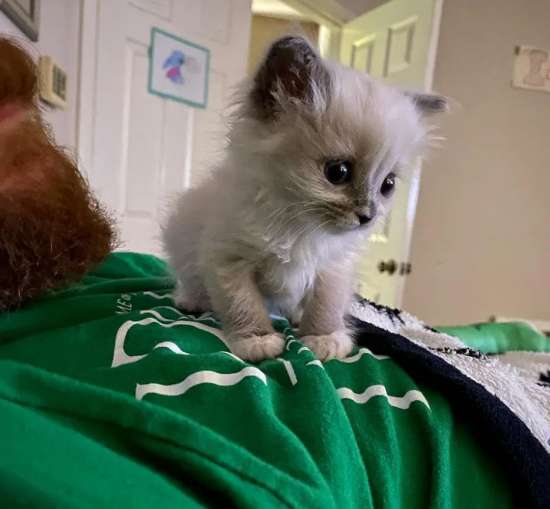 She went from the sickest of the trio to becoming the cuddliest. Wasting no time in staking her claim to her foster Dad’s chest.

“While Stitch was playful and Nani was mischievous, Lilo was sweet and cuddly. She loved to play with her siblings and could hold her own, but she also loved to cuddle,” said Laura. 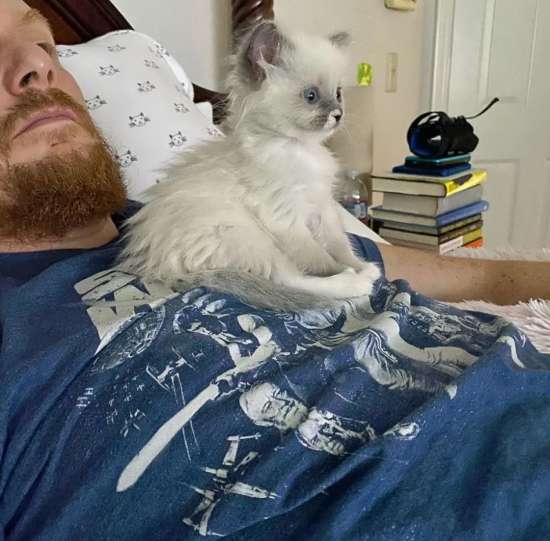 When she was not cuddling with Dad she was always on the move, exploring every nook and cranny with her siblings.

Then right back to cuddles again. 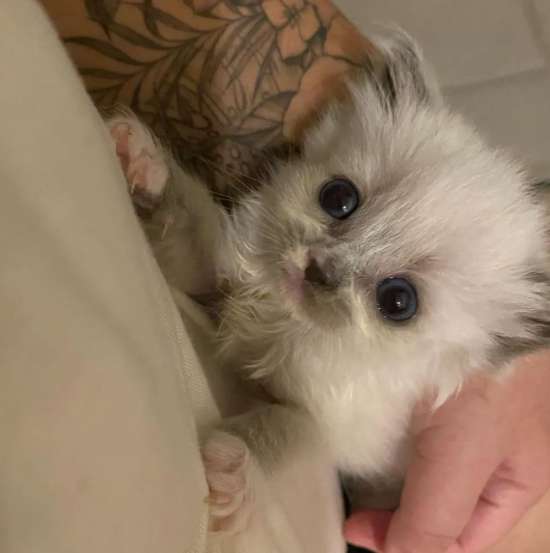 Every goal achieved by the kittens was celebrated by Laura’s family.

When the scales finally tipped in Lilo’s favor the family cheered her on. 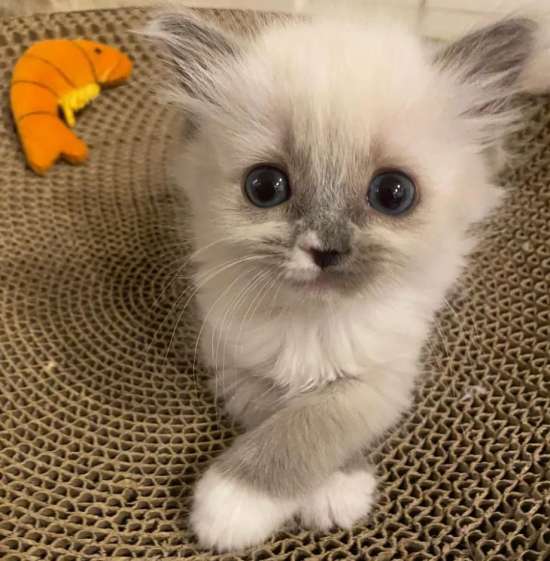 When it was time to move onto the next chapter in their lives, a family looking to adopt immediately fell in love with the two sisters. 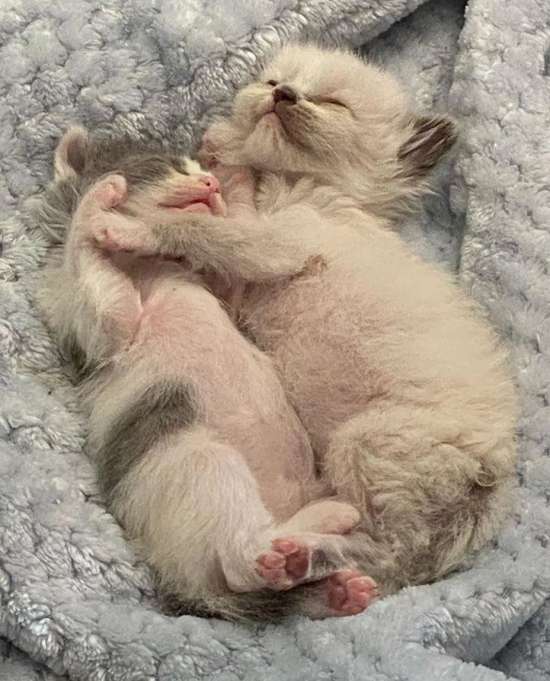 Once they had reached the magical two-pound mark they were ready to move into their forever home.

Stitch too proved irresistible to another loving family. 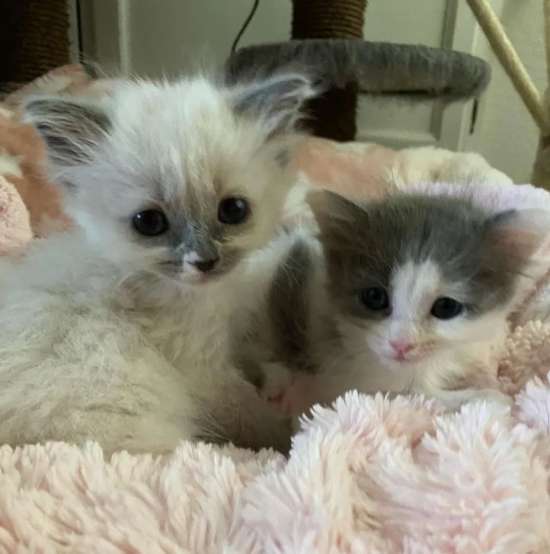 “We will miss them for sure, but with every goodbye, is a chance to say hello,” Laura said.

Lilo and Nani play hard and sleep even harder! 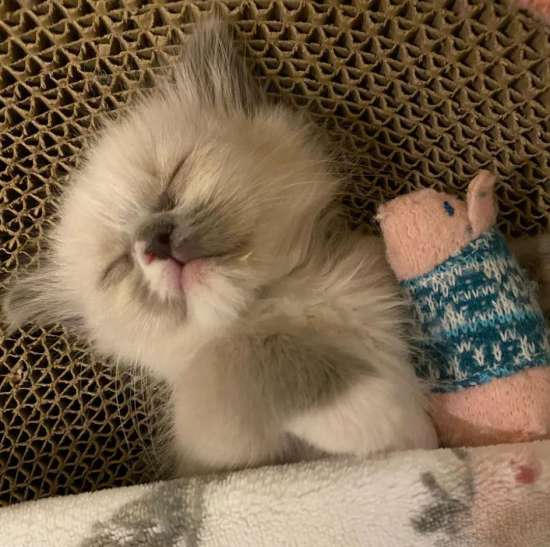 Remaining as close as ever to her equally fluffy sister. 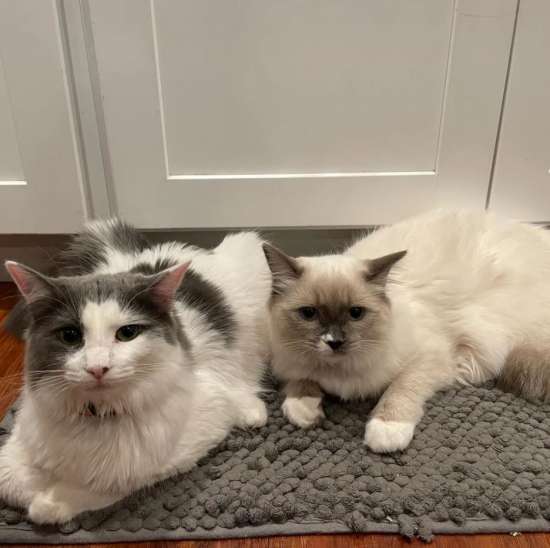 This cuddly pair have gone from struggling to staying alive to living the life they deserve with a family who loves them to death. 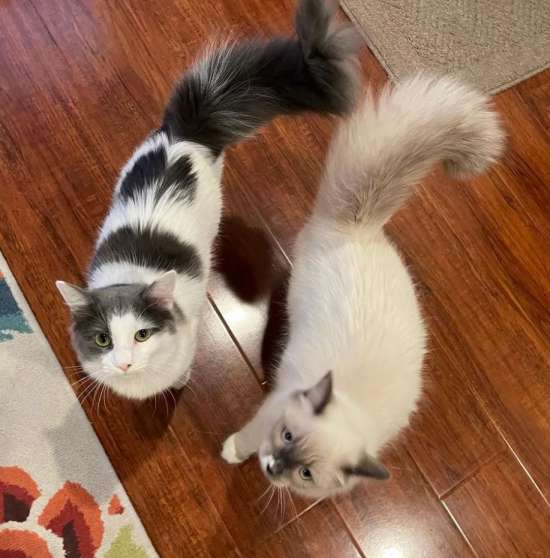