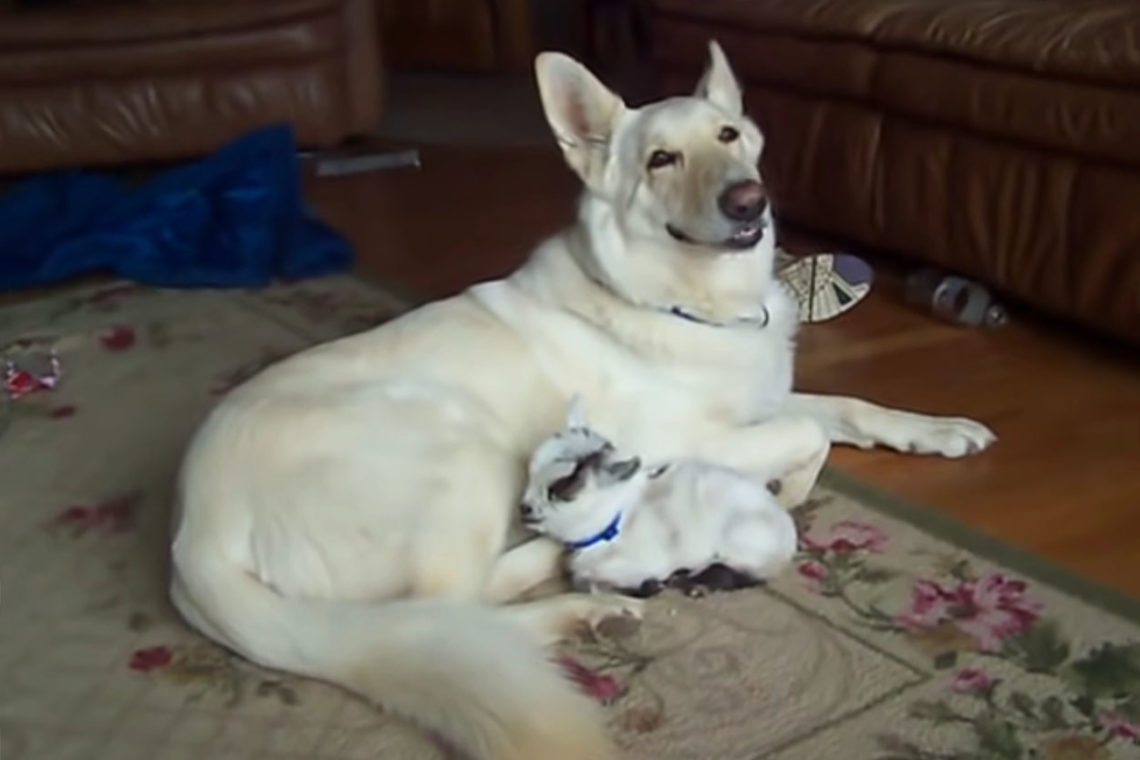 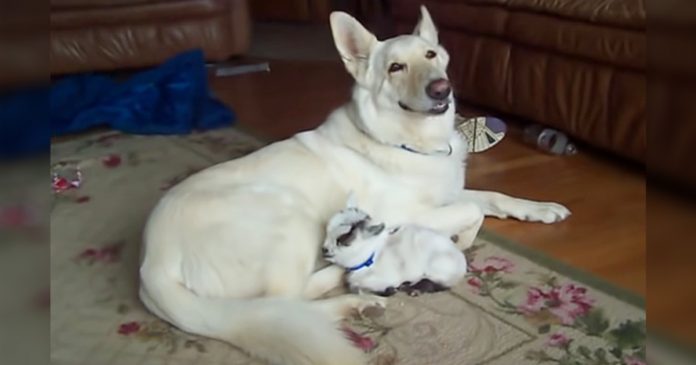 This lovely German Shepherd dog named Shadow became a foster mother to a pygmy goat that her family introduced her to. The bond between the two animals was instantaneous and the baby goat was happy with her new mother.

Dogs lick their puppies as a show of affection and also to recognize the scent of their new babies. Shadow quickly transformed into a devoted mother with her little goat, giving her long baths and taking care of her all the time. 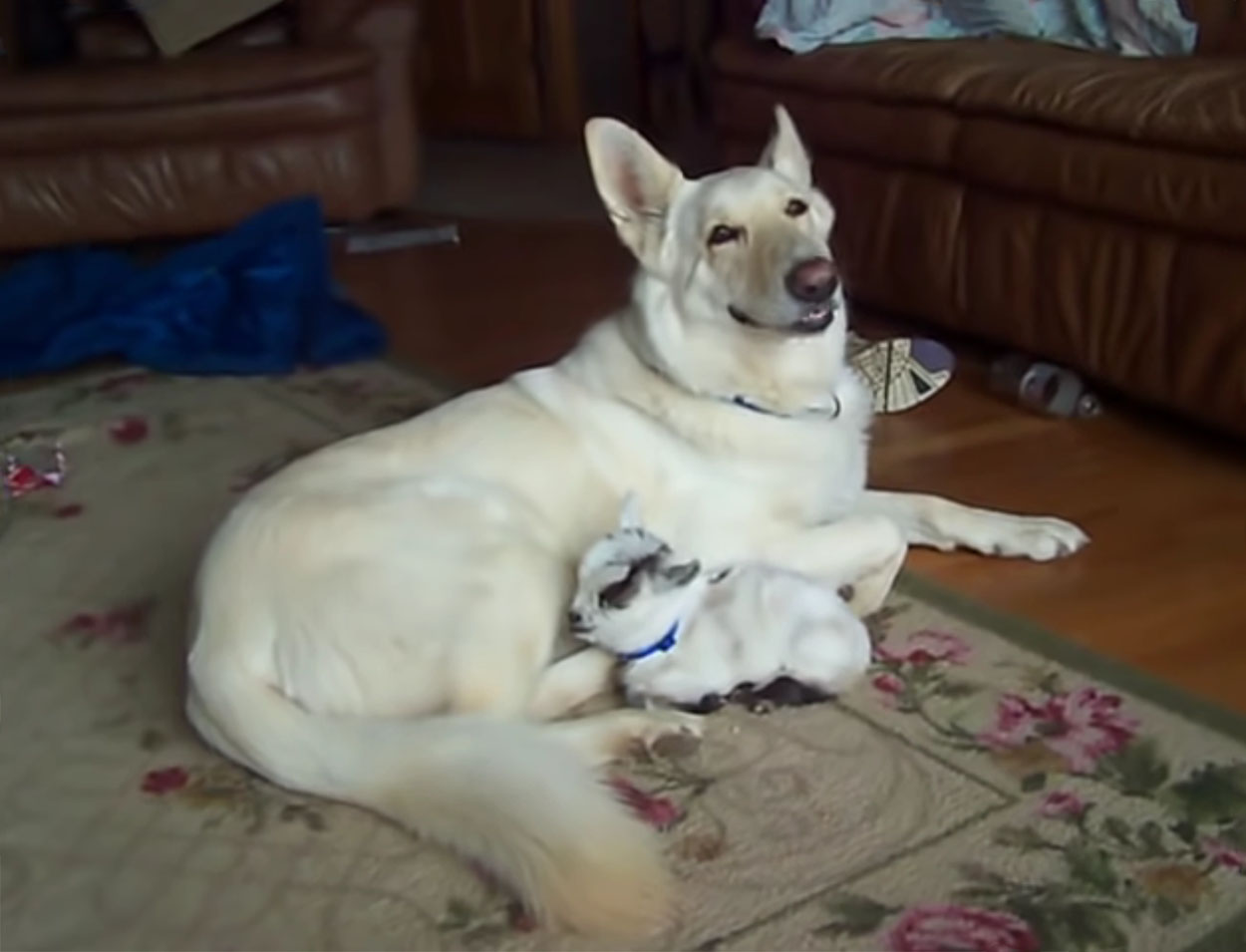 Shortly before meeting the sweet goat, Shadow had her own cubs, but after taking care of them she was sterilized. Shadow’s family thinks that he decided to take care of the goat because he missed his own babies.

The adorable dog’s maternal instincts go beyond caring for the little goat. Shadow has also taken care of the smallest dog in the family and is always giving him hugs and kisses.

Seeing the interaction between the two animals, the family that resides in Iowa, United States, assured that Shadow could see himself at ease with his new baby, and the little goat enjoyed the caresses of his new mother.

Dogs are very protective animals and enjoy taking care of people, and other animals as well. German Shepherds like Shadow, are known to be incredible watchdogs, they are sweet and very calm; Now we must add that they are excellent at taking care of babies.

In a separate video recorded by the family, Shadow’s mother can be heard talking about the relationship between her pet and the little goat.

“For some reason, the goat thinks that Shadow is his mother, and Shadow likes the goat.”