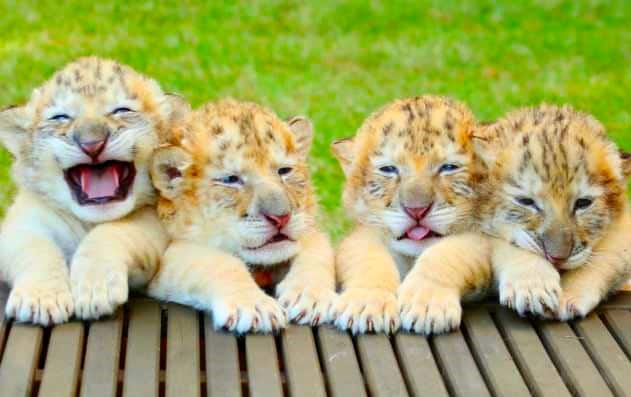 White tigers are incredibly rare. Not to be confused with Siberian tigers, which are white, these are Bengal tigers with a genetic abnormality which causes them to be white. This is caused naturally, but there are only around 1,200 of them in the world. White lions are even rarer. A similar genetic abnormality causes their light skin and fur pigmentation. However, there are only about 300 white lions in the world. However, a male white lion and a female white tiger fell in love at the T.I.G.E.R. Sanctuary in Myrtle Beach, South Carolina.

Now, you may have heard of a liger. A liger is what is produced when a lion and tiger breed. These are also incredibly rare, mostly because lions and tigers only come across one another in captivity. There are only about 1,000 ligers in the world. Most are in captivity. But, the T.I.G.E.R. Sanctuary believe that they have bred the world’s first white ligers. They are expected to grow whiter as they grow older. 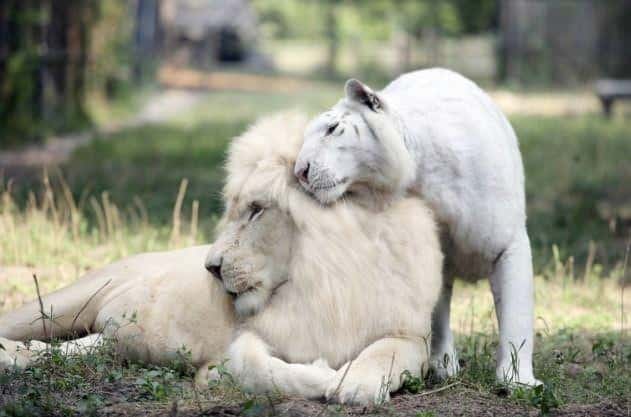 The sanctuary has a history of breeding ligers, including the world-record holding Hercules, the biggest liger in the world. However, now Ivory the white lion and Saraswati the white tiger has given birth to four adorable white liger cubs, his popularity may be at risk. 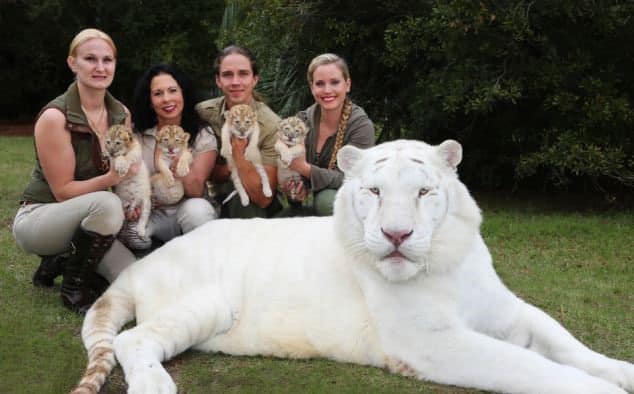 The cubs are called Yeti, Odlin, Sampson, and Apolo. No, we don’t know why they’re spelt like that either. They are not only the most adorable little cubs ever, but they are believed to be the first ever white ligers! Dr Andle, the founder of the T.I.G.E.R. Sanctuary, believes they will grow to be bigger than Hercules. “I skip a day seeing them and it looks like they’ve doubled in size. It’s like someone’s blowing them up with a tire pump,” he said. 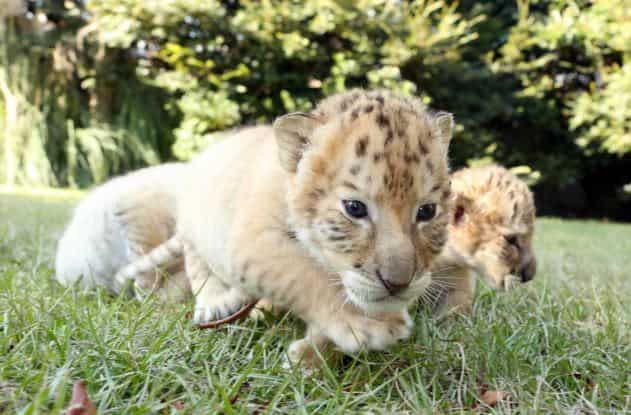 Yeti is the most boisterous and center of attention, so keep your eyes out for more news of him! Let us know what you think of these cute cubs in the comments, and share with your family and friends! You can check out similar stories on Happiest, like this one about a baby elephant copying a man sliding in the mud.