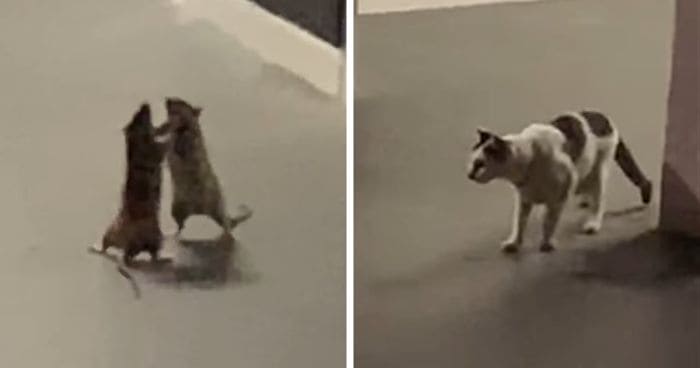 One woman in Singapore was walking home when she witnessed an amusing sight of a cat watching two rats fight each other at the Housing and Development Board void deck. She quickly grabbed her phone, took a video of the process, and shared it on Facebook. 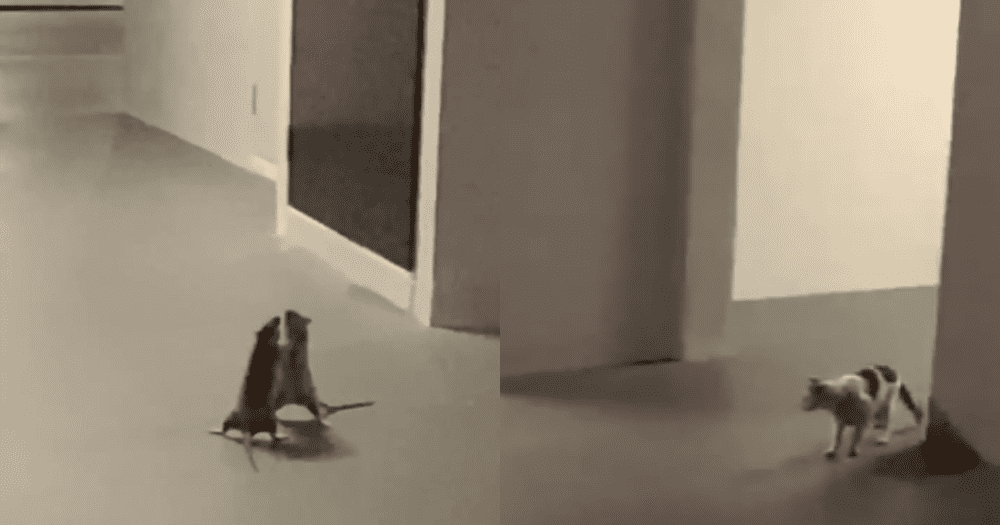 “On my way home to this amusing sight!” Cheez Goh wrote on her Facebook page. “We’re so used to seeing cats fighting. But have you ever seen rats fighting? A cat that never interrupts is a smart cat. Guess which rat did the cat chase after? The one that runs away from my direction or the one that comes towards my direction? Guess correctly, I’ll buy you coffee,” she said.

In an interview with Bored Panda, Cheez shared, “I was on my way home on the 8th of July around 10 pm and under my block, I saw those 2 rats running and chasing each other around trying to provoke one another, and they went separate ways while I wanted to film it.” 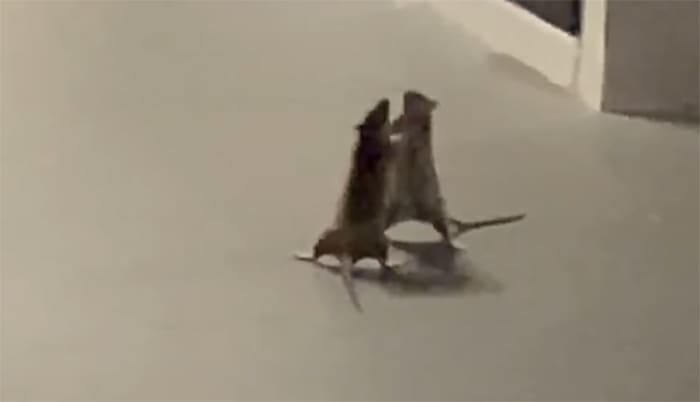 “Then it happened again and I quickly took a video of the process. They were already running around upon me reaching my block because I heard some sounds.” As it turned out, there was a cat watching the fight between two rats.

And what happened next? “The two rats just gave up and went separate ways. One ran away from the camera, one came towards the camera where I was standing. It didn’t seem to notice I was filming the process and ran towards me. I freaked out as it was approaching me, causing a sudden movement. The rat then ran for its life and that’s when the cat saw that the rat was running and charged towards it. However, the cat missed because the rat went under the drain. The rat was really fast!”

Cheez never expected that her video would go viral on social media. “No, I didn’t expect my video to go viral. I thought it was a rare sight! And it was pretty amusing. So I shared!” Good thing she did, because we’re pretty sure the video chased your boredom right away!

After she shared the video on Facebook, one person commented, “The cat ordered them to fight for their lives. The one who gets beaten will be eaten.”

What do you think about this video? Feel free to let us know your thoughts in the comments below. Be sure to share this funny video with your friends and family members!