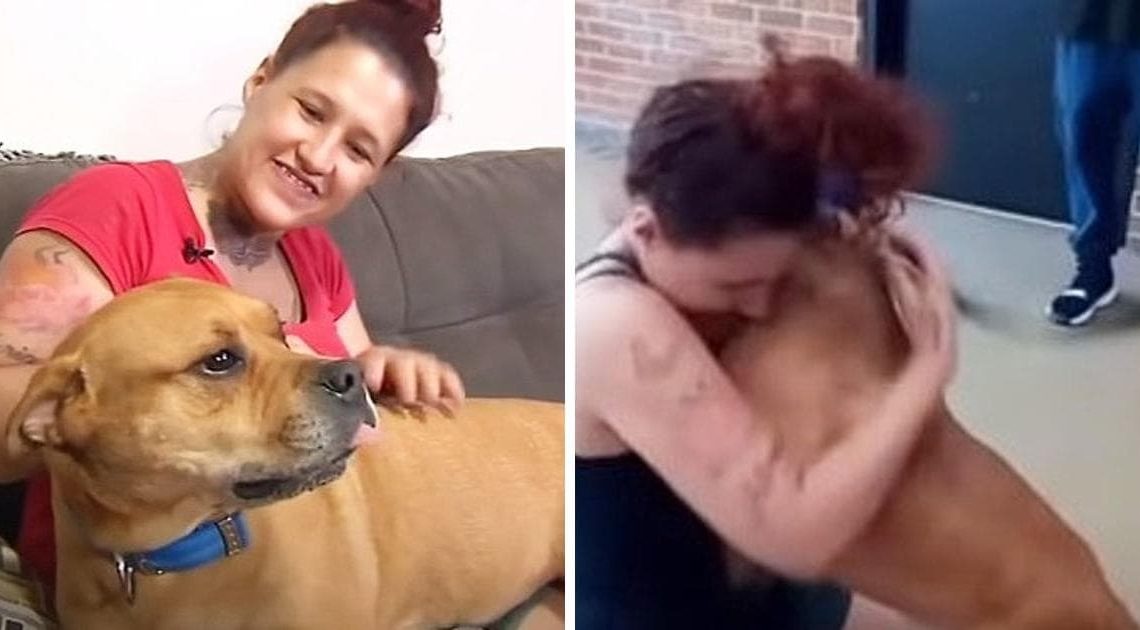 A dog is truly a man’s best friend, or in this case, a woman’s best friend. Aisha Nieves’ heart soared for her wonderful dog named Kovu. The two were inseparable and had been incredibly close since the moment they met. It seemed like each of them had been lucky enough to find the greatest companion they could ever ask for. Unfortunately, one tragic day caused the two of them to separate for quite some time, leaving Nieves with a broken heart and Kovu without the place he had always called home.

An accident occurred at Nieves’ place of residence in Allentown, Pennsylvania. A car drove into Nieves’ fence in her backyard, destroying it in the process. With nothing to keep him in place, Kovu ran away from home and was sadly not found by Nieves for a while. He had been found and taken in by a shelter before he was adopted by someone other than Nieves. The heartbroken dog owner had to wait and hope that she would one day be reunited with her lost best friend.

Through heartache and devastation, Nieves never gave up on her mission to find Kovu as he had left an unfillable void in her heart. There was no one else that could make Nieves as happy as her lost furry companion. Finally, in June 2021, Nieves’ prayers were answered when she stumbled across Kovu on a shelter adoption site. After two long years apart, Nieves continued to do whatever it took to go find her friend and finally be reunited with him once again.

Nieves and Kovu shared one of the most beautiful friendships any owner could hope to have with their trusty pet. She loved him like no other. “He was my baby,” Nieves told 69 News. “He would go with me everywhere. He would sleep in my bed.” From the moment she looked into those sweet puppy eyes, Nieves was immediately taken and knew that Kovu was the perfect dog for her. Unfortunately, the two were separated after a car hit her fence at her home in Allentown, as 69 News reported. When Nieves got home, Kovu was nowhere to be found.

After searching frantically, she called the Lehigh County Humane Society, who sadly told her that her dog had already been adopted by someone else. Nieves couldn’t shake her heartbreak from losing Kovu and never gave up on her search to find him again. More than two years later, she was randomly looking at the Humane Society’s adoptable dogs page when she spotted Kovu’s picture.

“He had a scar right over his right eye,” Nieves said. “It’s not that noticeable anymore, but in the picture they had, you could see it.” Nieves immediately reached out and did what she had to reconnect with her longtime friend, but she was nervous about if Kovu would even remember her. Once they spotted each other, it was like they had never been apart.

“We locked eyes and I seen his smile and he started wagging his tail,” Nieves said. “Soon as he started coming, he started squealing and screaming and yelling and jumping on me kissing.” Finally, the two were back together again. “I love him so much, like I’m just so happy he’s back,” Nieves said.