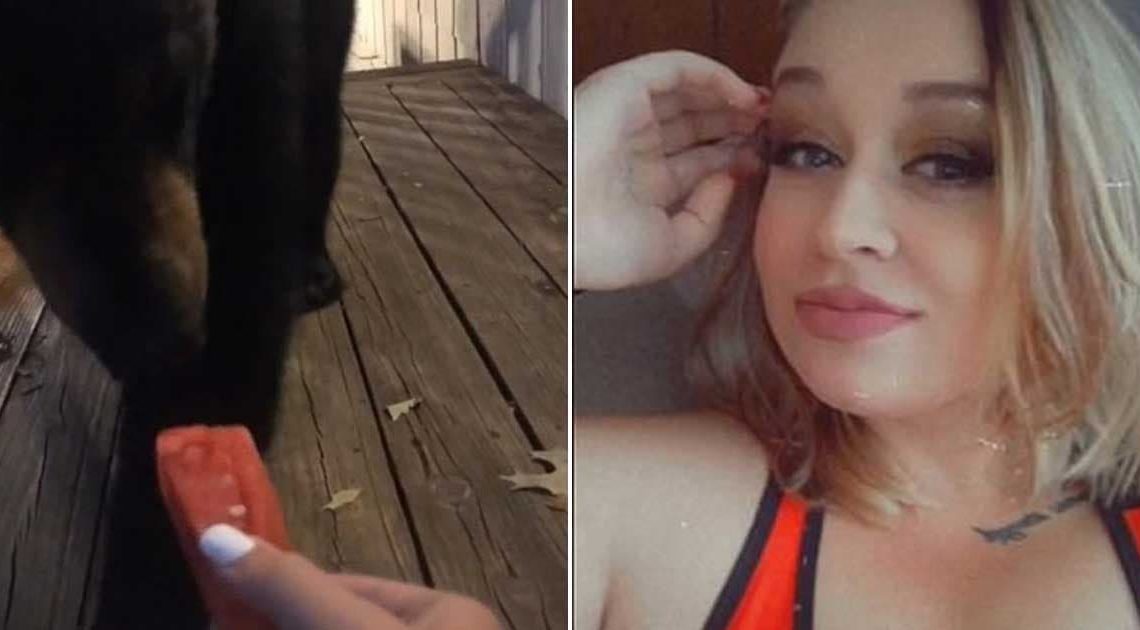 A woman from Virginia has been charged after sharing a video of herself on TikTok while feeding a black bear straight from her hand.

Kristin Hailee Farris was on vacation at Gatlinburg, Tennessee in September when she captured the video as she crouch low in front of the bear while holding out pieces of chocolates, a slice of watermelon and others. 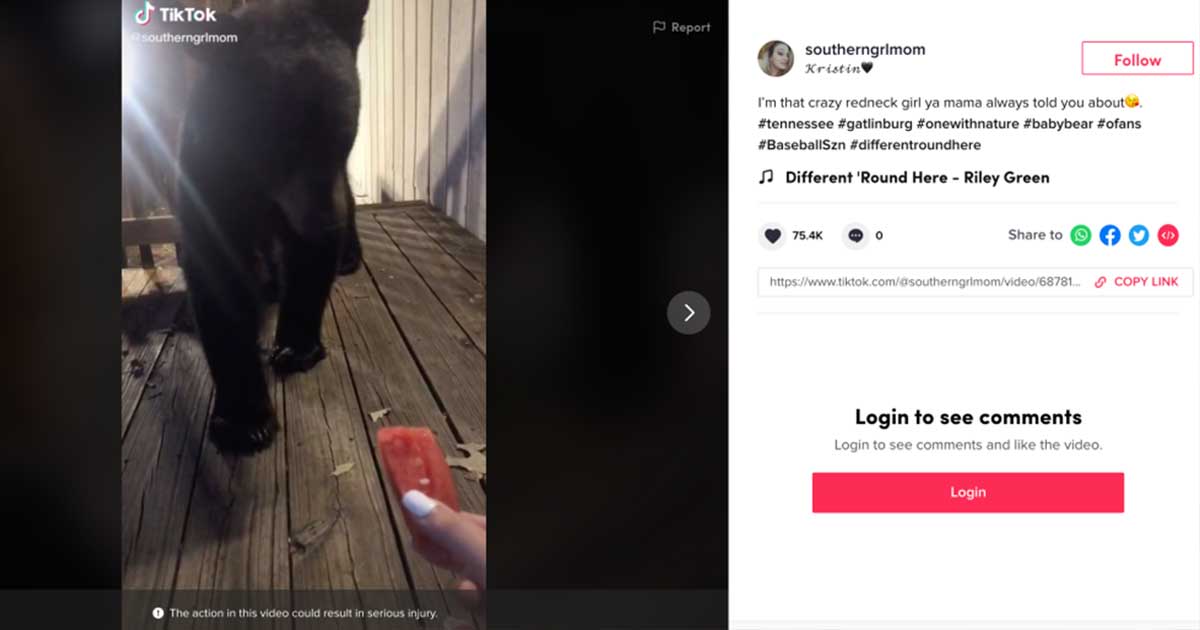 The video shared by the 21-year-old mother has been viewed by more than half a million times,    and a disclaimer was put on the clip as a warning, stating that the “action in this video could result in serious injury.” 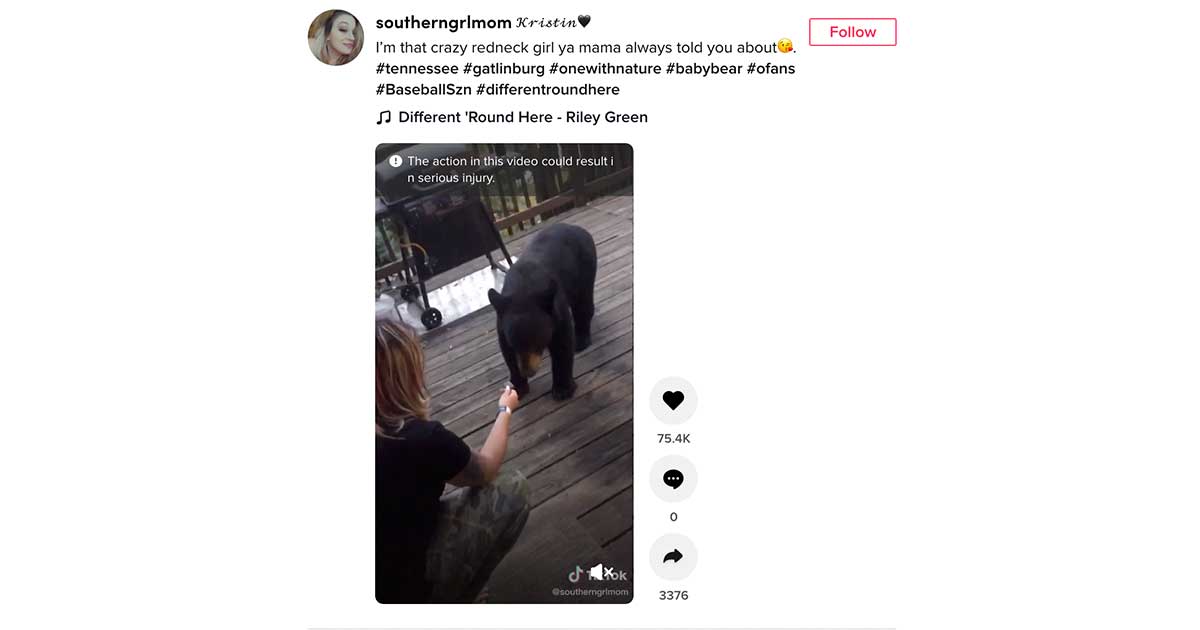 The Tennessee Wildlife Resources Agency posted on their Facebook page that wildlife officials have charged Farris with a misdemeanor violation.

Wildlife officers have worked with the Virginia Department of Wildlife Resources and served Farris with Illegal Black Bear Feeding in Gatlinburg – a Class B Misdemeanor carrying a penalty of up to six months in jail and a $500 fine.

She has been ordered to return to Sevier County in Tennessee to face the consequences, but court records suggest that Farris has not yet turned herself in.

Meanwhile, Farris has posted another video on October 10 claiming that she is not expecting to face repercussions for feeding the black bear.

In the video, she showed a conversation she had with another TikTok user on a green screen, who threatened that she will be “personally drag” her to the TWA.

Farris replied that she had spoken “to them” and will not be charged, while giving a finger while filming herself in front of the screen. 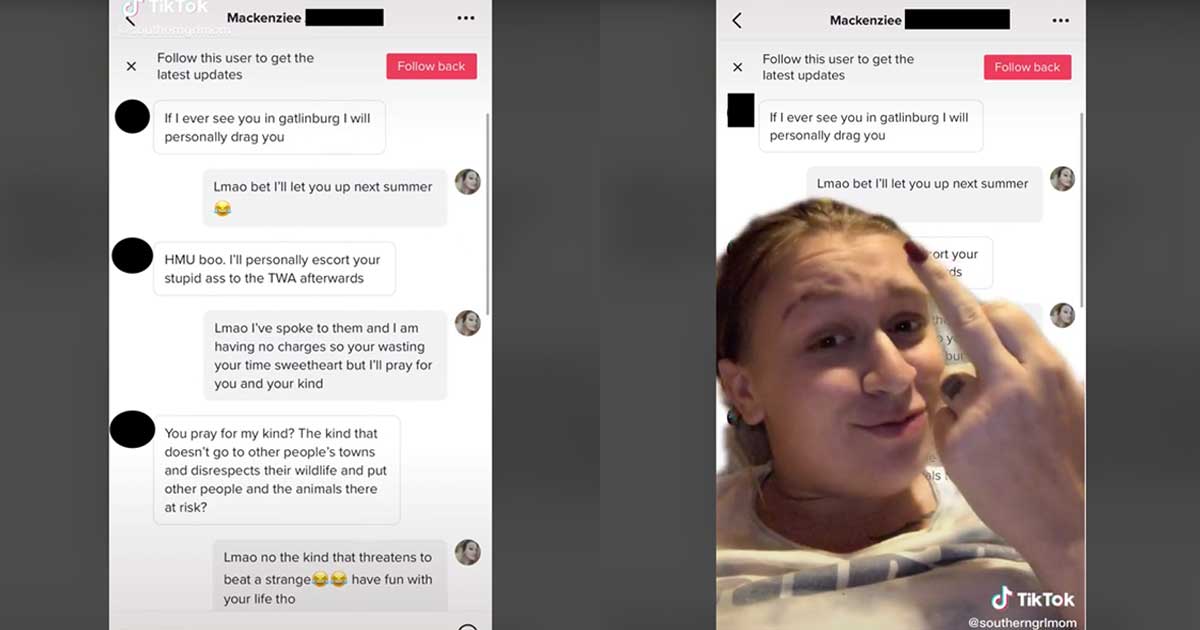 The regulations Farris violated prohibit anyone to feed a black bear or leave food or garbage in a manner that attracts bears, intended to create a buffer zone to deter bears from going further into the city.

“The overwhelming desire to have a close encounter with a black bear is strangely more powerful than common sense,’ Sevier Co. Wildlife Sgt. David Sexton said in a statement.

“Many people intentionally feed bears with little regard for the dire consequences to the bears and humans they leave behind.”