You Can Grow New Brain Cells, Regardless Of Age. Here’s How 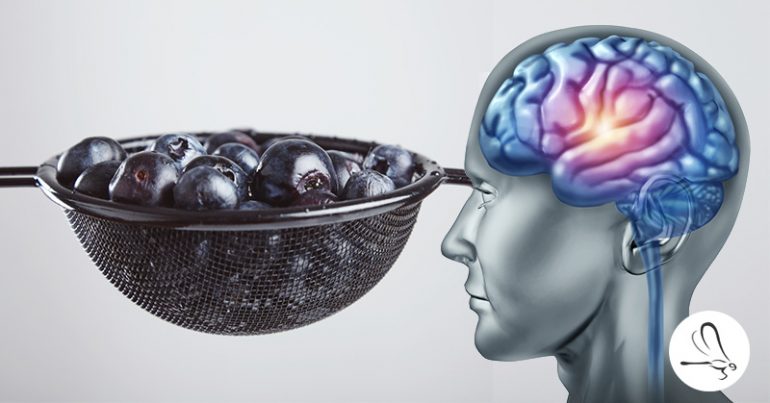 Are adults capable of growing new neurons? Are the brain cells able to regenerate? Sandrine Thuret, who is a neuroscientist is claims that we can, and she is offering practical advice and researches on how we can support our brain’s function to perform neurogenesis better, which will increase the memory formation, improve our mood and will prevent from the decline connected to the aging.

If you are not interested and ensconced in the scientific literature, mostly the neurology field than the title of this post will seem far-fetched, preposterous and like it came from a scientific fiction novel from the 1950’s. But besides that, you need to know that every adult is capable of growing new brain cells, not matter how old they are. Also the scientists were fascinated and shocked when in 2005 found out that the adult mammalian brain has the ability to grow new neurons from pools of stemlike cells.

Traditionally in the neurology it was thought that our brain had the ability to fix itself, which also meant that the loss of brain cells was normal, but the problem was, how will the brain grow new cells, which was completely unfamiliar and unknown to scientists as well. But after the researches that have proven that these facts were not true, first we must wrap our head around the development of new cells before we go any further.

There are many areas and regions that are different in our brain that you can look over, and when new cells are developed is a process which is called Neurogenesis. Mostly it is active during the pre-natal development, but it has been proven that there are 2 brain parts, where the process continues in adulthood. These two parts or regions are called the sub ventricular zone and the hippocampus. While further researching may discover new areas or zones in which neurogenesis is demonstrated, they first must study these two.

For the groundbreaking work in the neurogenesis field, Joseph Altman should be given credit, because he made the most important discoveries both in 1962 and 1963. The work this man had done, at the time was very ignored, which was very unfair. I took a few decades until the 1990’s for the researchers to discover and realize that the neurogenesis can be looked over as a possibility and priority. Actually there is a big possibility that memory and learning are bonded and they are deeply related to certain brain functions and may be affected by the neurogenesis as well.

Aside from memory and learning, there are some other neuronal effects that are happening in the are where the stress is regulated and in certain mechanisms of antidepressants as well. Also the neurogenesis is promising in the areas of Alzheimer’s and depression too!

Therefore you may find this article pretty abstract but also interesting, but you are feeling hopeless for the idea that soon we will be able to regrow new brain cells. If you are impatient than you will wait no longer, you will be amazed when you see how little these measures will cost, also no surgical procedures will be required. These will be methods that will be used by everyone, can be used by anyone, and should be used by all, in order to improve their cognitive potential.

Neorugenesis has been linked to simple exercises and workouts, it was even linked to walking. The growth of the hippocampal tissue can be boosted by simply taking a 45 minute walk every day. This once again shows us how the brain gets affected by the simplest exercises and physical activity.

Besides that the exercising will improve your emotional, mental and physical state, it will also affect the neuronal and intellectual effects. There are also many other studies that show how important and beneficial the physical activity and exercises are for the neurogenesis. This will also decrease the risk of Alzheimer’s disease too!

There are many different things you can do to improve your brain growth besides the exercises and physical activity. First you would want to increase the intake of curcumin, that is contained in the turmeric spice only. According to a study done on lab mice, the curcumin was deeply bonded to the neurogenesis and very beneficial to it. Also there are other studies which have proven that the brain derrived neurotrophic factor expression is elevated with the intake of curcumin. This is quite important, since the BDNF is so important for most of the neurological functions.

Also you should know that with intermittent fasting and caloric restriction you will be able to save the brain cells that were about to die. From this, we conclude that the intake of turmeric would be vital, so you might want to add it in your diet, also some of the methods mentioned above, and a intermittent fast from time to time would be a wonderful idea.

When we humans are being fast, there is another process besides the neurogenesis, which is known as autophagy. This process is where the brain cells are cleaning themselves and they are getting rid of the toxins and junk inside them. Therefore it is clear that this process is very beneficial for neuronal firing and cellular as well. There are other processes and elements that can boost the growth of new brain cells besides the fasting and exercising.
Paleo participants shouldn’t be surprised that omega-3 fat acids would be beneficial in this situation. Also there are studies that have shown that the neurogenesis is supported by the DHA. But there are other reasons that you might want to supplement with DHA, or eat big amounts of wild-caught fish on daily basis, but besides that the DHA effects on the neurogenesis are intriguing.

Another way to improve and support the neurogenesis is the consumption of blueberries. There is a study in which it was proven that the nutrients and ingredients contained in the blueberries have an advantageous effect on the neurogenesis. Since the blueberries can be beneficial for other purposes except for the neurogenesis, than it would be quite wise to include them into your everyday diet. Not only that you will enjoy the cognitive effects of this amazing food, but you will also enjoy its taste and flavor, and experience its antioxidant properties as well.

Leaving all methods mentioned until know, the green tea also has the ability to improve the neurogenesis and increase it. The thing that has been linked to the growth of the newborn cells is the epigallocatechin gallate (EGCG). Also it has been proven that the 5-bromo-2′-deoxyuridine (BrdU)-labeled cell’s production is increased by the EGCG treatment. What does this mean actually? It means that the consumption of green tea or getting proper amounts of EGCG can increase the growth of new brain cells.

Before the neurogenesis was studied on humans, it was researched and studied on lab mice. And surprisingly the EGCG was proven to be very beneficial for the lab mice as well and their neurogenesis. When we want to compare human and rat studies, we always must make sure that the data we are comparing is physiologically relevant. This means that if we are comparing than the doses we are using must be relevant as well. The amount of EGCG that was proven to be beneficial for us, should be consumed normally. You can provide that by the simple consumption of a few cups of green tea on daily basis, or simply taking an EGCG extract.

Now before you think that you have became an expert about the neurogenesis, it would be wise to note and see the realistic outcomes and downsides of the tries for the creation of these new brain cells or neurons. Neurogenesis is not only affected by what you eat or consume, it is also affected by the stress and body processes that are happening, and many other activities in your brain. And according to experts too much neurogenesis can be equally harmful and bad as too little.

It would be wise also to see and note how many brain cells are dying during the neurogensis over the period of 2 weeks. Therefore don’t hope that you can replace your brain with Albert Einstein’s brain. But many neurons that were born will migrate in the molecular layer.

However it would be in your benefit to increase the intake of foods and supplements that are supporting the neurogenesis. But if you live a lifestyle that is filled with a lot of stress, you are on a poor diet, you live unhealthy, than these things will do very little for neurogenesis, almost nothing. You must always look at the whole and complete picture of your body and the whole psyche.

So do you think that you will be able to grew new brain cells, are you feeling confident yet?